It's not the economy, stupid: How clueless elites and greedy bankers help Donald Trump

The economy is improving, but "the Donald" is more popular than ever. Here's what pundits and the wealthy don't get 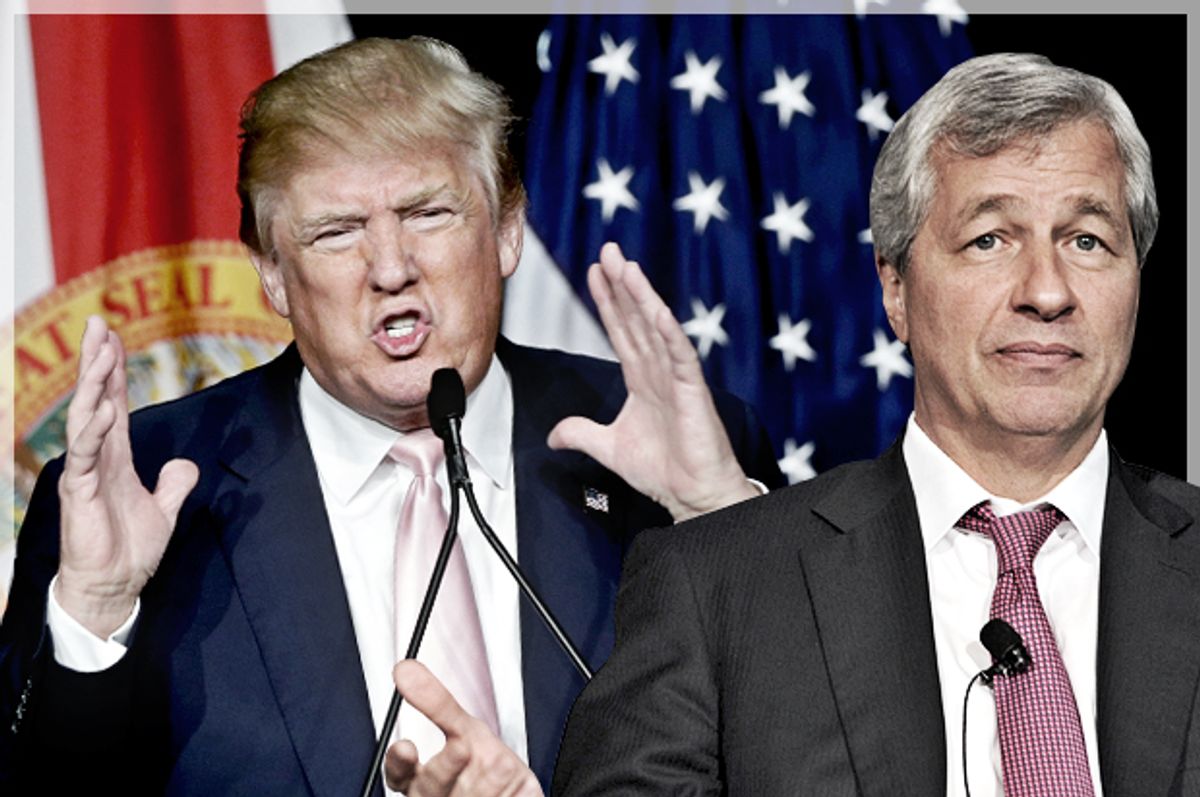 Yesterday was what the media likes to call “Jobs Day,” that monthly ritual during which the Bureau of Labor Statistics releases new data about, well, jobs. And from all indications, it was a pretty good “Jobs Day,” to boot.

According to the BLS, the economy added 211,000 jobs in November, which is more than most experts predicted. Better still, the BLS also upwardly revised its figures for September and October, too. The unemployment rate held steady at 5 percent (thanks, Mitt Romney!). All in all, the labor market continued to be in the best shape it’s been since the ‘90s, back when someone named Clinton was president.

This was all welcome news. And it was a much needed breather after a week that was, even by the standards of American politics, especially grim and foreboding. With mass shootings, international terrorism, and Donald Trump on the rise, people could be forgiven for feeling under siege. Jobs Day was a reminder that at least some things are working right; that maybe our impending doom wasn’t entirely unavoidable.

He’s hardly alone. In fact, ever since mid-2014, when it became clear that the economy had turned a corner, laments like Chait’s have been common. It’s mostly taken for granted that economic performance is the main influence on how voters judge their politicians. So if the economy has been improving over the past few years, why do voters continue to seem so damn mad? “What is going on here,” indeed.

The short answer to Chait’s question is, I don’t know. Trump’s campaign has been one long exercise in bucking expectations; and why people do the things they do is mysterious enough already, even before you throw “the Donald” into the mix. It’s certainly worth noting that most Republicans think the unemployment rate is way, way higher than it actually is. But I think we all know by now that empirical arguments aren’t going to persuade any Trump backers to jump ship.

The longer answer, however, is different. And it requires we focus on wages — specifically, wage growth — rather than the unemployment rate. Because while jobs are more readily available than they’ve been in quite some time, it’s also the case that many of these jobs, to use the technical phrase, basically suck. A lot of them don’t pay much, even to those lucky enough to get full time. So overall wage growth is, as the New York Times euphemistically put it, rather “subdued.”

If wage growth is the problem, what’s the solution? There’s no one single answer, of course, but if the Federal Reserve kept interest rates as low as they are right now, that would probably help. Full employment, which is what economists call it when essentially anyone who wants to get a job can find one, helps give power to workers. And when workers have more power, wages, unsurprisingly, tend to go up.

Yet low unemployment and rising wages can also bring with them the specter of inflation. And the Federal Reserve is responsible for keeping inflation in check, too. The Fed must perform “an eternal balancing act,” as the Week’s Jeff Spross puts it. On one side of the ledger is workers and on the other, those who hold government bonds. The latter tend to be older and wealthier. Go ahead and guess which side usually calls the shots.

Here’s a hint: The main takeaway from yesterday’s good news? The numbers “all but guarantee,” as the Times headline puts it, that rates will go up. The deliberations of the Fed are intentionally opaque, but it’s widely believed that Chairwoman Janet Yellen has been fighting off attempts to raise rates for a while already, arguing that the labor market isn’t strong enough to start worrying about inflation. That fight is (probably) now done.

This doesn’t mean bankers are about to once again stick it to working people — at least not yet. The rate increases are likely to be small and incremental. In fact, the Huffington Post’s Shane Ferro argued in September that most Americans probably won’t even notice. But the fact that Yellen has had to fight this hard to protect the real gains for workers, all because of elites’ inflation hysteria, tells us a lot.

To be clear, I don’t think what’s going on at the Fed can fully answer Chait’s question — “what is going on” — by any means. It would be the height of cluelessness to think rank-and-file voters know who Janet Yellen is or what the Federal Reserve even does. And I don’t want to give Trump’s supporters too much credit. As the New Republic’s Brian Beutler notes, a lot of what’s propelling the man is just simple racism, full stop.

But at least part of “what is going on” here is that many people quite justifiably feel like the economy is still in the doldrums, no matter what economists, pundits and other elites may say. And they think part of the reason they’re getting the short end is because those same elites, at the end of the day, have rigged the game in their favor. Trump speaks directly to these people and validates their suspicions. The endurance of his campaign makes plenty of sense.