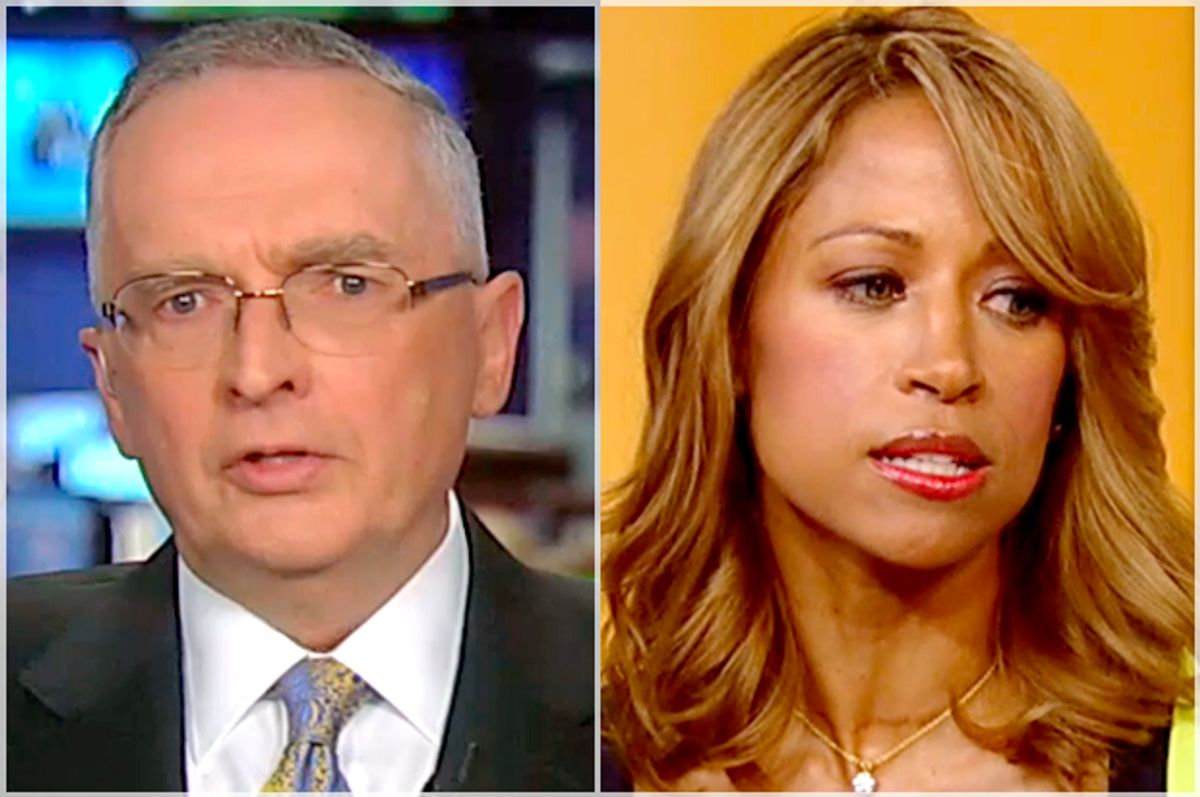 Fox News has suspended two contributors, Ralph Peters and Stacey Dash, who described President Obama as a "p**sy" who doesn't "give a s**t" on air today, reports CNN.

Peters' and Dash's comments "were completely inappropriate and unacceptable for our air," Fox News senior executive vice president Bill Shine said in a statement announcing the suspensions this afternoon.

Peters, who Fox describes as its “strategic analyst," called the president a "total pu---" who "doesn't want to hurt our enemies" during an apperance on Fox Business Channel on Monday. “This guy, [he] is such a total p**sy, it’s stunning,” Peters told host Stuart Varney, reacting to the president's recent address on terrorism.

On her regular turn on the "Outnumbered" couch on Fox News Monday afternoon, former Clueless star Stacey Dash just couldn't contain her anger at President Obama's Sunday evening Oval Office address on terror, saying that "I felt like he could give a shit -- excuse me, like he could care less."

A sure sign of the contributors' coming sacrifice came from the network's "media critic," Howard Kurtz, who tweeted his disapproval of both Dash's and Peter's on-air antics that earlier in the day:

Fox News' faithful did not take word of the pair's suspension kindly, taking to Twitter to lash out at the decision and rally to their support: