If you live in fear, it multiplies fast: "Your entire world simply looks more scary" 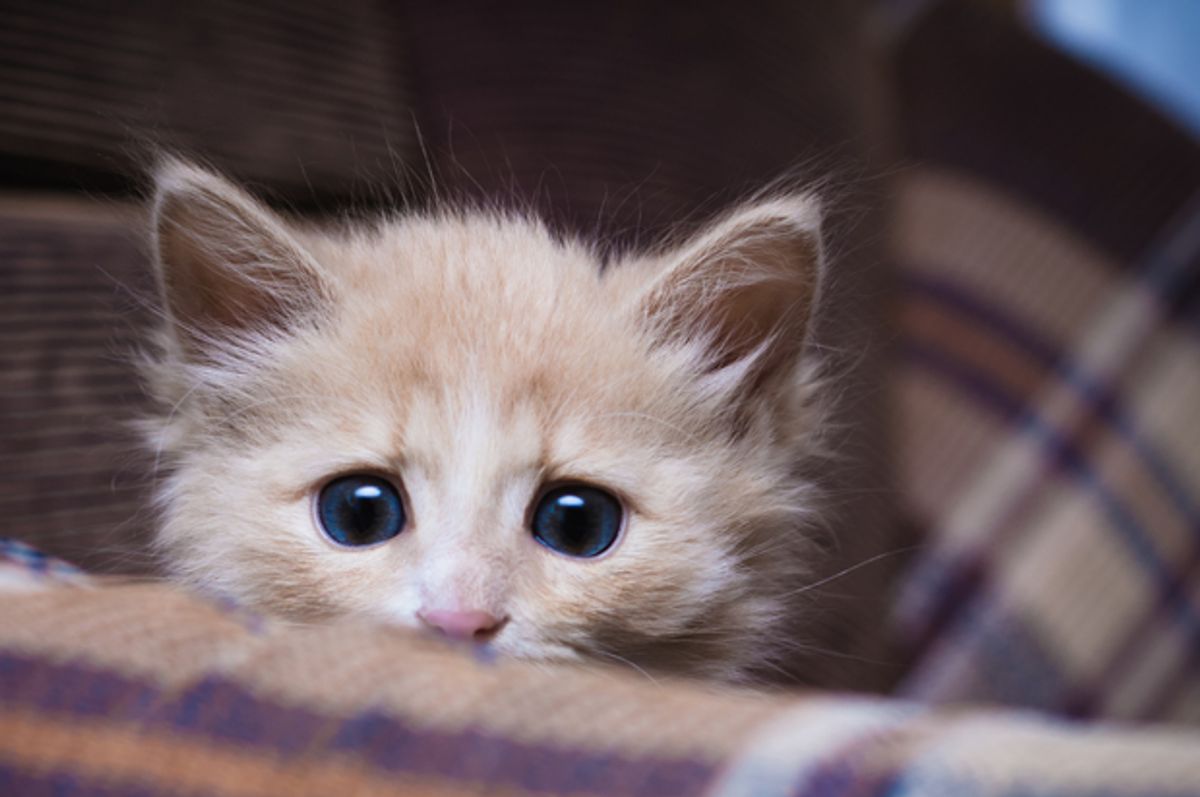 The recent outbreaks of mass violence – especially the attacks on Paris and San Bernardino – have amplified fear, distrust, and paranoia. A New York Times op-ed on Sunday – “National Cognitive Therapy” – described a national mood of anxiety. “We would be fools to insist on being unafraid in the presence of threat,” Richard A. Friedman of the Weill Cornell Medical College wrote. “But we cannot allow fear to rule – or ruin – our lives.”

In his Sunday night address, President Obama spoke about the importance of remaining confident in the face of threat. “Our success won’t depend on tough talk, or abandoning our values, or giving into fear. That’s what groups like ISIL are hoping for. Instead, we will prevail by being strong and smart, resilient and relentless, and by drawing upon every aspect of American power.”

But the fear continues to spread, and it’s begun to redraw the 2016 presidential race, especially on the Republican side, where the tone has become more bloodthirsty.

What effect does fear have on us, our society, politics, and values? We spoke to University of Texas psychology professor Art Markman, author of “Smart Thinking,” and co-host of the radio program “Two Guys On Your Head.”

We spoke to Markman from his office in Austin. The interview has been lightly edited for clarity.

We keep hearing that we should not let fear consume us. But a lot of people are afraid nonetheless, especially after the attacks in Paris and California. What does fear do to us at the individual level?

There are a couple of different elements to fear. The first is, in the moment – when you experience fear – you get a release of a hormone called cortisol, you get an adrenaline rush. It has a lot of effects on the brain when you’re in a fear state. It tends to narrow your focus of attention, and it tends to decrease working memory capacity. Complicated decisions become more difficult for you.

A lot of times this fear response – in our evolutionary [history] – was triggered by things that were in fact really dangerous in the moment.

Exactly right. So we’re getting reactions that would be great if we had to fight something off. If you’re in a legitimately dangerous situation, that’s a great reaction to have.

If you’re sitting in the comfort of your home, but watching a frightening event on television, or just experiencing serious dread because of having read the news, that reaction is not as valuable. And we as humans are capable of carrying on a fear response for an awfully long time. What are initial benefits in a dangerous situation become a real drag over the long term. Chronic stress – which is basically a chronic fear response – leads to a depressed immune system. You’ll actually physically make yourself sick if you maintain that fear response.

[Fear] heightens your sensitivity to potential negative outcomes in you environment. Being fearful of a particular thing makes you aware of all the fearful things: Your entire world simply looks more scary.

If you’re afraid of something like a terrorist attack, it colors the way you look at everything else.

What effects does fear have on a society and its politics?

How do you create the absence of fear? You gravitate toward things that provide security: Armies and policing. Things designed to protect us from dangers. It’s like when you think of a football team – the difference between playing to win a game versus playing not to lose. When you get into a chronic fearful state as a society, you start playing not to lose: When you’re in an avoidance mode, your goal is to avoid calamity. You don’t take risks in order to achieve greatness – you take risks to ensure that nobody gets hurt.

To the extent that we want to be creative as a society, to be innovative as society, to solve difficult societal problems – if we want to engage those in creative ways, then a fear-based approach is not likely to lead us there.

It makes us less cautious, less creative, more concerned about security and might… What does it do to our value systems as a society?

Does this period remind you of the post-9/11 period?

One of the things great national tragedies can do is to bring people together. There was tremendous unity after 9/11… It’s probably the last time we’ve seen significant bipartisan cooperation in Washington, D.C. Right now, politically we’re seeing a real fracturing: The Republican primary is all over the place, and the gap between Democrats and Republicans is enormous. There is no sense in which what we’re experiencing is leading to a national unity.

One of the dangers with [fear] is that there are some serious issues that need to be solved; these are complex issues. The topic of firearms has a lot of complexity to it: Anyone who thinks there’s a simple solution – either arm everyone or arm no one – is probably wrong. It will require some real significant thought and some real significant compromise from people who disagree on things. It’s the same with individual rights versus security, with our desire to take in refugees versus our desire for security.

These are all complicated issues. But in times of fear we seek messages that feel secure to us. We seek messages that reinforce our existing beliefs. And part of our fracturing right now is we have people clinging to beliefs that are comfortable to them. In the short term, that leads us to feel a little more secure. In the long run, it doesn’t push us any closer to the problem we face.