"Trouble in the heartland," indeed: See Bruce Springsteen get political on the day after Reagan's election in this amazing concert film

Rare footage from a Tempe, AZ concert on November 5, 1980, is available for the first time in a new box set 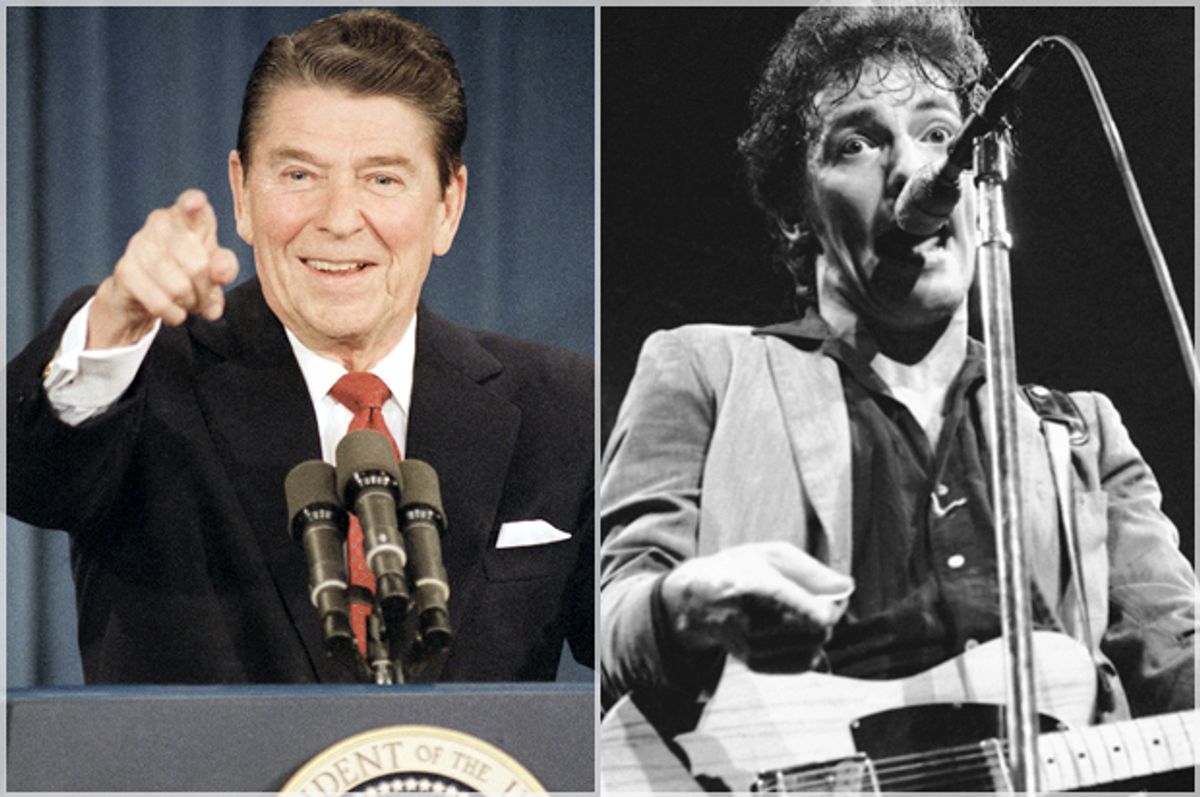 On November 4, 1980, Ronald Reagan was elected into office. On November 5, Bruce Springsteen and the E Street Band performed at the ASU Activity Center at Arizona State University in Tempe. Extensive pro-shot video footage of this concert has been made available for the first time on DVD/Blu-ray included as part of the new box set, “The Ties That Bind: The River Collection,” which Columbia released last Friday.

Bruce had stayed up late watching the election returns, but he didn’t allude to anything that was on his mind until right before “Independence Day.” This would normally be the area of the show where Springsteen would offer a long monologue about his troubled relationship with his father. Tonight, he talked about being young, struggling in school, and how music offered him an idea that his life could be different.

But it would be right before “Badlands” that Springsteen got to the heart of the matter: “I don’t know what you guys think about what happened last night, but I think it’s pretty frightening....you guys are young, there’s gonna be a lot of people depending on you coming up, so this is for you....” There’s an audible gasp, and loud applause, as well as murmurs that sound disapproving, or maybe just surprised that Bruce would be so publicly outspoken--this is the same man that headlined two shows against nuclear energy without making a public statement. With that, the band marches into “Badlands.” But this isn’t just any “Badlands,” it’s the same “Badlands” that was used on the “Live 1975-85” live box set as a definitive example of what “Badlands” is supposed to be: “Lights out tonight/trouble in the heartland…”

Trouble in the heartland, indeed.

What’s equally as important as Springsteen’s first political gesture in public is the release of video footage of this caliber. Tempe just happened to be an exceptional night for the E Street Band. The performance that night was operating on extra intensity, whether it was because of the election or because the band was already in prime tour form. Unlike other archival live films, the Tempe footage hasn’t circulated in collector circles, and the quality dramatically exceeds anything else out there from this era. Director Thom Zimny, who’s been working with Bruce for over a decade, had access to all of the footage from the 4 cameras that were used that night, and has created a coherent and energetic experience that brings you into all of the important details of the show. That might seem obvious, but every music fan has watched a live concert film and been frustrated that the director cuts to the wrong angle at the wrong instant. Zimny (who doesn’t hide that he’s a fan) has spoken passionately about finding those moments of stage business or band interaction in the Tempe footage, and making sure they were used.

The only disappointment is that this is not the complete show. This was the '80s, and there wasn’t any thought to filming an entire concert for release; this was footage being grabbed for promotional use. So there are 10 songs missing. But 10 songs missing out of a 34-song set still gives you 24 songs, which for most artists is a complete concert, including encore. Unless you have the setlist memorized, it’s unlikely that you’ll even notice anything is missing; the editing is deft and seamless. The audio was mixed by the great Bob Clearmountain, and it does not disappoint.

The Tempe footage is a remarkable document, and although one show alone can’t possibly capture the entirety of the tour, it certainly conveys what the live show was like back then, and provides important depth to the experience the box set means to convey.