Heil Trump! The Times of Israel uses a telling photograph of the Donald to highlight "the nativist racism inherent in his latest remarks"

It turns out that Israelis aren't happy about candidates employing Nazi rhetoric, even if it's against Muslims 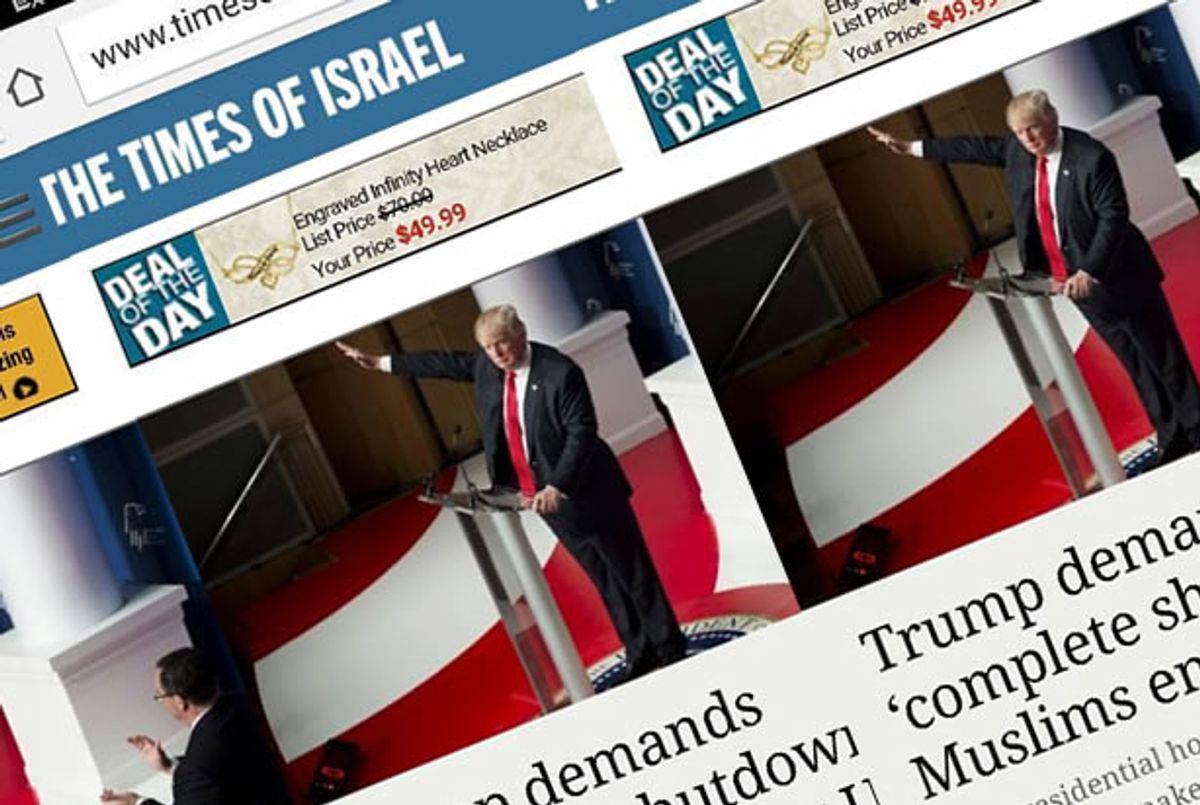 In an apparent attempt to one-up the New Daily News, the Times of Israel published a highly suggestive photograph of Donald Trump alongside its account of the Republican front-runner's statements about barring all Muslims, including United States citizens currently abroad, from entering the country.

Is the photograph entirely fair? Of course not. But in the wake of Trump's statements about miserly, money-wary Jews, it shouldn't be surprising that the Israeli press has decided to remove the kid gloves and start fighting dirty.

Trump will insist that the Anti-Defamation League "cleared" him of making any anti-Semitic remarks last week, but unfortunately for Trump, last week was last week, and tonight the ADL released a statement saying that "in the Jewish community, we know all too well what can happen when a particular religious group is singled out for stereotyping and scapegoating. We also know that this country must not give into fear by turning its back on its fundamental values, even at a time of great crisis."

The director of the American Jewish Committee, David Harris, was even more blunt in his assessment, saying that "as Jews who are now observing Hanukkah, a holiday that celebrates a small religious minority’s right to live unmolested, we are deeply disturbed by the nativist racism inherent in the candidate’s latest remarks. You don’t need to go back to the Hanukkah story to see the horrific results of religious persecution; religious stereotyping of this sort has been tried often, inevitably with disastrous results."