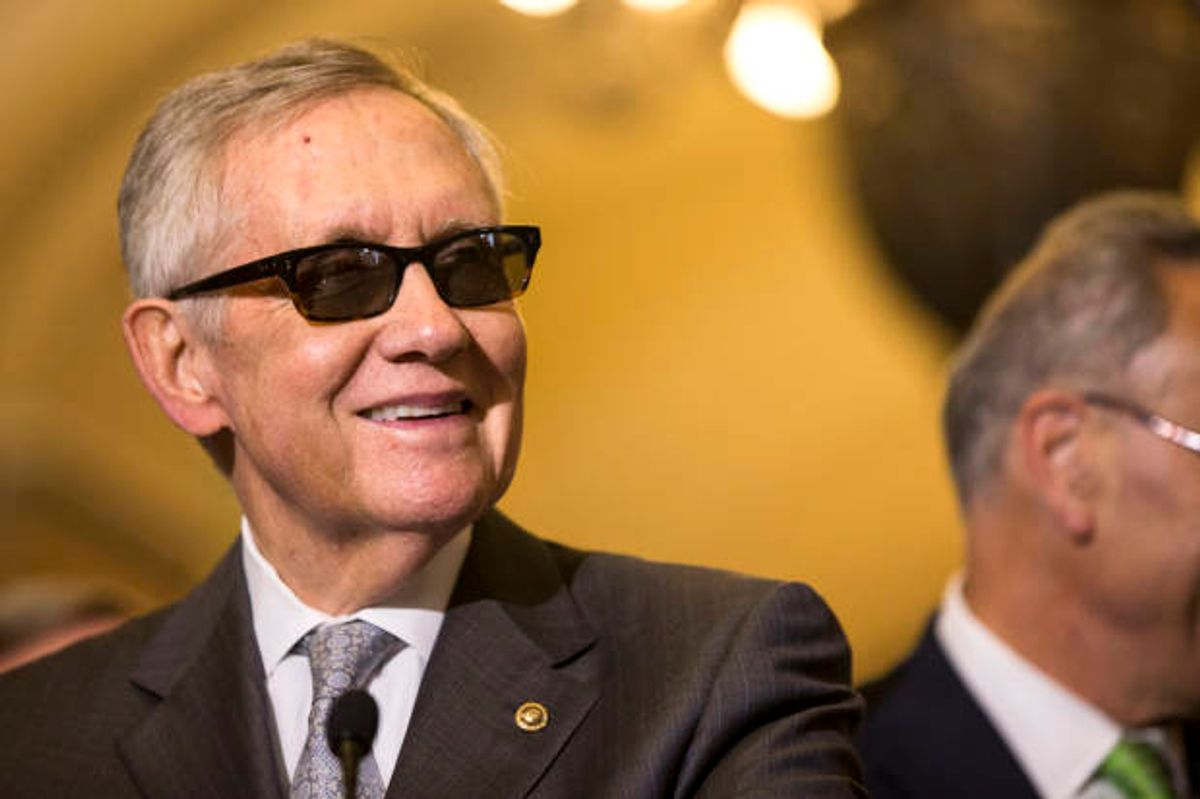 Senate Minority Leader Harry Reid, ever the skilled troll of Congressional Republicans, took to Twitter and the U.S. Senate floor on Tuesday to call out Republicans who disingenuously rushed to condemn Donald Trump's proposed ban on all Muslims entering the United States while working overtime to foment the anti-Muslim, anti-immigrant, racist environment in which Trump finds himself thriving -- the Republican base.

"This is not conservatism," newly-minted House Speaker Paul Ryan said of Trump's latest xenophobic proposal at a news conference with House Republicans Tuesday. "What was proposed was not what party stands for or country stands for."

In a floor speech on Tuesday, Reid disagreed with Ryan's assessment, arguing that "sadly, however, Donald Trump is the Republican Party." The Democratic leader called out Trump's GOP presidential rivals like Jeb! Bush and Texas Senator Ted Cruz for similarly proposing religious tests for refugees.

"You can’t condemn Trump when you want to impose a religious test on women and children fleeing death and persecution," Reid said of Trump's rivals. Bush was quick to call Trump "unhinged" after he released his Muslim ban plan on Monday. "Ben Carson has called Muslims 'rabid dogs,'" Reid added, pointing out the widespread nature of the GOP's current anti-Muslim sentiments. "Chris Christie has said they should be tracked."

"Let’s not fool ourselves," Reid offered. "Republican candidates condemn Trump’s remarks, and then adopt his racist policies as their own":

This sort of racism has been prevalent in Republican politics for decades. Trump is just saying out loud what other Republicans merely suggest. Political leaders must condemn these hateful, un-American statements with their words and their actions.  Silence only empowers the bigots.

Watch Reid call out the Republican Party for breeding Trump-style racism on the Senate floor: