Scott Weiland's ex-wife nails our shallow obsession with dead rock stars: "Don't glorify this tragedy with talk of rock and roll and the demons" 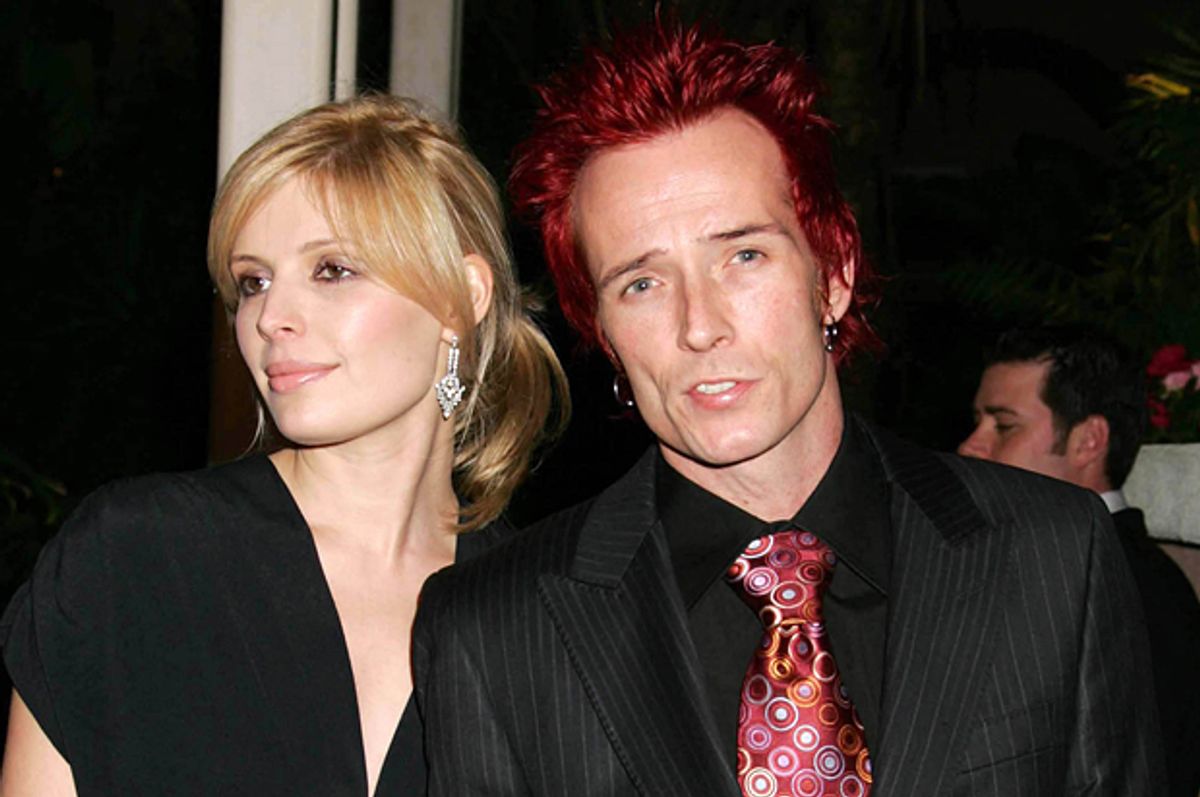 Drug abuse and mental illness are not romantic. They are not prerequisites to being an authentic artist. They are, if you want to get right down to it, debilitating and often tragically fatal conditions. They are also exhausting, exasperating and reliably just plain disappointing — and not just to the person struggling with them. They're a hurricane of broken promises and messes to clean up to that person's family. If you have someone like that in your own clan, you clan, you know. And if you don't, please take the word of Mary Forsberg Weiland.

In a blistering letter in Rolling Stone published just four days after the death of Scott Weiland, the Stone Temple Pilots singer's ex-wife lays out the shattering reality of what it's like to live in the wreckage of another's disasters. "December 3rd, 2015 is not the day Scott Weiland died," she writes. "It is the official day the public will use to mourn him, and it was the last day he could be propped up in front of a microphone for the financial benefit or enjoyment of others." A death like Weiland's isn't an abrupt act. It's a slow and agonizing estrangement.

Written with the assistance of Weiland's 15 year-old son Noah and 13 year-old daughter Lucy, the plea "Don't Glorify This Tragedy" is an inside view of the sad, infuriating offstage last years of Weiland's life. "We don't want to downplay Scott's amazing talent, presence or his ability to light up any stage with brilliant electricity," Mary, who was wed to him for seven years, writes. But she goes on to say, "Many of these artists have children. Children with tears in their eyes, experiencing panic because their cries go unheard."

The former model now admits that when writing "All Fall Down," her 2009 memoir of "drugs, rock n' roll, and mental illness," she held back on her story. "It pained me to sometimes gloss over so much grief and struggle," she says, "but I did what I thought was best for Noah and Lucy."

Now, though, she writes of Scott's "paranoid fits" while she herself faced depression, saying, "There were times that Child Protective Services did not allow him to to be alone with them." She says that when he remarried — to photographer Jamie Wachtel, in 2013 — "The children were replaced. They were not invited to his wedding; child support checks often never arrived…. They have never set foot into his house, and they can't remember the last time they saw him on a Father's Day."

Though one might challenge Mary Weiland's assertion that her former husband "chose to give up" — mental health issues and addiction don't always give their targets that luxury of choice — her command that "We don't glorify this tragedy with talk of rock and roll and the demons that, by the way, don't have to come with it" is spot on. It's awful and unfair that not every death from drugs, alcohol or mental illness can be prevented. But every single one leaves a trail of broken promises and broken hearts in its wake. Kurt Cobain's daughter Frances Bean was not yet two when he committed suicide. Shannon Hoon's daughter was only three months old when he overdosed. Lisa Marie Presley was nine when her father died. And while emotional torment may make for some great songs, it makes for absolutely crappy parenting. So take Mary Weiland's advice, and "Skip the depressing T-shirt with 1967-2015 on it – use the money to take a kid to a ballgame or out for ice cream."