Can we call it "terrorism" yet? Suspected Planned Parenthood shooter says "I'm a warrior for the babies" 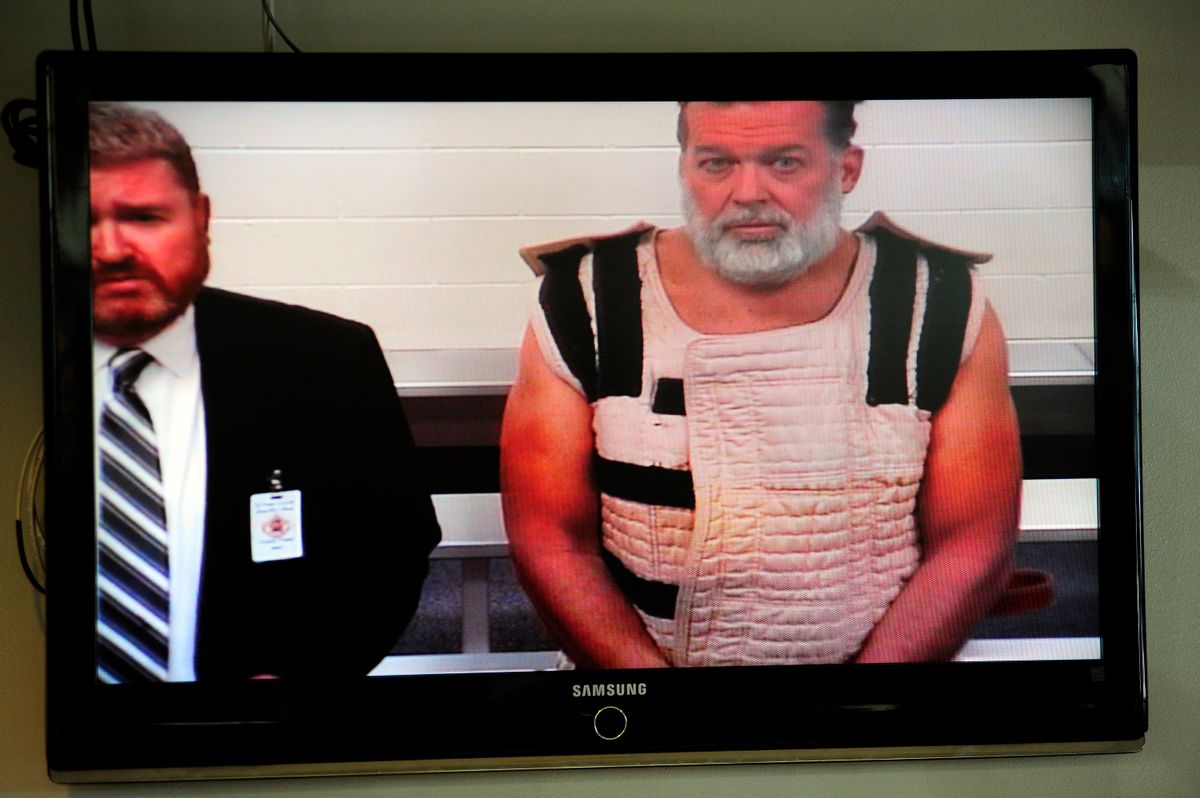 FILE - In this Monday, Nov. 30, 2015, file photo, Colorado Springs shooting suspect, Robert Dear, right, appears via video before Judge Gilbert Martinez, with public defender Dan King, left, at the El Paso County Criminal Justice Center for this first court appearance, where he was told he faces first degree murder charges in Colorado Springs, Colo. The man accused of killing multiple people at a Planned Parenthood clinic in Colorado asked at least one person in a nearby shopping center for directions to the facility before opening fire, a law enforcement official said. (Daniel Owen/The Gazette via AP, Pool) (AP)
--

"I'm guilty, there's no trial. I'm a warrior for the babies," Robert Lewis Dear shouted in court today. Dear is the suspected rifle-clad white man who shot 12 people at a Planned Parenthood clinic in Colorado in November in a bloody five-hour siege. He killed three people, including a mother of two.

Dear made these comments, which were confirmed by Reuters, in El Paso County Court, where he was attending his initial arraignment hearing.

Although the media was very slow to dub Dear a terrorist, Colorado Springs Mayor John Suthers said the attack on the women's reproductive health facility was likely an act of terrorism. Dear's comments appear to confirm the mayor's suspicions.

Authorities who questioned Dear initially insisted that he was "definitely politically motivated." Law enforcement officials said the suspected shooter -- who has a long criminal record, and was well known to local authorities -- admitted he has anti-abortion and right-wing, anti-government views.

In questioning by authorities, Dear used the phrase "no more baby parts," referencing a thoroughly debunked myth about Planned Parenthood that has been spread by anti-abortion groups and right-wing politicians.

Dear's neighbor told BuzzFeed that the suspected shooter had in the past handed out anti-Obama pamphlets, and authorities told NBC that Dear had made comments about Obama during questioning.

Planned Parenthood initially stated that the shooter "was motivated by opposition to safe and legal abortion."

In the U.S., violent right-wing extremism is on the rise. The National Abortion Federation has documented at least 73 attacks on U.S. abortion providers since 1997.