Trump is running one of the ugliest campaigns ever. His success demands we take a closer look at ourselves 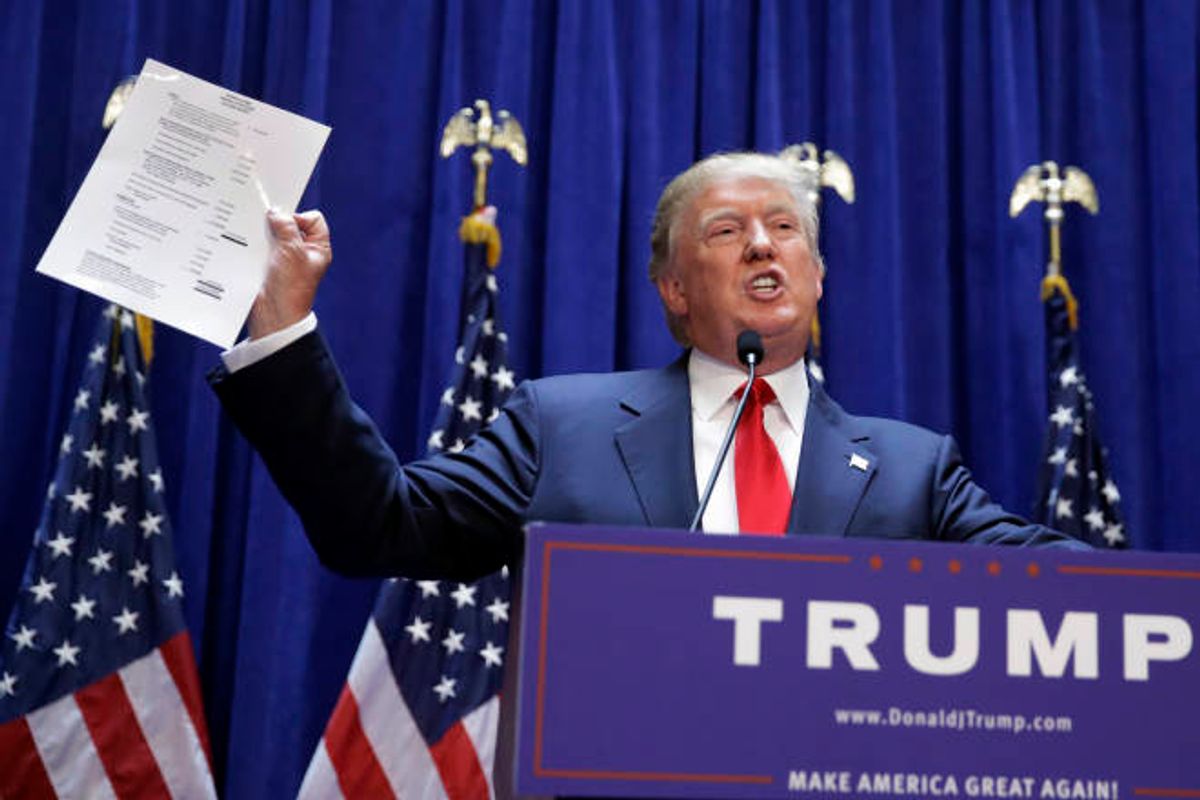 Now that Donald Trump has thrown down the gauntlet and proposed a complete (and total!) ban on Muslims entering the United States, it may be that his presidential campaign has reached its zenith.

Not in the sense measured by polling, though. As the Trump camp seems to understand, whenever the real estate mogul breaks an unwritten law of American politics, his numbers go up. And that’s especially true if the unwritten, now-broken rule can be described as an element of “political correctness” (an increasingly meaningless term Trump assigns to everything he dislikes).

With Trump getting hammered by representatives of the Powers That Be like Speaker of the House Paul Ryan, Majority Leader Mitch McConnell and White House Press Secretary Josh Earnest, you can expect him to hold onto his position atop the polls. In fact, he’ll probably do better than ever — or at least well enough to put a stop to his recent slide. Our long national nightmare, in other words, is not over.

When I wonder if this isn’t Peak Trump, then, it’s not because I expect his campaign will soon crumble. I don’t think it will. Rather, what I’m wondering is if this whole Trump campaign — this whole episode, for lack of a better word — is about to undergo a transformation. Before, the campaign was about him. But now, it’s starting to become about something different. It’s starting to become about us.

On a basic level, that was always true; democratic elections are always just as much about the voters as the candidates. But for much of the 2016 cycle, media and public discussion of Trump’s campaign has focused on what its many spasms of authoritarian kitsch say about “the Donald.” Is he a populist? A xenophobe? A misogynist? A fascist?

These are the questions with which we’ve thus far concerned ourselves. And it’s not hard to understand why. Talking about Trump is simply easier than talking about ourselves. This is true in a logistical sense; responding to his incendiary quotes is a lot less time-consuming than diving into public polling. But it’s true in a psychological sense, too. Particularly for elites whose knowledge of “the people” is mostly abstract.

Why? Because Donald Trump, for all his larger-than-life personality, is ultimately just an individual. If he turns out to be xenophobic, misogynistic, anti-Muslim and so forth, then that’s a problem that is relatively easy to solve. You just get rid of Trump. Easier said than done, granted, but human beings were able to create atomic weapons and the Internet. If ostracizing one man was all it took to make U.S. politics run smoothly, it’d get done.

But that’s the problem, of course, and it’s one that’s getting ever more difficult for us to deny. Marginalizing “Trumpism” will require much, much more than simply taking down Trump. Because while the man himself is clearly an extraordinarily talented media manipulator, he’s also quite an imperfect vessel for his brand of demagoguery. Which suggests that it’s the material he’s working with that matters — not Trump.

Here’s how Al Jazeera America’s Ned Resnikoff recently put the argument, noting that while the GOP establishment could defeat Trump if it wanted, it’s going to have a much tougher time defeating Trumpism itself:

Recent polling shows that Trump’s anti-immigration message resonates most strongly among white people with relatively little formal schooling, a core constituency for the Republican Party. That same demographic bloc is in crisis: Recent research has shown that life expectancies for working-class white men are dropping off, even as they otherwise continue to improve across the board.

Trump has tapped into the despair and anger of many-working class white people. His fans, when speaking to the press, will often depict him as a champion of the working man standing athwart job-stealing immigrants and currency-manipulating foreigners.

As Resnikoff goes on to argue, there is little reason for anyone bothered by the above dynamic to feel optimistic about the near- and medium-term future. Economic inequality in the U.S. is not slowing down, much less reversing itself. And even if hard-liners in the House manage to stave off comprehensive immigration reform for longer than most expect, the general decline of the white working class will continue.

So how might the Trump campaign be forcing Americans to take a closer look at themselves, as I argued to begin this post? The answer can be found in one of Resnikoff’s other observations — that the Trump phenomenon is strikingly reminiscent of the right-wing populist movements currently roiling politics in Western European nations like Italy, the United Kingdom and France.

“Trumpism,” Resnikoff writes, “like European right-wing populism, is a reaction against decades of economic stagnation, a perceived loss of national prestige, and the large-scale immigration that is thought to exacerbate both.” Economic dislocation and ethnic scapegoating — this is the kindling with which Trumpism burns. It’s also the toxic political environment we’ve been taught to associate with fascism.

What Trump’s campaign is doing, in effect, is make Americans acknowledge something about themselves they’ve long preferred to ignore. Namely, that they’re not so different. In the era before Trumpism, we Americans used to tell ourselves that far-right authoritarian nationalism was other people’s problem. We used to think we were immune; that it couldn’t happen here.

Lately, however, the conversation we have about ourselves has started to sound a bit different. A certain self-confidence in our own dedication to liberal democracy — an innocence, really — is now missing. In the end, that disabuse may be what we most remember about this campaign. For perhaps the first time ever, self-awareness is on the rise thanks to Donald Trump.