We're talking about the wrong extremists: The radicals who must be stopped are Trump and the GOP, not Muslims 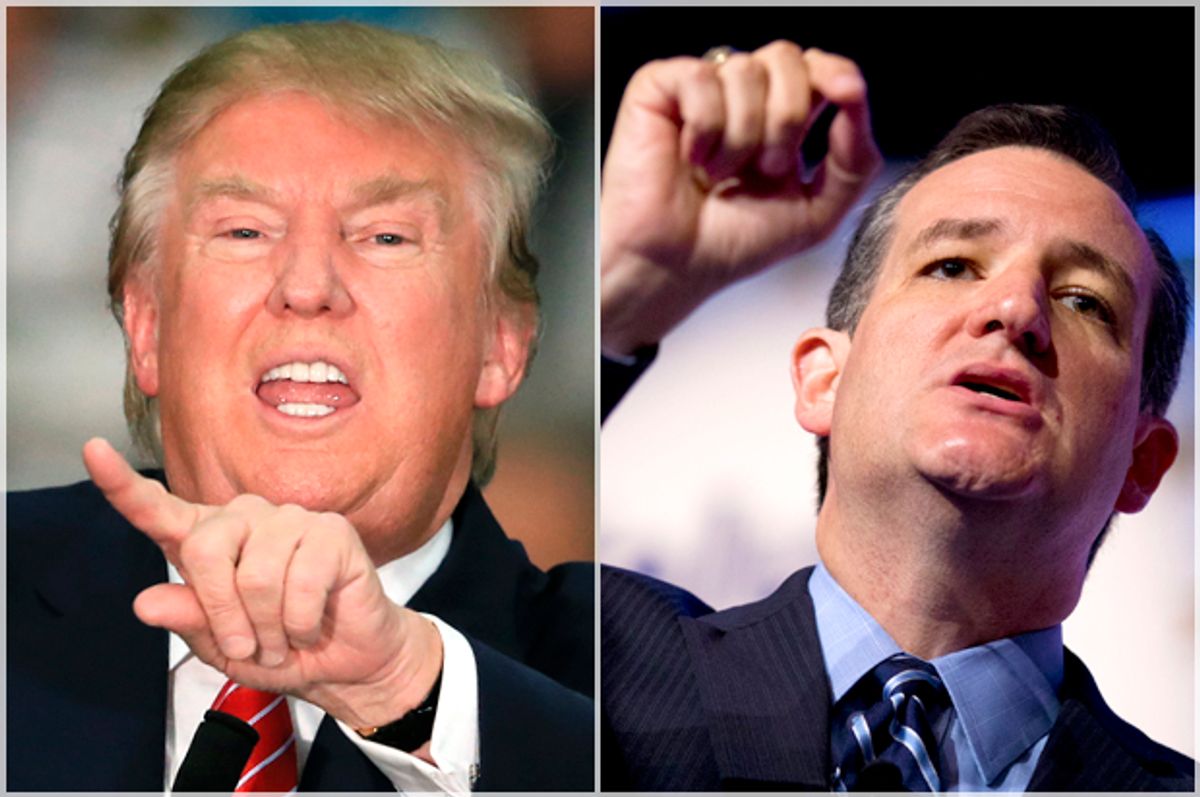 You have a problem. Funnily enough, it's the same problem you accuse us (American Muslims, or maybe Muslims generally) of having: Extremism. But we recognize that there are dangerous extremists who act in our name. You don't.

The overwhelming majority of the world's Muslims denounce extremism, and nearly every single scholar, institute, community and country I can think of opposes radicalism. Your party, meanwhile, is being led by an extremist. You don't even know the scale of your problem.

This is not a problem because it makes you unelectable. Although, probably, it does. I have to hope so. I have to believe so. (This is my country, so the idea of Trump running it terrifies me.)

This is not a problem because, as Chris Christie timidly pointed out in response to Donald Trump's latest proposal, banning Muslims "wouldn't even be productive."

This is not a problem because it violates the Constitution, although, of course, like most of your proposals, it evinces a dim familiarity with facts and a creative relationship to the law.

This is not a problem because it is legally impossible, or dramatically unlikely. The problem is something more than that. It is the public audaciousness of the rhetoric. Its escalatory, insidious nature.

This is a problem because it is wrong. Far be it from me to point out the irony of the Republican Party slouching toward Germania, but we have on our hands a real problem on the American right. It shows no going away, a disturbing imperviousness to facts -- radical conservatives believe they understand science better than scientists, Islam better than Muslims, and Catholicism better than the pope -- and a resilience in numbers. We can make all the jokes we want.

Say, under this plan, Obama's father would've never been allowed into America.  Imagining religious tests at customs. Wondering if the NBA's Omer Asik can return after an away game in Toronto. It's funny, it's great Twitter fodder, and it perhaps can best be dealt with humorously.

But this isn't just the GOP's problem.

Once this kind of language enters mainstream discourse, it is hard to remove. I know; the same happened to Muslim communities with the ideologization and politicization of religion. We should know this as Americans, too. We spent most of our history suffering under supremacism and racism.

It took us centuries to get to that point, and Donald Trump is beating it all back, capturing the media day in and day out. No matter how outrageous the things he says, we cannot seem to be rid of him. That is not an indictment of the American right so much as it is of our democracy.

If not for Trump, someone else would have filled this moment. The monster he feeds, the resentment and racism he stirs up, the conversations he makes acceptable and even laudable, these have consequences. In hate crimes, in anti-black, anti-Muslim, anti-Latino, anti-immigrant actions and violence. But more than that. The last time Republicans were in charge, they responded to Sept. 11 by invading Iraq. The people who deny us gun control have terrible aim. Just imagine what he can do.

And how many people will be cheering as he does! "You can march triumphantly," a German proverb goes, "into your own grave."