"Demoralization has been the biggest enemy," Stromfront said of its recruitment, but "Trump is changing all that” 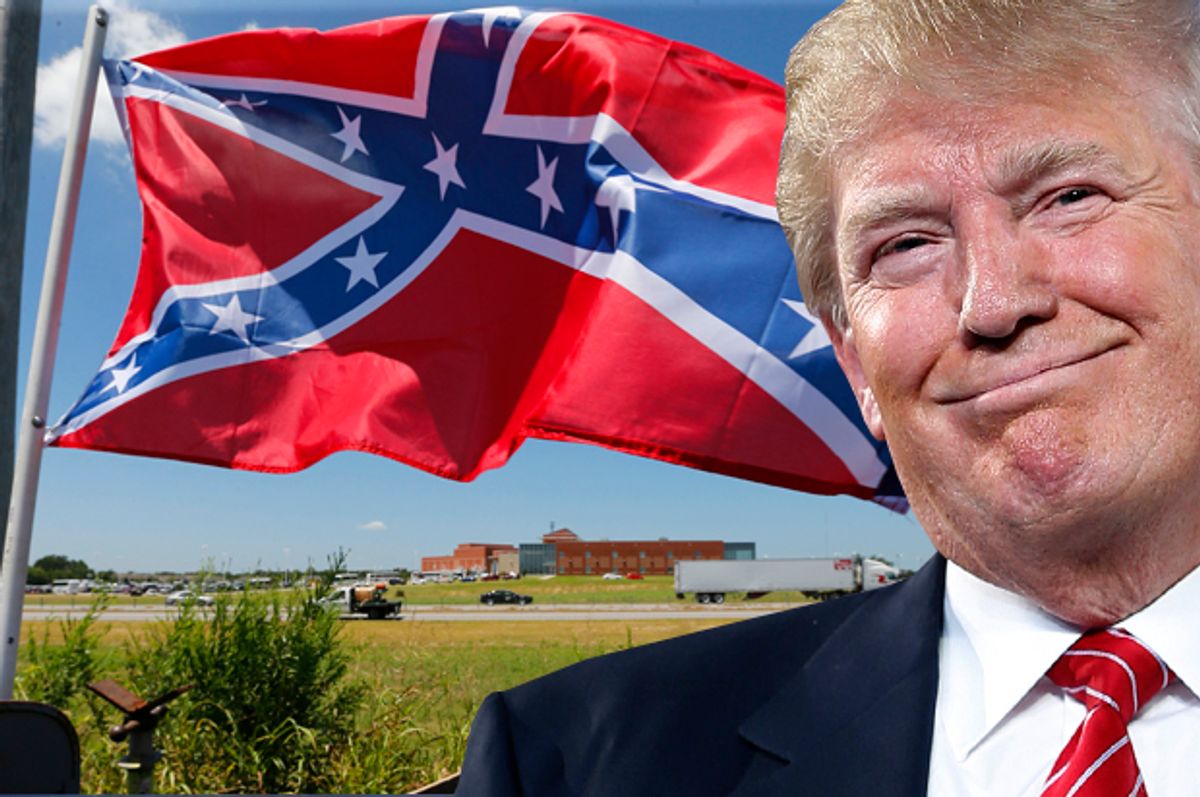 Donald Trump's racist, nativist and bigoted campaign has grown so popular that America's most prominent white supremacist website has been forced to upgrade its servers to deal with the Trump-inspired traffic bump.

Politico reports that Stormfront, a website described as "a community of racial realists and idealists" on its homepage, sees a 30 to 40 percent spike in traffic whenever Trump spews his anti-immigrant or anti-Muslim bile. The site that hosts chat forums on a range of issues of interest for American racists, including a support group for teenagers looking to "come out" as White Nationalists and a forum that purports to offer the "truth about Martin Luther King," already received a million unique visitors a month but credits Trump with its recent spike in traffic. Stormfront founder Don Black told Politico that Trump "has sparked an insurgency and I don’t think it’s going to go away.”

“Demoralization has been the biggest enemy and Trump is changing all that,” Black explained, predicting that Trump's contribution to the national discourse will outlive his time in the spotlight, at least in white supremacist circles. “He’s certainly creating a movement that will continue independently of him even if he does fold at some point,” Black said.

The modern day KKK, the Arkansas-based Knights Party, also credits Trump with aiding their recruitment efforts. “Right now he is a major talking point. He is in the news a lot,” spokesperson Rachel Pendergraft told Politico. Former imperial wizard of the KKK, David Duke, recently endorsed Trump's proposed ban on all Muslims entering the United States and has previously called Trump "the best of the lot," referring to the crowded GOP presidential field. “He’s meant a lot for the human rights of European Americans," Duke told Politico. “He’s made it ok to talk about these incredible concerns of European Americans today, because I think European Americans know they are the only group that can’t defend their own essential interests and their point of view.”