The Council on American-Islamic Relations (CAIR) says it considers this a "hate crime"; the FBI is investigating 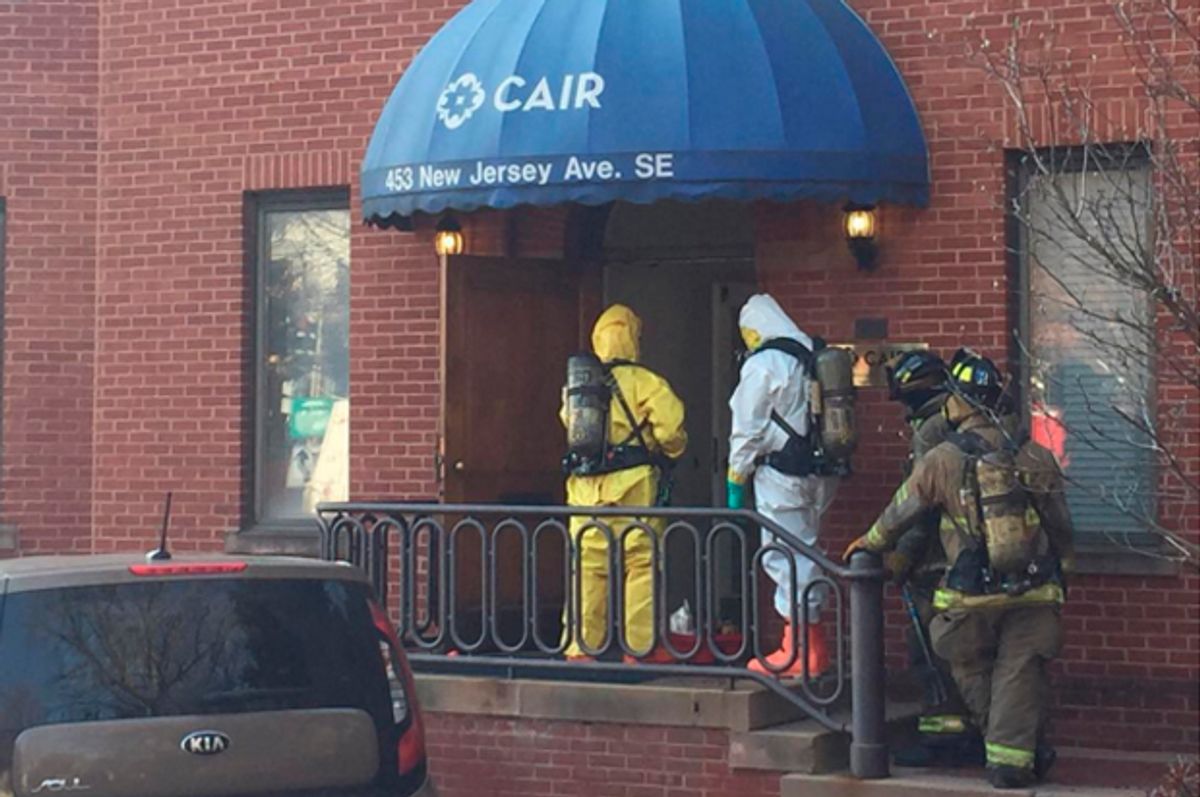 Police evacuated the Washington, D.C. office of the leading Muslim civil rights organization the Council on American-Islamic Relations (CAIR) on Thursday afternoon after a "foreign substance" was received in the mail.

CAIR spokesperson Ibrahim Hooper told Salon that a preliminary investigation by the FBI found that the substance did not immediately appear to be harmful, but further, more extensive tests need to be conducted.

Hooper said the letter with the foreign substance "did contain a hate message."

"Clearly this was a targeted hate crime," the CAIR spokesperson told Salon. "Somebody sent something to create fear and intimidation through sending a foreign substance."

"It's definitely connected to the rise in anti-Muslim hate in our society, fueled by people like Donald Trump and Ben Carson," Hooper added, referring to the Republican presidential candidates who have proposed anti-Muslim policies.

By around 3 p.m., Hooper said the building was deemed safe, and CAIR staff re-entered.

"We receive hate messages daily because of our advocacy on behalf of the American Muslim community," remarked Staff Attorney Maha Sayed in a statement. "It's frightening to experience the hate manifest itself to such a real level. This will not deter us from continuing to protect the civil rights and liberties of all Americans."

The civil rights organization also posted photos of the evacuation to its Facebook account. The photos show authorities inspecting the office in chemical suits. This article will be updated as soon as more information is available.