No, Burt Reynolds, Charlie Sheen doesn't "deserve" HIV: Why "I don't feel bad for him" is the wrong answer to the wrong question

Why do we keep asking people whether they feel "sympathy"? 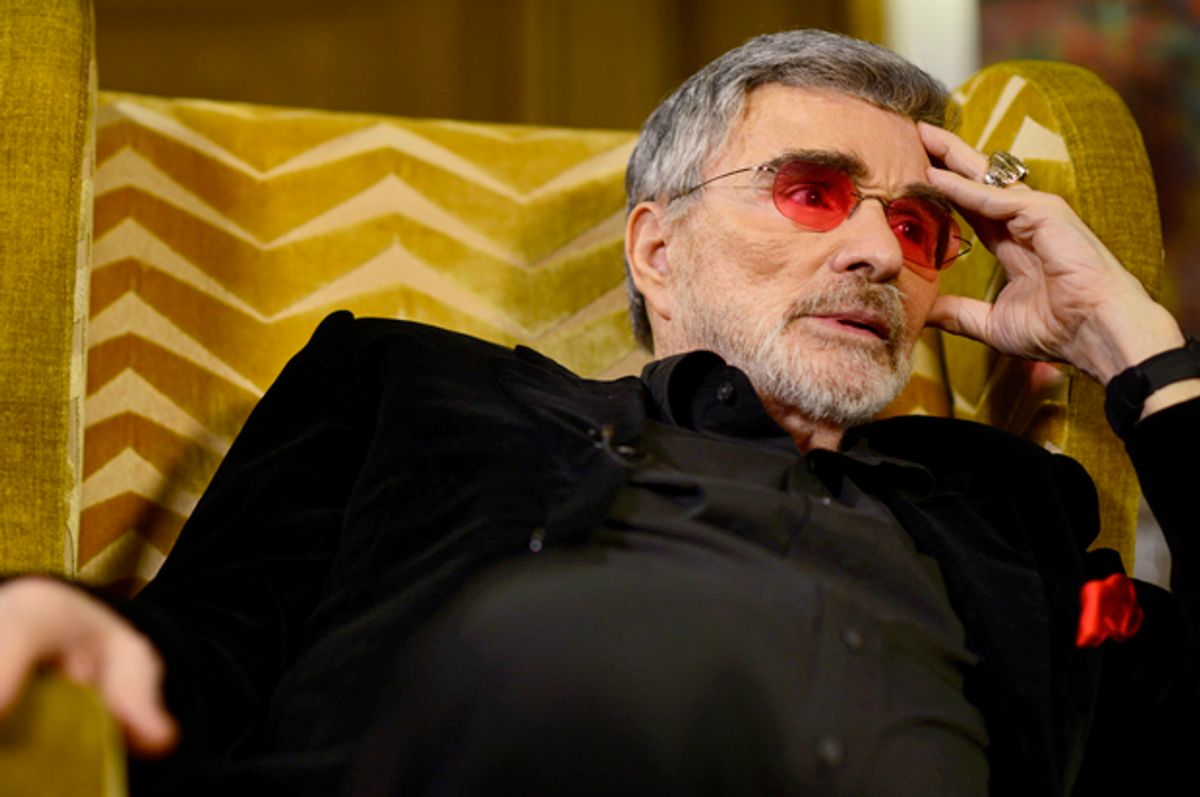 Of all the lazy, knee-jerk responses to any human being's honest declaration about a personal issue, the laziest and knee-jerkiest has got to be the "I refuse to feel sorry for you" line. Remind me, what makes you think any disclosure is automatically a solicitation for pity? Or to put it another way, Burt Reynolds, what the hell?

Appearing on ITV's "Loose Women" this week to promote his new memoir "But Enough About Me," the 79 year-old actor — who was, admittedly, pretty good in "Boogie Nights" — fielded the question, "I wonder what you thought about Charlie Sheen recently coming out and admitting he has got HIV?" Reynolds didn't hesitate to declare that "He's handling it very badly, I think. His father [actor Martin Sheen] is a very, very decent man and a dear friend of mine. I feel bad for him. But Charlie, I don't feel bad for him. He's getting what he deserves. If you're going to misbehave like that, then they’re going to get you." When pressed whether he "had any sympathy," Reynolds stood firm, saying, "For Charlie? No. He deserves it. He misbehaved badly, very badly. But you know, when you’re that age, it’s tough. All those things are coming at you, and it’s difficult."

There are plenty of reasons one might not feel sympathetic to Sheen, reasons that have to do with his past behavior and not his current HIV status. It's also possible to be critical of a person's actions and still not wish him ill. But what Reynolds — and the panelists who asked him such a dumb question — fail to grasp is that when a person says, "These are my current and challenging circumstances," there's not necessarily an implied, "Please feel pity for me" in there. Aside from Reynolds' obviously ignorant assumption that anyone "deserves" to get HIV — as if viruses are a punishment and not simply something that can be transmitted from human to human — his defensive response to a condescending question is utterly ludicrous.

The "Am I supposed to feel sorry for you?" response is a coward's reaction to any fellow human's condition. And it's a boring, stupid and increasingly loud one. Conservative candidates congratulate themselves for feeling no sympathy for refugees, for the poor, for those who they believe brought it, whatever it is, on themselves. The commenters on any first person essay swiftly nitpick for signs of the writer's privilege or poor choices, capping their critiques with a decisive, "And I'm supposed to feel sorry for you?"

Yes, some personal disclosures — whether a celebrity's announcement of a health issue or an unselfaware essay that feels like it should come with its own wah-wah-wah sound effect — feel like pity fishing expeditions. But more often, people share their stories because sharing our stories is what people do. Maybe they're doing it to raise awareness of an issue, or because they're a public figure tired of dodging rumors, or they just think the experience makes for an interesting story. Most functioning adults don't actually want your pity, because pity is an unpleasant thing to get. It puts distance between people. It says, gosh, it must suck for you to be way down there, and I know, because I'm not. Feeling sorry for someone achieves zero for that person.

I have, at various points in my life, had people say they felt sorry for me and people say they refused to feel sorry for me, and neither one of those statements made a lick of difference in my circumstances. So consider this — the word is empathy. Empathy invites us to understand that we're all just people here, with similar struggles and challenges. It's about what we have in common, not what makes us feel morally superior, especially not superior to people facing difficulties. And Charlie Sheen doesn't need Burt Reynolds to feel sympathy for him — mostly because sympathy is so pointless and empty anyway.