An investigation by The Intercept found "the story is entirely false"; it is conservative Islamophobic propaganda 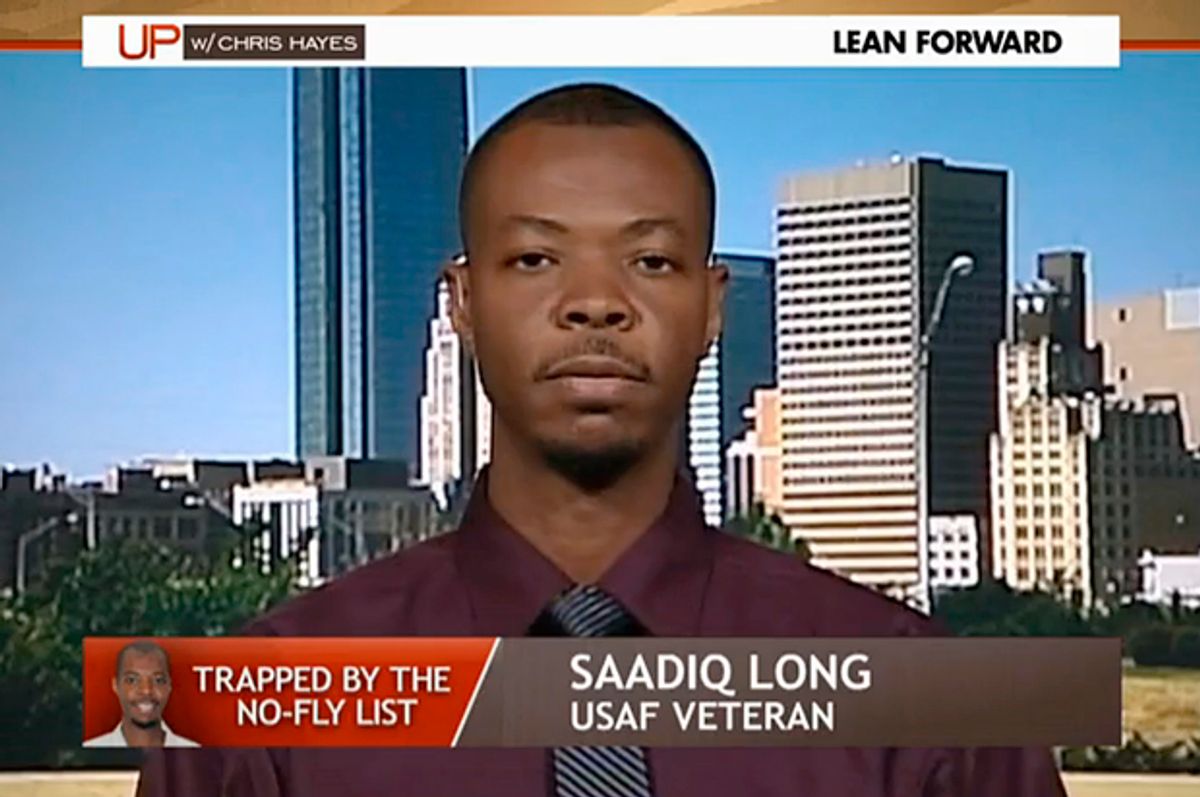 When myths confirm widespread bigotries and serve the interests of the powerful, they are frequently reported in the media as fact, even if they are completely groundless. Nowhere is this more evident than in the blatant lies spread by right-wing news outlets about Saadiq Long, a Muslim-American Air Force veteran they accused of joining ISIS.

"Poster boy for 'no-fly' unfairness held in Turkish prison, accused of helping ISIS," Fox News reported in late November. The list of media outlets and pundits who joined Fox in spreading the myth reads like a Who's Who of right-wing propagandists:

Media outlets in Oklahoma, where Long lives, picked up the story too.

An exposé by The Intercept, however, found that the accusations made against Long are utterly bogus. The report is based on complete lies.

"The story is entirely false: a fabrication," Pulitzer Prize-winning journalist Glenn Greenwald and his colleague Murtaza Hussain wrote in the article. "Neither Long nor his wife or daughter have been arrested on charges that he joined ISIS. He faces no criminal charges of any kind in Turkey."

The myth originally came from the right-wing blog PJ Media (formerly known as Pajamas Media). The website, which has ties to many far-right fringe figures, has a history of running outlandish, thinly sourced stories.

In their exposé, Greenwald and Hussain note that the author of the PJ Media article, Patrick Poole, is "a professional anti-Muslim activist and a close associate of Frank Gaffney." Gaffney is a far-right conspiracy theorist whom the Washington Post recently described as "the anti-Muslim gadfly who produced Donald Trump’s anti-Muslim poll."

PJ Media claimed that Saadiq Long and several of his family members were arrested near the Turkey-Syria border in early November for supposedly being part of an ISIS cell. The conservative blog cited only anonymous sources, claiming "U.S. and Turkish officials confirmed Long's arrest to PJ Media, saying that he was arrested along with eight others operating along the Turkish-Syrian border."

Long and his family are being detained in Turkey, The Intercept reveals, not because they have any connection whatsoever to ISIS, but rather because Long was placed on the U.S.'s no-fly list. Moreover, Greenwald and Hussain report, "the U.S. Embassy in Ankara has been working continually with Long’s family to secure his release and, if he chooses, his return to the U.S."

A U.S. State Department official told The Intercept, "We are aware of Mr. Long’s case and are providing consular assistance. At this time, we are not aware that he has been formally charged with a crime."

Long's Turkish attorney and U.S. officials told his relatives that the veteran and his family were being detained as part of the immigration process.

For years, the right-wing media has targeted Long with smear campaigns. He is an outspoken critic of Islamophobia — which many of these right-wing pundits insists does not actually exist (in the aforementioned Pamela Geller post, she writes "The enemedia won’t have me or any of my esteemed colleagues on these shows, but they welcome savages killers — to whine about islamofauxbia").

He has been particularly critical of the no-fly list. Tens of thousands of people, including U.S. citizens who have never committed a crime, are forbidden from flying into or out of the U.S. because they are on this secretive list. In October, a federal court ruled that Americans can challenge their inclusion on the no-fly list on legal grounds, in what was widely seen as a victory over racial profiling.

Long's American lawyer told The Intercept, "Saadiq and his family were detained by Turkey because they are all on the no-fly list, which means all of their names are in the Terrorist Screening Database — a database that the U.S. exports to governments across the world with the hope that doing so will make it as difficult as possible for the hundreds of thousands blacklisted to move about the world. This is what accounts for the family's detention in Turkey, not the uncorroborated and unprofessionally reported smear that their predicament is somehow ISIS-related."