They have no shame: It's confirmed, Fox News lied egregiously (again) in its latest Benghazi "bombshell" 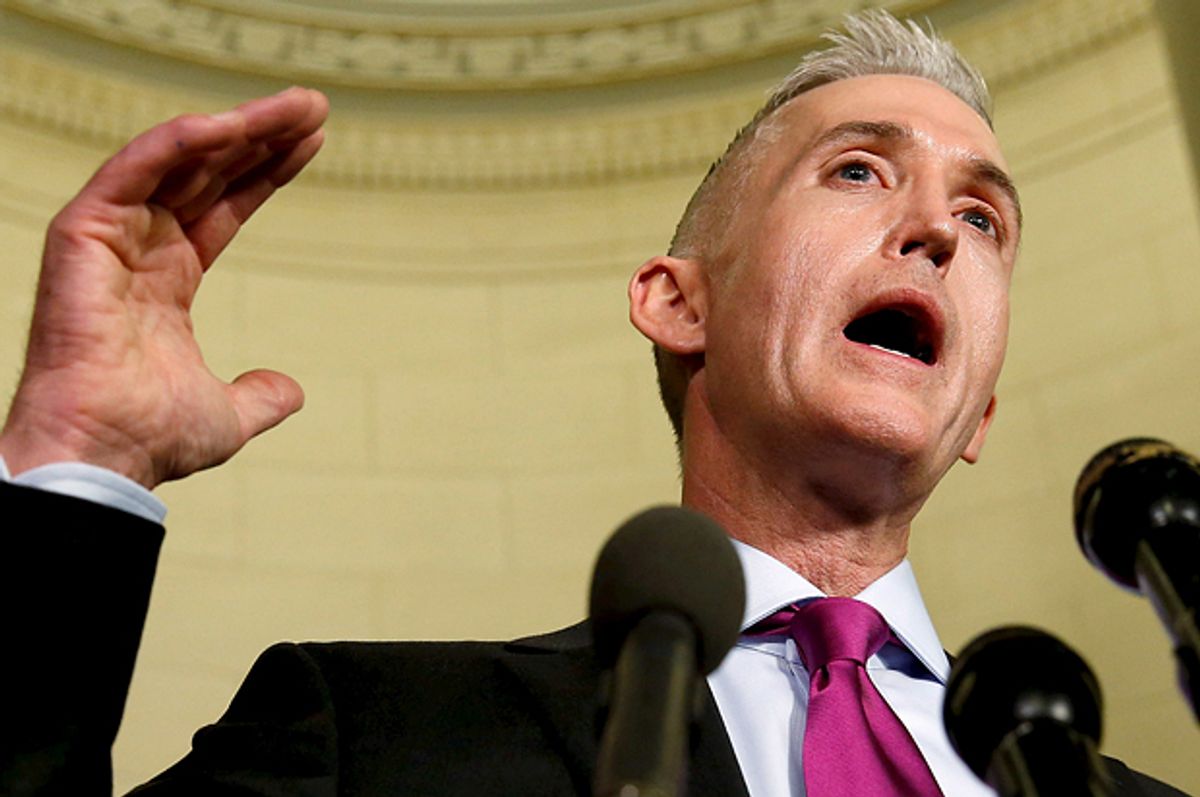 On Wednesday, I picked apart the latest attempt by conservatives to churn up some old-fashioned Benghazi conspiracy theorism, as Fox News used some clumsy sleight of hand to suggest that the Obama administration had lied about not being able to save the people under attack at the Libyan diplomatic outpost. Fox’s entire argument was based on a newly released, partially redacted email that, per the conservative network, “contradicted” former Defense Secretary Leon Panetta’s claim that there were no military assets capable of arriving to Benghazi in time to make a difference. As I and others noted, the email didn’t actually contradict Panetta, and the whole thing was trumped-up nonsense. Well, now the Democrats on the Benghazi committee have released the full, unredacted email, and it confirms what we already knew: Fox News lied, and rather egregiously so.

To refresh everyone on what happened: On the evening of the Benghazi attacks, Panetta ordered special operations and Marine anti-terrorism teams in Europe to deploy to Benghazi, but they arrived in Libya well after the attacks concluded due to logistical and diplomatic hurdles. Fox News reported on an email that Panetta’s then-chief of staff sent while the attacks were happening, which said that the Pentagon had “identified the forces that could move to Benghazi. They are spinning up as we speak.” In Fox News’ version of the email the forces in question had been redacted out, and the conservative network interpreted the message to mean that there were military assets that could have been moved to Benghazi immediately but weren’t. The rest of the conservative media took it as confirmation that the Obama administration had purposefully let people die in Benghazi.

But, as the unredacted version shows, the forces identified in the email were the same special operations and Marine anti-terrorism teams that Panetta had ordered to respond. As I wrote yesterday, “all Fox News has done is confirm what we already knew: the Defense Department ordered military assets to respond to Benghazi.” There is no story, there is no new information, and there is no conspiracy.

Ideally, this revelation would spark a round of retractions, corrections, and apologies from all the people who passed along bad information – Fox News especially – but that obviously won’t happen because the conservative media values the politically damaging Benghazi narrative more than it does an accurate portrayal of what happened. But there’s another interesting wrinkle here: the role of the Republicans on the Benghazi committee in nudging this story along.

Fox News’ original story notes that the network contacted the Benghazi committee for comment on the redacted version of the email, and here’s the statement a spokesman for the Republican majority offered, highlighted for emphasis:

“The Select Committee has obtained and reviewed tens of thousands of documents in the course of its thorough, fact-centered investigation into the Benghazi terrorist attacks, and this information will be detailed in the final report the Committee hopes to release within the next few months," Matt Wolking told FoxNews.com. "While the Committee does not rush to release or comment on every document it uncovers, I can confirm that we obtained the unredacted version of this email last year, in addition to Jake Sullivan’s response."

So the Republicans on the committee knew that the email did not contain any new information. They knew that the unredacted version didn't back up Fox News’ allegation that it “contradicted” anything the administration had said. But they sat on that info and instead offered a tantalizingly cryptic hint that their final report would reveal… something about this. They could have waved Fox News off this one, but they didn’t because they share the network’s goal of creating a politically damaging narrative about Benghazi.

I know there’s been some clamor for the Democrats on the Benghazi committee to resign in protest over the investigation’s obvious politicization and bad-faith behaviors. But as this little dust-up makes clear, they have an important role to play in exposing the shenanigans of their colleagues in the majority.