Salon talks to Bloom, who also created and writes for the new CW musical, after the nominations were announced 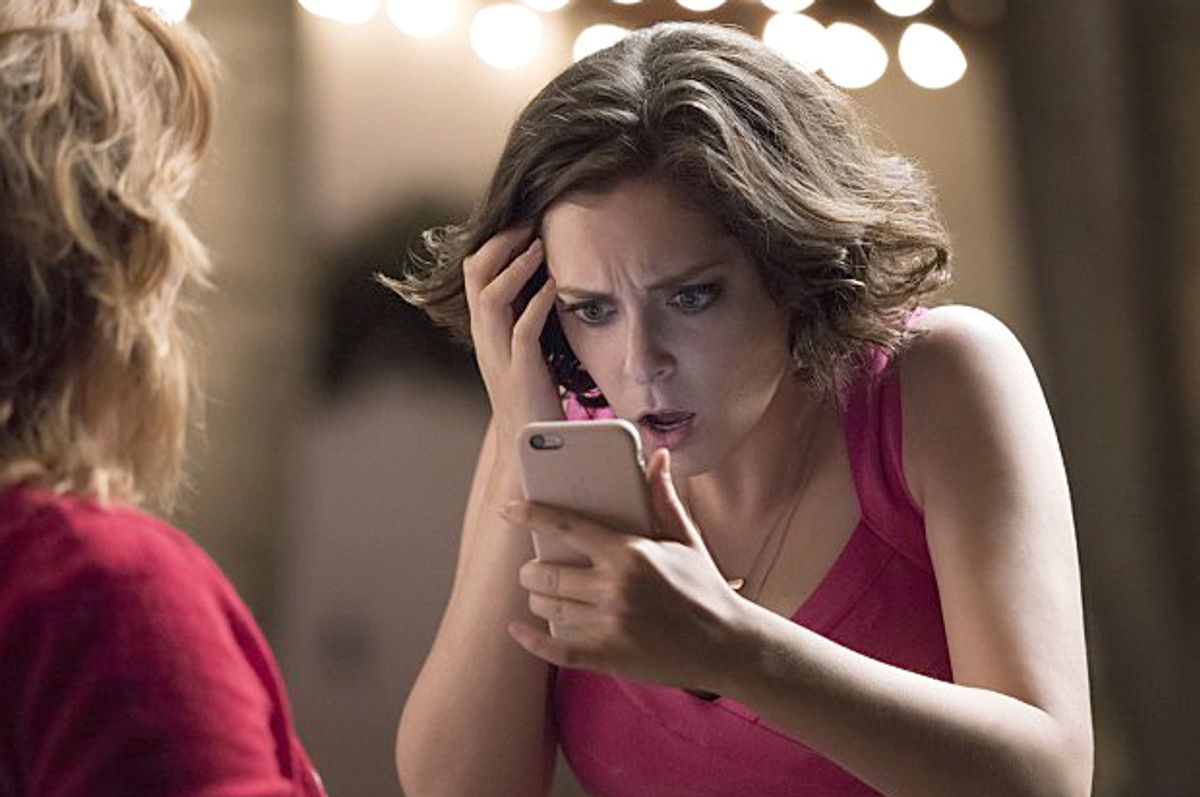 If you skipped “Crazy Ex-Girlfriend” in the fall because it sounded like a lame, conventional sitcom that would get canceled after four episodes, this would be a good time to get on board.

The show is neither lame nor conventional, it gets great reviews, the CW just picked it up for a full season, and co-creator/star Rachel Bloom got a surprise Golden Globe nomination for best actress in a TV comedy this morning. Plus, you’re only eight episodes behind, and the show is available on at least three different streaming platforms.

With a killer pedigree of NYU drama school and improv training at UCB Theater, Bloom was working in obscurity on writing jobs and her YouTube channel when she landed a pilot deal last year at Showtime to make an edgy, half-hour musical comedy. Showtime passed, and the CW redeveloped it as an hour-long show to air in a block with “Jane the Virgin.”

There’s nothing else quite like “Crazy Ex-Girlfriend” on TV. It’s part office comedy, part relationship dramedy, and part feminist manifesto. The show is intercut with lavish, hilarious musical sequences that have so far parodied R&B videos, boy bands,  Bollywood to Fred Astaire.

Salon caught up with Rachel Bloom this morning shortly after the Golden Globes nominations were announced.

Were you on the East Coast or West Coast when you got the news this morning?

Were you awake already, or did someone call you with the news?

Oh, I was awake. I didn’t play this cool for a second. I wanted to see the live broadcast.

For the day leading up to it, I just kind of wanted to know. The category is so competitive, and the odds were that I probably wouldn’t get nominated. This is not to disparage my work on the show, but we’re in an age of peak TV right now and there were so many other factors besides just being proud of my performance and of the show in general.

How do you explain to the uninitiated what the show is — a musical dramedy about a neurotic in a life change?

This is a dark, feminist, fucked-up, romantic comedy about a girl who has a moment in crisis and makes a rash decision. The music is our way of telling her and other people’s emotions.

It’s less about her being an ex-girlfriend pursuing an ex-boyfriend than about starting a new life.

Essentially everyone in the main cast has sung on the show now. Was that something that the show took into account in casting it?

Yes and no. We had everyone sing in their auditions with the understanding that if someone was perfect for a role and wasn’t really a singer that we would find a way to make it work. And it just happened that the people who were best for the roles acting-wise were also amazing singers and dancers. It was kismet. It worked out so well. Santino Fontana would have been my choice for Greg even if he couldn’t sing a note. The same with Donna Lynne Champlin. The same with Vincent Rodriguez.

How much has getting a full-season order allowed you to relax into what you’re doing story-wise over the rest of the season?

So much. We know where we’re going now, and we know that we can tell this story. The pressure is off, and we can really work on a full-season arc.

How are you individually working on the show right now since you wear several different hats? Do you have writer’s-room days and shooting days?

I shoot almost every day. A few days ago was the first day I didn’t shoot at all. I got to stay in the writer’s room all day, which was a real treat. I was in the writer’s room every day for two months before we went into production and got to be there to break a lot of the stories, and on weekends and free time I’m punching up scripts and working on songs. I’m one of the three songwriters for the show, so it’s just a matter of fitting it all in.

Do you have a separate unit to shoot the musical scenes since those are usually pretty involved?

Nope, same unit. We fit that into our production schedule, which is a testament to how our crew works and the organizational skill of our line producer Sarah Caplan.

Are you shooting on the show today?

I am, yes. And we shot until midnight last night.

And I assume you’re going to make them call you Golden Globe nominee now?