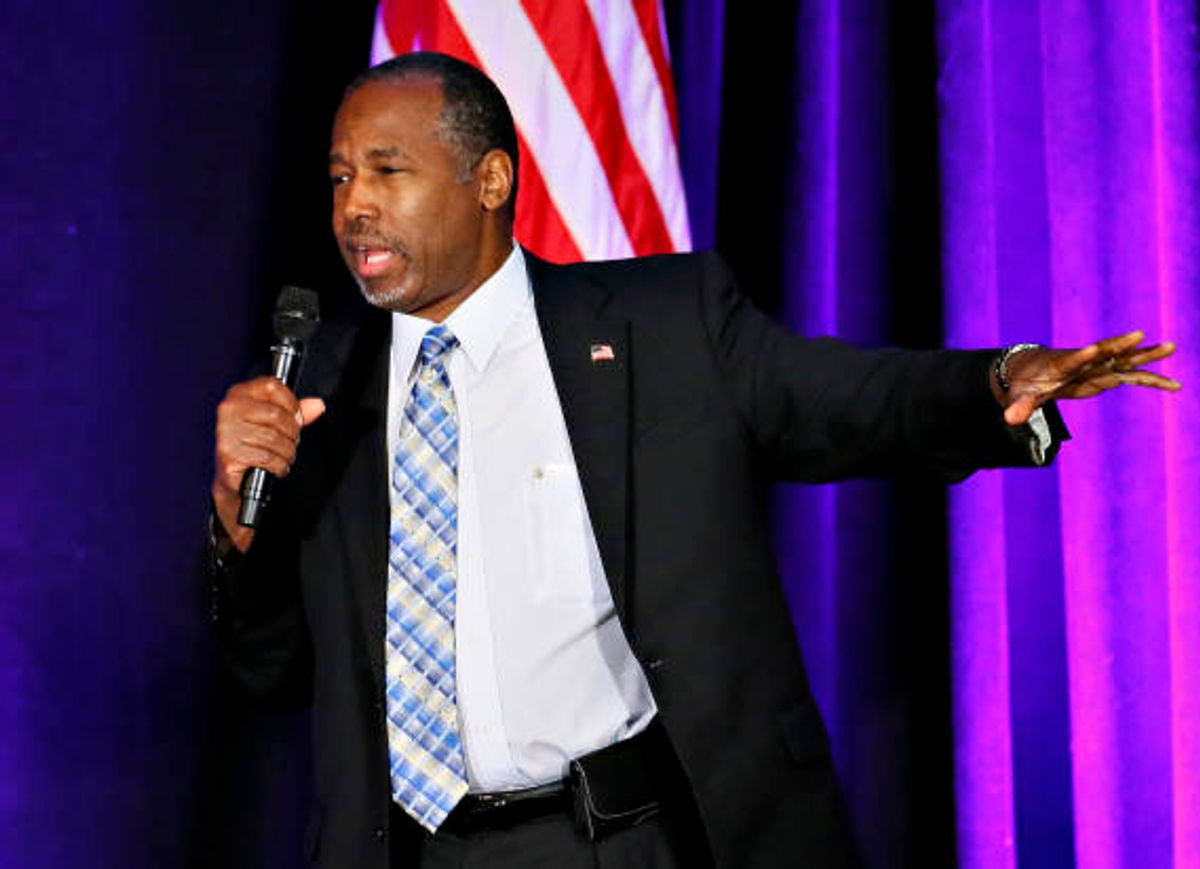 Ben Carson doesn't want to be forgotten. Left out of the headlines for weeks and watching his poll numbers plummet, the retired neurosurgeon is out threatening to leave the Republican Party after a new report outlined how party officials are grappling with the unfortunate potential reality of a Donald Trump nomination.

“I assure you Donald Trump won’t be the only one leaving the party," Carson warned in a statement released by his campaign on Friday, responding to a new Washington Post report on a secret meeting led by Republican National Committee Chairman Reince Priebus and Senate Majority Leader Mitch McConnell to plot the prospects of a brokered convention in Cleveland come 2016. More than 20 party officials met near Capitol Hill on Monday for the private dinner to lay the groundwork for a potential floor fight, finally coming to grips with the very real possibility that Trump could become the Republican presidential nominee.

"I pray that the report in the Post this morning was incorrect," the devout Seventh-day Adventist said. "If it is correct, every voter who is standing for change must know they are being betrayed. I won’t stand for it."

He continued: “If the leaders of the Republican Party want to destroy the party, they should continue to hold meetings like the one described in the Washington Post this morning.”

Carson, who has seen his one-time lead in Iowa evaporate while his rival, Trump, has only cemented his support in the state and nationally, attempted to borrow some of The Donald's swagger and make a forceful threat of his own:

If this was the beginning of a plan to subvert the will of the voters and replaces it with the will of the political elite, I assure you Donald Trump will not be the only one leaving the party.