"Come from nothing, blow up and die": Reflections on Scott Weiland dig into the self-destructive rock star myth

In the week since Weiland died, the tributes have said so much about what we think we know about musicians 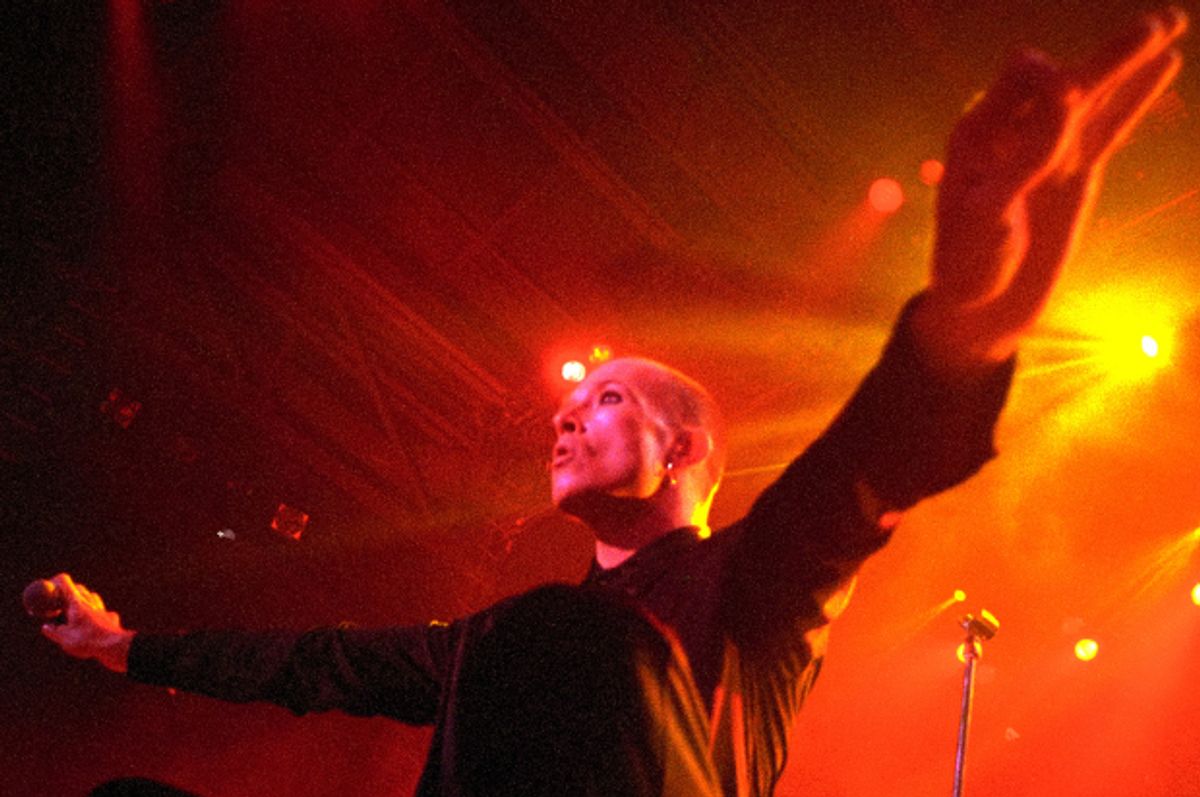 In the week since Scott Weiland passed away, friends and acquaintances have penned eloquent remembrances of the former Stone Temple Pilots frontman. A childhood friend recalled their days playing Dungeons & Dragons in suburban Ohio in an Esquire essay, "I Used to Play Board Games with Scott Weiland." The L.A. Weekly dug into his stint as a skateboard-favoring, aspiring musician layout artist at the Los Angeles Daily Journal, while STP's former manager, Steve Stewart, told the website Alternative Nation how he came to manage the '90s alternative rock darlings.

Mötley Crüe bassist Nikki Sixx also had some sobering observations, Rolling Stone noted on Friday. "Unfortunate death, confusing death, wonderful career and a confusing career. Tragic and beautiful," he said recently on his radio show, Sixx Sense, in reference to Weiland. "Sadly, what people think a rock star is: Come from nothing, blow up and die. I don't like that version of the story." Sixx's additional thoughts were even more heartbreaking: "Scott had two children, was on the road -- I don't know his state of drug use or not -- but the part that just rips my heart out is that these kids… who called them? Did the bus driver call them? Does the road manager call the mom and the mom sits [them] down? Forget the videos for a second and those songs you heard on the radio. It rips my heart out."

These tributes have added interesting personal insights and nuances to Weiland's public persona, ranging from the lighthearted (the way he liked to orchestrate devious chaos in his D&D game) to the profoundly sad (the ex-manager's observation that the musician always seemed to be alone, even in a crowd). But the Rolling Stone-published essay by Weiland's ex-wife Mary cut the deepest. Written along with his two teenage children, the piece didn't sugarcoat what it was like having the musician—who struggled with drug addiction and mental illness for years—as a husband and father.

Mary Weiland described absences and neglect, and said she "spent countless hours trying to calm his paranoid fits, pushing him into the shower and filling him with coffee, just so that I could drop him into the audience at [son] Noah's talent show, or [daughter] Lucy's musical." Near the end, she stated, "We are angry and sad about this loss, but we are most devastated that he chose to give up," and pleaded for everyone to treat his death differently than other tragic losses: "Our hope for Scott has died, but there is still hope for others. Let's choose to make this the first time we don't glorify this tragedy with talk of rock and roll and the demons that, by the way, don't have to come with it."

The essay was extremely difficult to read, and indescribably sad. Unsurprisingly, it was also quite polarizing; in fact, some felt she was capitalizing on his death, since it ran just a few days after he passed and she mentioned specifics about their relationship. However, speculation about writing motivation detracts from the larger points she was trying to make—namely, describing what life is like with an addict, and the impact this has on families, and what people can do better in the future when faced with a delinquent father.

Still, the piece especially stung because so much of what she wrote seemed to confirm everyone's worst fears about Weiland—namely, that his stints in rehab didn't take, and his increasingly erratic live performances and wooden stage presence signified the lingering presence of deep-seated issues. Earlier this year, a clip of Weiland performing "Vasoline" with new band the Wildabouts made the rounds, not because it was good, but because it was incoherent and lackluster. At the time, his rep denied that drugs influenced the terrible performance, and blamed a combination of fatigue, "a few drinks" and a broken earpiece.

That didn't stop plenty of websites from posting the video anyway: Some all but came out and said that Weiland wasn't sober, while others admitted how "tragic" the clip looked. No matter what the tone of the main post, however, most comment sections treated the video as a joke—as if snarking about Weiland being in the 2015 "death pool" was funny. (It really wasn't.) When I saw the video, it made me wonder why he was still on the road and not somewhere getting help, especially since I knew his performance issues were nothing new—in fact, I saw a shockingly bad Weiland solo show in late 2008.

That his struggles were amplified in such a disrespectful way, that he became part of the clickbait news cycle, didn't sit right with me. And as it turns out, Mary Weiland felt the same way, as she wrote in Rolling Stone: "We read awful show reviews, watch videos of artists falling down, unable to recall their lyrics streaming on a teleprompter just a few feet away. And then we click 'add to cart' because what actually belongs in a hospital is now considered art."

Her words can't help but feel like an indictment of how people did choose to look the other way—or shrug their shoulders at what they did see—or prioritize him being on the road over getting healthy. But perhaps this is a case of cognitive dissonance, that those around him didn't think things were that bad: When someone is on tour and hopping onstage every night, playing familiar songs—even if they sound rougher or different than studio versions—it's not obvious that they might be barely functioning. Musicians who are struggling don't make albums that sound as coherent and entertaining as this year's "Blaster," a crisp, swaggering homage to classic rock icons such as the Stones, Bowie, Tom Petty and Cheap Trick.

Plus, despite his prodigious talent, Weiland's high-profile drug dalliances overshadowed much of his career. At the height of Stone Temple Pilots' success, his substance abuse derailed a potential tour with Kiss and led to eventual jail time, while he was arrested for drug possession in 2003 and got a DUI in 2007. And so in 2014, when a man in jail for alleged drug possession and shoplifting falsely told authorities he was Scott Weiland, no wonder TMZ (and, consequently, countless other websites) were completely fooled. It wouldn't have surprised anyone if he was in jail.

Sadly, Scott Weiland had been the clichéd "troubled rock star" going on two decades, and no amount of rehab, declarations of sobriety or energetic concerts was going to convince people otherwise. That's perhaps one of the saddest things about his life and death: It was a foregone conclusion for a very long time that Weiland's addictions were going to kill him. In a sense, it was a self-fulfilling prophecy with a very, very long tail. There was nothing glamorous about Weiland's decline--what Mary Weiland termed her family's "long goodbye"--and in the end, there was nothing fans or even loved ones could do to save him from himself.