Daniel Holtzclaw's conviction feels good: For once, a privileged, powerful rapist doesn't get away with it

The man who sexually assaulted me got away with it. I feel such relief that this police officer did not 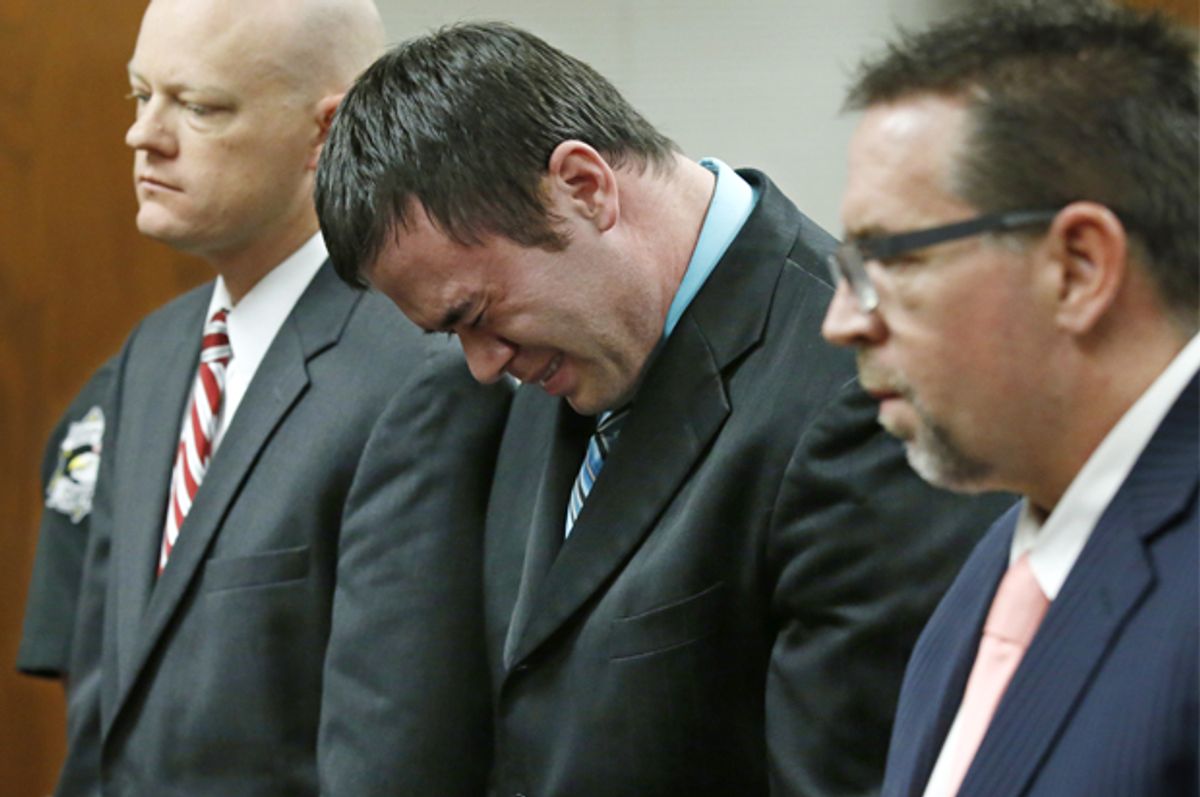 I was 26 years old when I was sexually assaulted. The police were called and a report was filed, but I was scared and afraid and in shock and exhausted so I didn’t press charges until the following day. I went to a nearby hospital so a rape kit could be administered and my clothes could be bagged and pieces of my body could be photographed and categorized. I spoke with a detective and relived the attack on multiple, painful and often embarrassing occasions.

I didn’t hear from that very same detective for over a year, only for him to tell me they were finally able to analyze the evidence and ask if I still wanted to pursue an arrest. It would be another year until I heard from the detective again, only for him to tell me that the grand jury reviewed the evidence and didn’t believe they had enough to successfully convict. I was told that “these things usually happen” when it’s a “he said, she said type situation” and I should be thankful that, at the very least, there was a note on my attacker’s file.

So I would be lying if I said I was optimistic about the possible outcome of Daniel Holtzclaw, and the multiple rape case brought against him. Holtzclaw was accused of preying on more than a dozen women in northeast Oklahoma, ages 17 to 58, as an active-duty police officer with the Oklahoma City Police Department. The word of a white, well-to-do officer usually described as an “all-American good guy, against the word of women of color with a lower socioeconomic status, many of whom had records of drug use? The situation sent shivers down a spine that knew what it felt to be doubted and judged and ignored.

So when I watched Holtzclaw rock back and forth, sobbing and hitting his forehead on the desk in front of him as he was sentenced to a recommended 263 years for rape, forcible sodomy and a slew of other equally disgusting acts, I was admittedly thankful. Each guilty count and subsequent number of years the jury recommended he serve for his crime was a slight relief to a burden I know I will forever bear. My attacker will never see the inside of a courtroom or a jail cell, but Holtzclaw will, and in some small way that fact feels like the justice those 13 women found is a justice shared by every sexual assault and rape victim in every corner of a violent, cruel world.

I watched as a privileged white man finally realized that he is, in fact, responsible for his actions. I could see the weight of his inescapable reality weigh on him, disbelief forming the edges of unending tears while panic and fear stained his contorted face. I saw a man who truly believed he could get away with raping 13 women, face the undeniable fact that he was caught and tried and convicted and not his race or ethnicity or former status as a police officer could save him. It was as if justice was forcing him, against his will, to adhere to the truth, and the panic and helplessness he felt in that moment is nothing but a taste of what he put his victims through.

My attacker will not be tried, but Holtzclaw was. My attacker will never be convicted of forcing himself on me, but Holtzclaw was convicted of forcing himself on multiple women. And while I have never felt his cowardice, rage and disgusting approach or his illegal violence, I now feel somewhat relieved that -- in a society that demands to know a sexual assault victim's sexual history or what they were wearing or how much they were drinking -- a rapist was sentenced at the hands of justice and will spend the rest of his life in a cell.

When I reported my sexual assault and went through the painful and ultimately fruitless process, I was urged to remember the other victims I will never know. I was told to think about potential victims and past victims and to seek justice not just for me, but for them. I pushed against that line of reasoning and even now, feeling the way I feel in this moment, I still do. A rape and/or sexual assault victim should never have to protect future women. That is not a victim’s job. But when I think of those 13 women who braved the odds and faced their attacker and testified in open court, reliving every painful and disgusting and inhumane thing that was done to them, I cannot help but feel indebted to them.

It shouldn’t be this way, and until more victims are believed and more rapists are convicted, it will continue to be this way, but those 13 women have given me a peace I thought was out of reach. They have given me back a small piece of the power that was taken away from me and they have found justice not only for themselves, but for us all.