"This is so confusing to me," the "Daily Show" host says 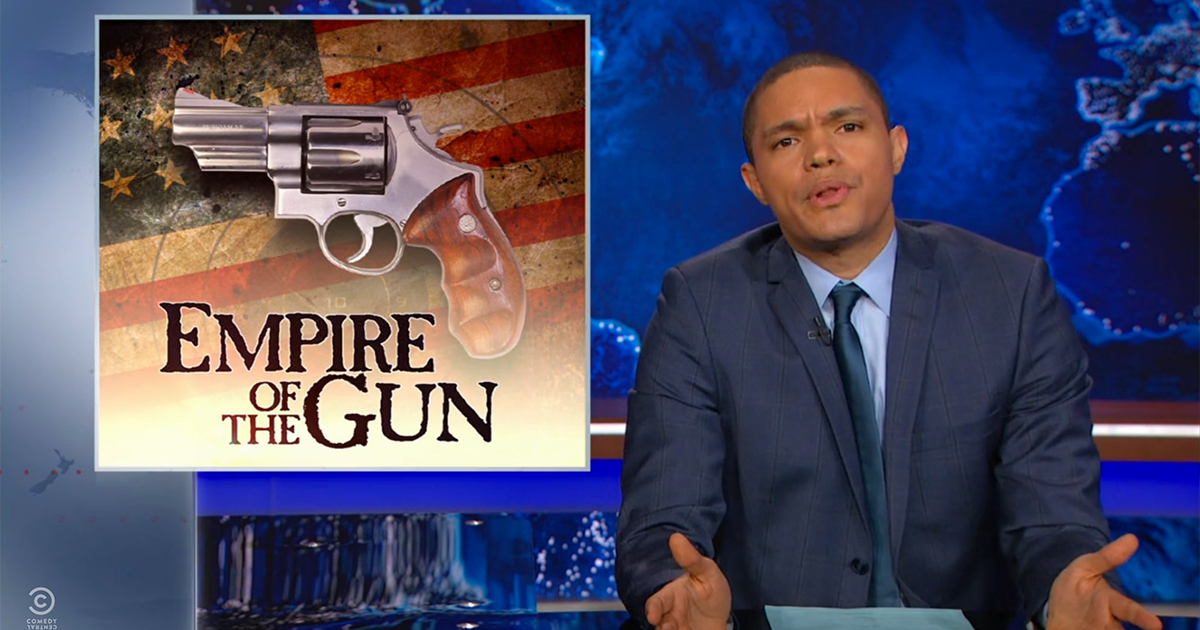 Guns can do anything, Trevor Noah told the "Daily Show" audience before dedicating all of Thursday night's show to guns in America. "You can go hunting, you can combine them with roses," to make Guns and Roses, "and you can make a raccoon look badass." Everyone in the world has them, well, except for a whole bunch of other countries, but you know, other than that. But why, in the week following the San Bernardino shooting, people were literally lined up at the nearest gun shop?

"This is so confusing to me," Noah admitted. "So, people get shot and so people go out and buy guns. I don't understand why people aren't buying bulletproof vests. How is that not on the top of everyone's Christmas list?"

Noah said that he doesn't get why people think the government is going to take away anyone's guns because "mass shootings are here to stay," Noah said. So what makes anyone think that this one is going to start gun control? "There have been 26 mass shootings in America just since Obama has been in office. At this point, he gives so many mass shooting speeches that he might as well just walk around with a podium as his belt buckle so he's always ready to go." Because you should see it, here's what that looks like. But the reality is if America hasn't banned guns by now, after all of these shootings, Noah thinks that we likely never will. Just days before Syed Rizwan Farook shot up San Bernardino, he was at a gun range that has seen a 60 percent increase in people practicing shooting since the attack. "That's weird logic," Noah said. "People were like 'Yeah, yeah, look I know they were terrorists, but you can't knock the training!'"

Others think the solution is bigger guns. Northeastern University, for example, will arm its campus officers with semi-automatic guns. "So now, students can go to a place where they live for years, eating shitty meals, spending most of their time sharing a tiny room with a stranger, experimenting with same-sex relationships all while a group of guards patrol with AR-15s. You guys have officially turned college into prison."

Amazing, isn't it? Just a few mass shootings and everyone needs guns on campus. But one in four women gets sexually assaulted on campus and we can't even pass a bill to protect women in college?

Good guy with a gun Part 1: Jordan Klepper gets his conceal to carry license:

Good guy with a gun part 2: Jordan Klepper tries to take down an active shooter in a simulated firearm training drill: