The truth about GOP tax plans: The real reason why they're so ridiculous

Data shows that most Republican voters favor higher taxes on the wealthy. So why is the party brass so opposed? 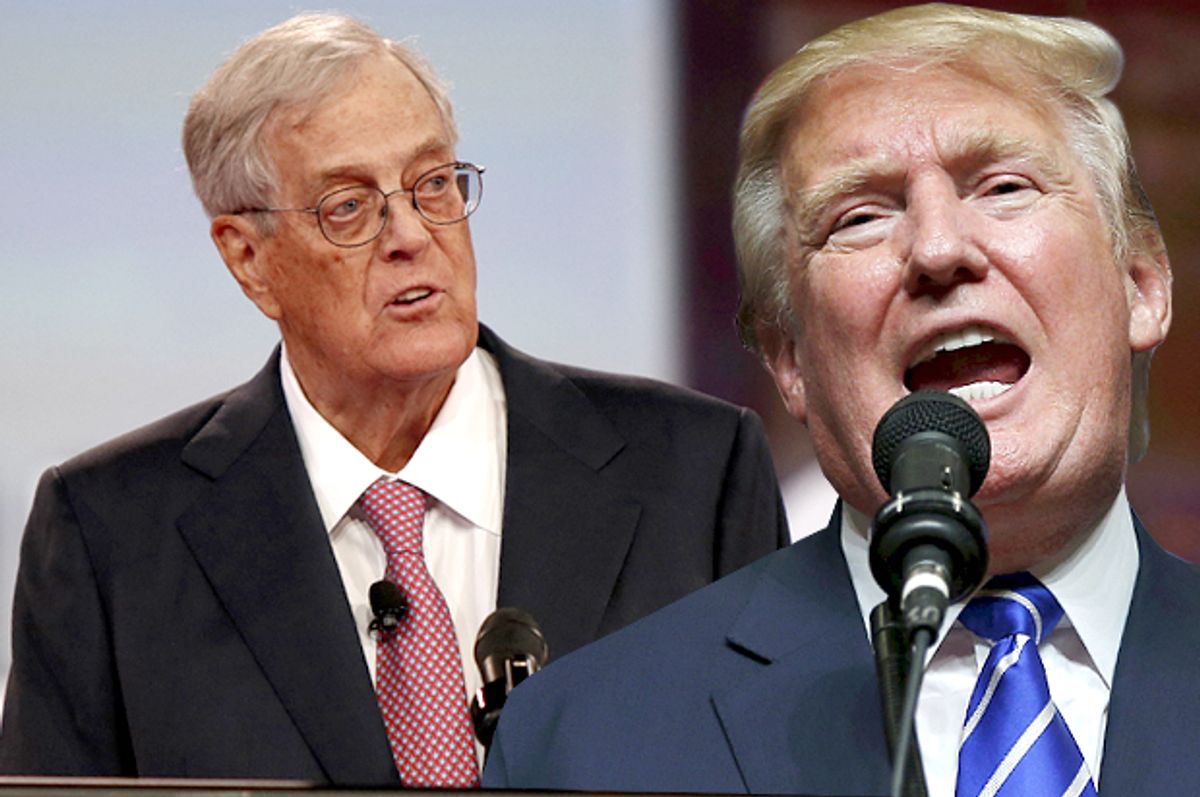 This week, the Tax Policy Center examined Jeb Bush’s tax plan and found that it would increase the deficit by $8.1 trillion in the first 10 years. Earlier this year, Donald Trump released a new tax plan that included, among other proposals, cutting the top tax rate to 25 percent, cutting taxes on capital gains, reducing corporate taxes and entirely ending the estate tax. Though the plan was initially described as “populist,” later analysis suggests it is anything but. Other Republican plans have been similarly regressive, including Marco Rubio’s. Why can’t the GOP propose a plan that’s actually populist? My analysis suggests it's because the donor class is disproportionately influential.

To see, I examined in depth how views between Republican voters and Republican donors are divided. In addition, I compared how nonvoters who are Republican differ from those who aren’t. I used the American National Elections Studies 2012 dataset, and examined three groups: individuals who donated to a Republican candidate, those who voted for Romney but did not donate and those who say they are or lean Republican, but didn’t vote. I examine the four questions in ANES that are most relevant to the tax policy debate. (All questions ask whether the individual is in favor of, opposed to, or neither favors nor opposes the policy in question.) To show the data another way, the chart below shows the percent of each group in favor of each policy proposal, and includes the percentage of all American in support. In each case the nonvoting Republicans are most in line with the general public, followed closely by Republican voters. But Republican donors are dramatically out of line with the general population. Less than a third of donors support decreasing the deficit by raising corporate taxes or taxes on those earning more than $250,000, but more than half of voters and nonvoters support the latter (as well as 68 percent of the general population). These numbers show that Republican voters and nonvoters are also broadly in line, though obviously more conservative, than the general public on tax-related issues. As I’ve argued in my recent report, "Why Voting Matters," voter turnout would force both parties to push for policies more in line with the preferences of average Americans. In this case, by making Republicans choose between their seat and the donor class, it may well reduce polarization and force a deal.

As Jonathan Chait noted when Trump’s plan was released,

“Actually running on a populist tax plan in a Republican primary has the benefit of appealing to a popular position, but at the cost of making Republican power brokers apoplectic, whereas merely pretending to have a populist plan has most of the same benefits and none of the costs.”

Jeb, who is closer to the donor class than any other candidate, has given them a plan that suits their preferences and interests. Republican voters are in favor of reducing the deficit by increasing taxes on the wealthy and on corporations. They also overwhelmingly favor a tax on millionaires. The problem is that those millionaires are running their party.