Gabby Giffords uses Sandy Hook anniversary to unload on GOP: "30,000 more Americans have been murdered with guns" since that day

"This week, Congress will do exactly what its members have done every week since ... nothing at all," she wrote 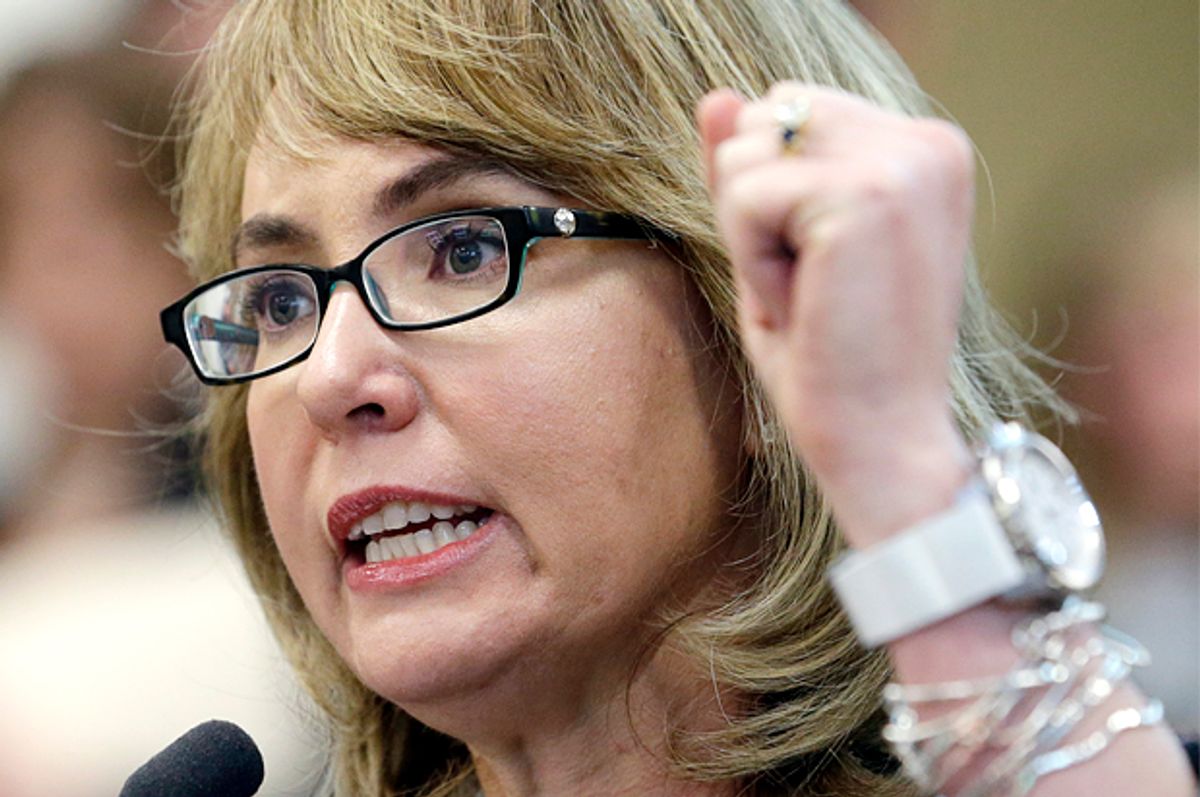 In an op-ed memorializing the three-year anniversary of the mass-shoot at Sandy Hook Elementary, former Arizona Representative Gabrielle Giffords lit into Republican lawmakers for having done nothing to curb the violence in the years since.

"Since that tragedy three years ago Monday, about 30,000 more Americans have been murdered with guns," she wrote. "All, like those kids at Sandy Hook, have left a hole in their families’ hearts that is eternal. Many of their deaths might not have made the headlines, but we must grieve for them, too."

"I know that this week, Congress will do exactly what its members have done every week since those 20 kindergartners and first-graders were murdered in their classrooms," she added.

"That’s cowardice, an embrace of the shameful status quo we’ve grown to expect from a Congress in the gun lobby’s grip," Giffords wrote. "Many of my former colleagues are in the cold clutches of pessimism and its key ingredient: fear."