Donald Trump is a symptom, not the disease: The latest national poll shows how broad his support is within the GOP 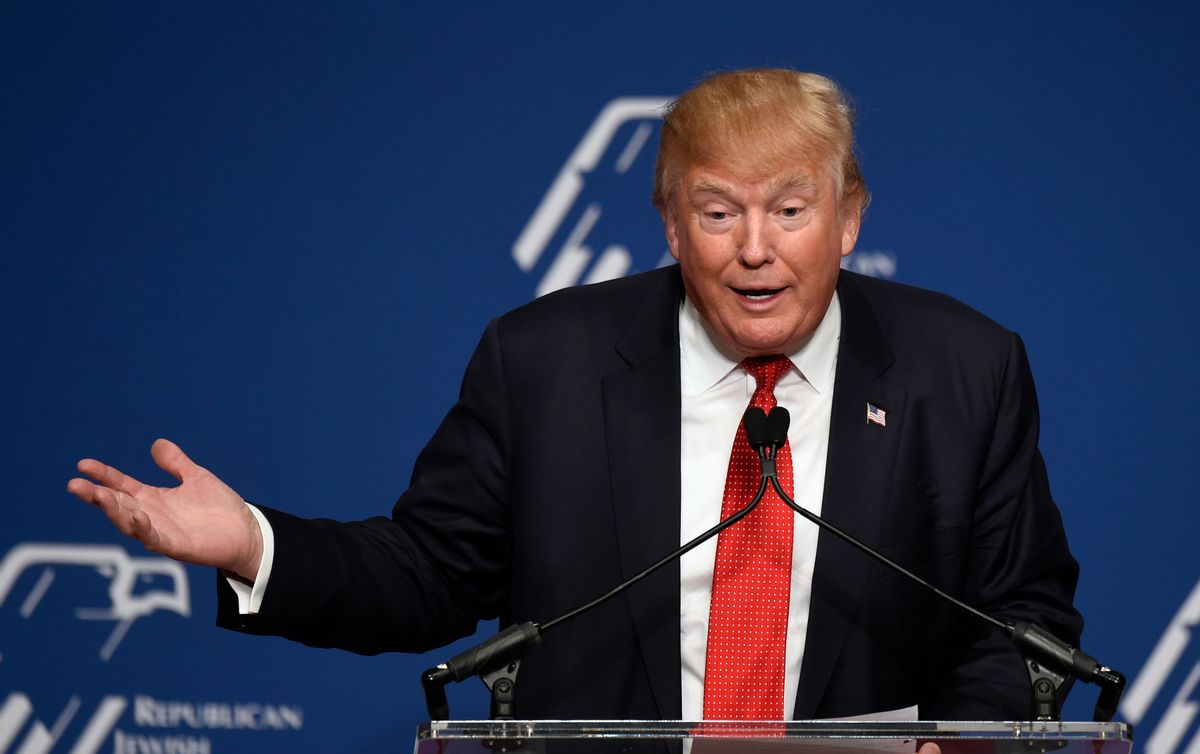 A new Washington Post-ABC News poll released today shows that Donald Trump has widened his lead in the Republican presidential race to its largest margin yet. Trump’s proposal to ban all Muslims has resonated with a significant subset of the GOP base, and the numbers prove it. Dan Balz and Scott Clement summarized the results in the Washington Post this morning:

“The survey puts Trump’s support at 38 percent among registered Republicans and GOP-leaning independents, six points higher than in October and November. Sen. Ted Cruz of Texas, who also is running an anti-establishment campaign, has surged into second place with 15 percent, effectively doubling his support since last month. Sen. Marco Rubio and Ben Carson are tied for third, with 12 percent each. Carson, who with Trump was at the top of the field earlier this fall, saw his support cut roughly in half over the past month. No other candidate in the new poll registers in double digits.”

It’s still very early in the process, and it’s important not to infer too much from these surveys, but each month we learn more and more about who the typical Republican voter is. Trump may not win the nomination. In fact, he may still be a longshot, depending on who you ask, but his continued success in spite of everything he says and does is awfully revealing.

As the Washington Post confirms, this poll was taken in the immediate aftermath of Trump’s call “for a ban on the entry of Muslims into the United States.” That means Trump surged to his highest lead in the race precisely because of his proposal, which almost everyone outside of the conservative base found ridiculous and offensive.

While mainstream establishment Republicans denounced Trump’s Muslim ban, it appears the average Republican voter did not. “59 percent of Republicans agree with his [Trump’s] proposed ban, even as 60 percent of all adults say it is the wrong thing to do,” according to the Washington Post. The numbers are worse in Iowa. The latest Public Policy Poll shows that 78 percent of likely Republican voters in that state also support Trump's Muslim ban.

Even more alarming for Republicans, “Trump leads among every demographic and ideological group of Republicans in the [Washington Post-ABC News] survey,” although “he has significantly greater support among those with less education and lower incomes and among men.” We’re not talking about the marginal Republican voter here: Trump is appealing to every wing of the party.

We can and should talk about Donald Trump, but surveys like this are a reminder that the real problem isn’t Trump; it’s the Republican voters who make his political existence possible. To his credit, Joe Scarborough addressed this on MSNBC’s “Morning Joe” this morning, and he didn’t mince words:

“I’ve been thinking about this over the past two weeks, especially since the Muslim ban comments. Our party, our Republican party, has been dealing with forces in it that have been exclusionary, that have been backward-looking, that have been in denial for a very long time. There’s been a factory, a sort of political factory, an assembly line that’s been churning out victimhood and we’re under siege…and that’s not a governing philosophy and that has been the Republican Party’s governing philosophy for the better part of twenty years…On the state level, in Congress and in the Senate even, it’s working. But you don’t win the big national election being insular and looking backwards. I think there’s a lot of things that have been exposed by Donald Trump that the Republican Party is going to have to face and overcome if they ever want to win the White House again.”

This is the kind of discussion Republicans have to have now. Loathsome though he may be, the fact is Trump wouldn’t exist if there wasn’t a place for him in the GOP. That his popularity seems to scale with his offensiveness is a troubling indication of where the Republican Party is right now.

Trump has exposed a cancer within the GOP: He’s a symptom, not the disease. If it wasn’t Trump, another charismatic demagogue could just as easily expose this element of the Republican base. Until the GOP purges the resentment and the cultural hysteria from its ranks, a Donald Trump will always be possible, if not inevitable.

That’s the real problem, and Scarborough should be applauded for acknowledging it as honestly as he did. If more Republicans follow his lead, this may, ultimately, be a good thing for the GOP and for the country. If they don't, the Republican Party will continue its rightward drift into a political abyss.