Derek Jeter's underwear drama heats up: "Too gay" was a dealbreaker, according to Swedish brand he was signed to promote 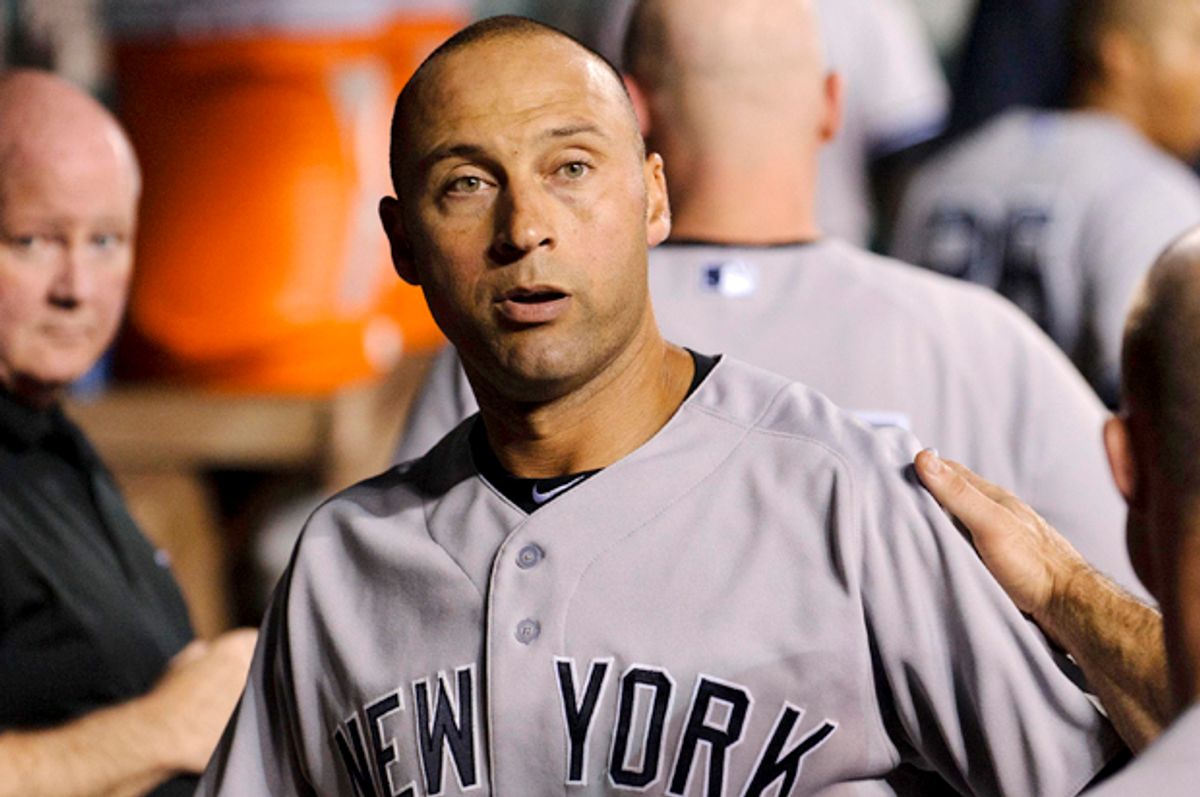 Derek Jeter's been getting in an awful lot of trouble for his underwear lately. He's at the center of a legal dispute with Swedish luxury apparel company Frigo — one that has sparked damning accusations over why the former Yankee allegedly backed out of promoting the brand.

Last month, TMZ Sports reported that Jeter "signed a 3-year deal to be a director of the company in 2011 and agreed to participate in major publicity events." But it claims the company says the relationship turned sour two years later, when Jeter reportedly said he didn't want to be involved with the company's U.S. promotions. That's when Frigo brought in 50 Cent as a brand ambassador — a move the rapper boasted of last year by announcing, "I just did a deal for $78 million for underwear. What did you muthaf__kas do today? Lllllllllooooolllllllllll #Boom #FRIGO."

But Jeter, who is biracial, swiftly denied accusations, saying the claims were "categorically false" and that he had no knowledge of any lawsuit. He added, "As a major investor, current stockholder and lender to the Company, I am disgusted by Ingvarsson's decision to make these false allegations against me in the press, instead of attempting to work out our business dispute in private." And in a statement to the New York Post's Page Six, Jeter claimed, "I facilitated the introductory meeting between 50 Cent and the company, so it makes absolutely no sense that I would object to 50 Cent being a Frigo brand ambassador or think that 50 Cent is 'too urban' for the brand…. Mr. Ingvarsson’s statements are particularly malicious because he knew all along that I never agreed to be a spokesperson or ambassador for the brand, and that is confirmed in documents that Mr. Ingvarsson himself signed…. I will take all necessary steps to prove these allegations to be untrue."

That hasn't been the end of the drama — Jeter now reportedly has his own suit against Frigo pending in Delaware, and now a new accusation has been leveled against him. TMZ says this week that Frigo also claims "[Jeter] demanded that [Frigo] not market to the gay community and states that he did not want the Frigo brand to be 'too gay.'"

While the dispute continues to play itself out, it's worth observing that when a male star aligns with an expensive underwear brand, he's surely doing it with the understanding that the gay male fans are going to take notice. Noted fan of going shirtless David Beckham, for example, has long openly embraced his gay fan base. Way back in 2002 he proudly appeared on the cover of the British gay magazine Attitude. In a 2007 interview, the footballer said, "I'm very honored to have the tag of gay icon," adding, "Maybe it's things like, I like to look after myself, I like to look smart and presentable most of the time." And his slick 2009 Armani campaign had a distinctly homoerotic frisson.

Frigo attorney Joseph Tacopina tells TMZ, "We look forward to cross-examining Jeter and his representatives under oath to expose his alleged frauds to the public. We also have numerous witnesses who are waiting for their chance to testify about his alleged frauds and misconduct." But Jeter meanwhile calls the whole dustup a calculated "negative publicity campaign," saying, "It is unfortunate that Mr. Ingvarsson continues to make false claims and bad decisions."