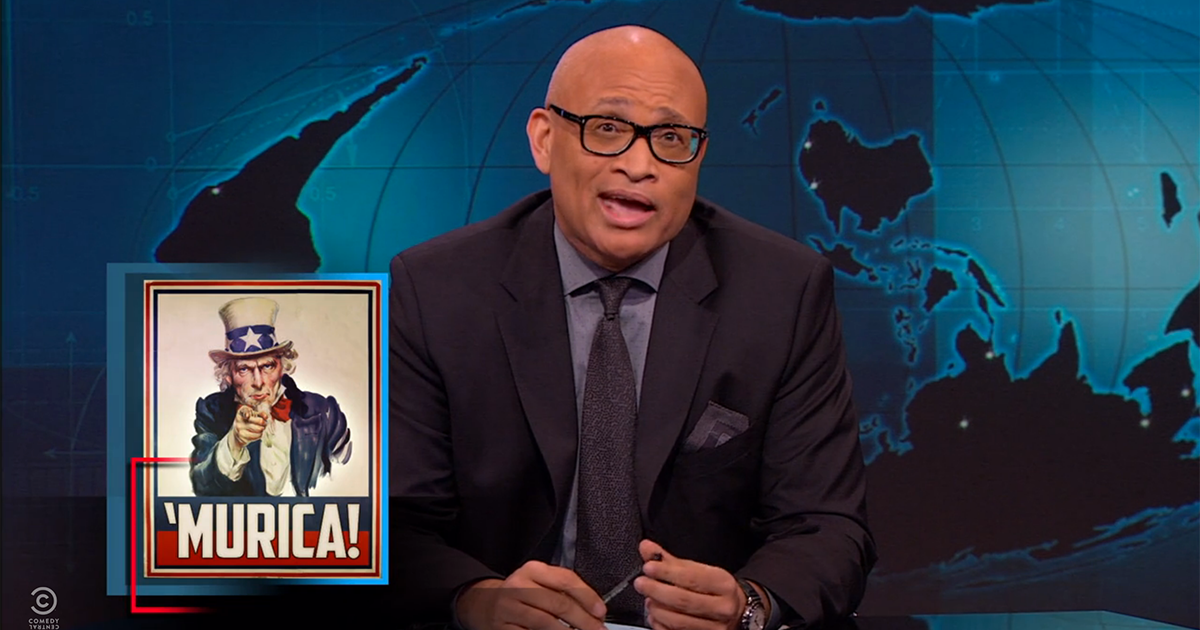 He began with a woman who saw a sketchy situation at a local Home Depot, people running away and speeding off, so she shot out a tire of their vehicle. After all, in 'Murica, "see something, shoot something," Wilmore joked. Interestingly, the woman was given 18 months probation for reckless discharge of a firearm, teaching her -- she says -- that she will never help again. "No! That's not the lesson!" Wilmore exclaimed. "I'm just gonna take my bullets and go home."

In Placerville, California, pastors are helping bring people together but not for worship, for firearms training. Because nothing quite honors the birth of the Prince of Peace during Christmas like a good gun. Praise the Lord and pass the ammunition! But one pastor was accidently shot when taking lessons near his church. "The shooting in South Carolina didn't happen because they were church goers. It happened because they were black," Wilmore said.

The final stop on the 'Murica express is Bill Cosby, back in the news after launching a counter-suit against seven of the 35 women who allege to have been raped by Cosby. u Wilmore asked astonished. "Well, I guess there's nothing more 'Merican than that." Wilmore said it's basically like Jeffrey Dahmer suing the families of the people he ate because they gave him indigestion.

Check out Wilmore's pledge to Bill Cosby in 2016 below: