Lindsay Graham gets excited, hollers that he misses having George W. Bush as President. Well, at least someone does 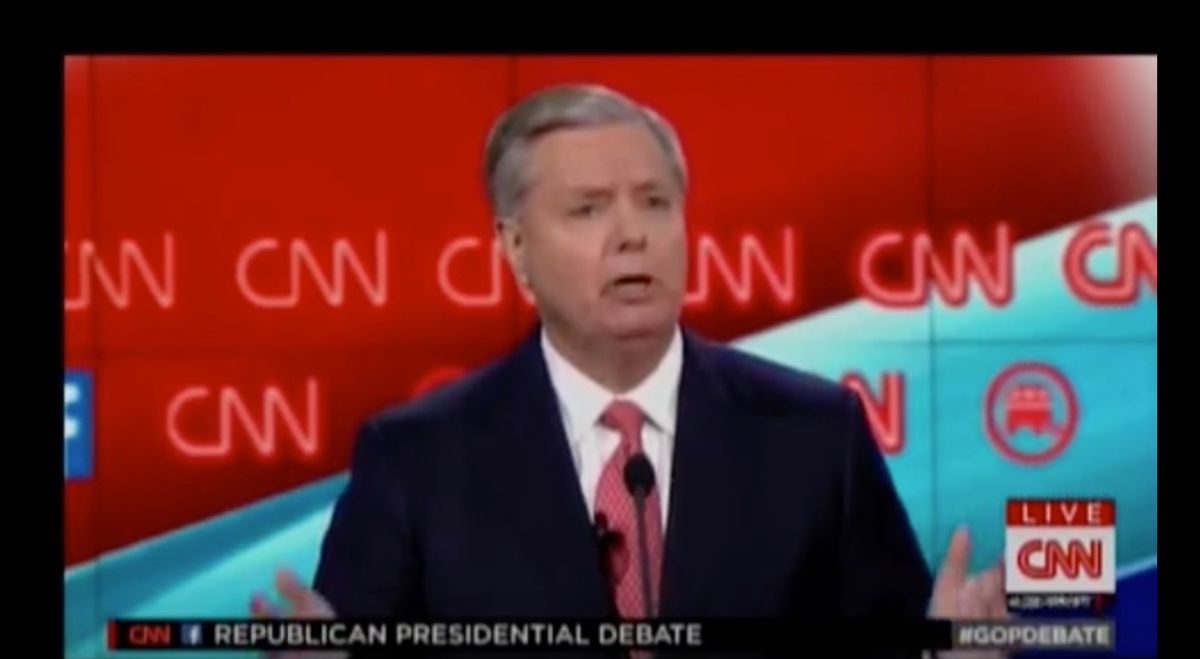 Lindsey Graham, with the confidence reminiscent of a chihuahua yapping at a Doberman, came to Tuesday's undercard Republican debate on CNN clearly believing he was going to win this thing. The thinning stage means more time for his well-practiced, intern-scripted bon mots. The lack of audience interest means he could hold forth at length without too much concern about being cut off. He totally knew, going in, that he was the only candidate capable of catching headlines from the undercard debate and he was all but punching the air with excitement at the prospect of winning this particular boobie contest.

But perhaps the excitement went a little too much to his head, as he, in his zeal, shouted about how much he misses George W. Bush.

"The surge worked. It worked," Graham shouted, referring to the last grasp of the failed Bush administration to stop the inevitable chaos caused by their adventure war in Iraq. "George W Bush made mistakes, but he did adjust. I blame Obama for ISIL, not Bush."

Hey, while you're at it, I'd recommend blaming Obama for the Great Depression, not Herbert Hoover. It makes roughly the same amount of sense.

Emboldened by his own courage in spewing such laughable nonsense, Graham went for broke.

"I miss George W. Bush," he hollered. "I wish you were President right now. We wouldn’t be in this mess!"

Wild applause. Graham glowing. His name will certainly be in the headlines tomorrow morning. It is a victory, no matter what those liberals, with their facts and history, say. Graham out. Suck it, haters.
Watch Sen. Graham praise George W. Bush
[jwplayer file="http://media.salon.com/2015/12/Lindsay-Misses-Bush1.mov" image="http://media.salon.com/2015/12/graham.jpg"][/jwplayer]