Ted Cruz answers a question the Muslim travel ban with a folksy joke about horse thieves, in the year 2015 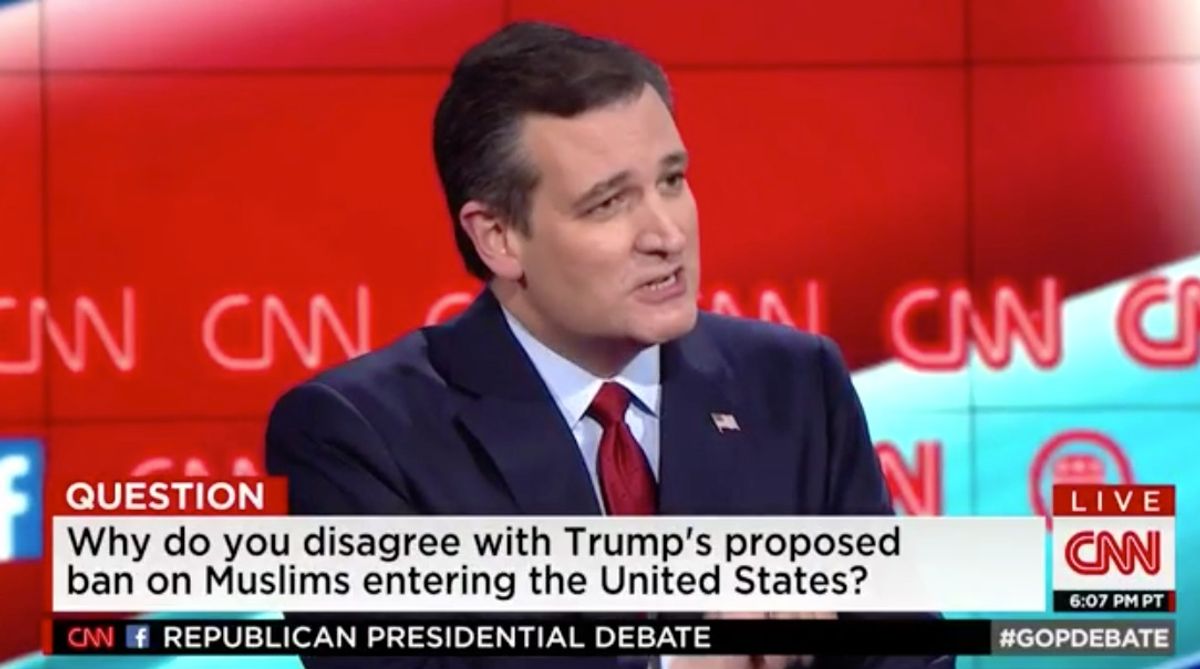 Well, finally there's substantive disagreement in the Republican primary race, but sadly, it's only over the question of how many toes you're willing to stick over the line into the fascist territory when it comes to Donald Trump's proposal to ban Muslims---whether all Muslims, some Muslims, or just the ones who are most desperate to escape war-torn countries---from entering our country. Jeb Bush spoke out against alienating our Muslim allies by passing a bunch of laws that assume they're terrorists. Marco Rubio and Carly Fiorina dropped a lot of words to run out the clock so they don't have to actually answer the question.

"You know, I'm reminded of what FDR's grandfather said," he said, tugging at his overall straps and placing the piece of straw in his mouth just so. "He said, 'All horse thieves are Democrats. But not all Democrats are horse thieves."

Big laugh. Oh, those old-timey Democrats sure were the good ones, weren't they?

To elaborate, he explained that "there are millions of peaceful Muslims across the world in countries like India". He then made sure to use the phrase "radical Islamic terrorism", because it is known that those are the magic words that will defeat ISIS, much in the same way that saying "Beetlegeuse" three times does some cool stuff.

So not all Muslims are horse thieves. Some are Indians. No wonder Ted Cruz refuses to speak ill of Trump in public. Without Trump lowering the bar so far, Cruz was probably not going to score some competence points by demonstrating knowledge that some Muslims live in India.