Fiorina claimed Gen. Jack Keane was forced out of the military after disagreeing with Obama. He retired under Bush 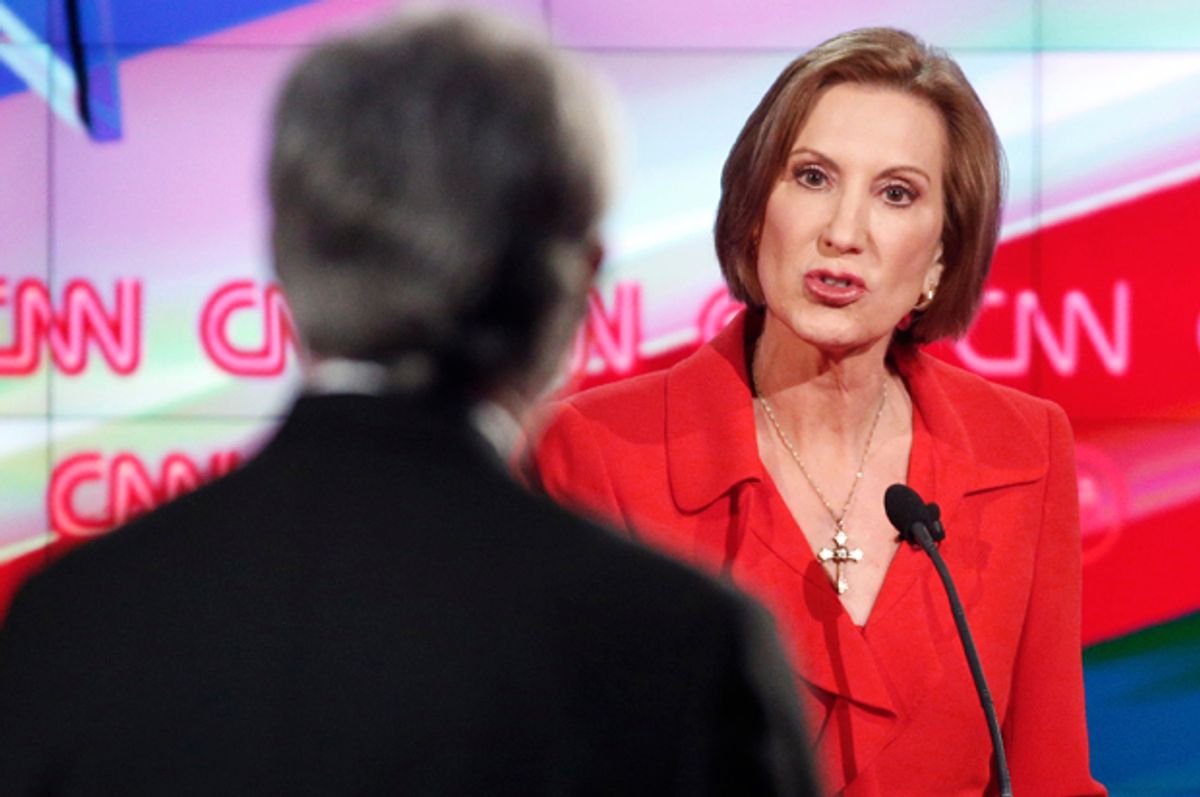 "Every single one of these generals I know, every one was retired early because they told President Obama things that he didn’t want to hear,” Fiorina said on the Venetian debate stage in Las Vegas, Nevada Tuesday evening, promising to "bring back the warrior class" if elected president.

On his show, "Varney & Co," this morning, for some unknown reason -- and to his credit -- Fox Business News host Stuart Varney asked one of the aforementioned "warrior class" generals if Fiorina's description of a closed off president is accurate.

"Did you in fact, general, give advice to President Obama, which he didn't want to hear and didn't take?" Varney directly asked Fox News military analyst Gen. Jack Keane.

"No, I have never spoken to the president," Keane responded matter-of-factly. "That's not accurate," he said of Fiorina's description of his forced early retirement, adding, "and I never served this administration. I served the previous administration." Keane, of course, served as vice chief of staff of the United States Army under former president George W. Bush.

Update: Apparently, Fiorina has yet to hear of Keane's Fox News takedown because according to this CNN reporter's tweet, she continues to hold up the general as an example of the Obama administration's unyielding intolerance for dissent:

Watch the short and simple takedown of Fiorina's latest debate stage lie below, via Media Matters: