David Letterman shares all (even about the beard): "I don’t think I care that much about television anymore. I feel foolish for having been misguided by my own ego"

Dave gives a wide-ranging post-retirement interview yet to a small Montana literary journal. Here are highlights 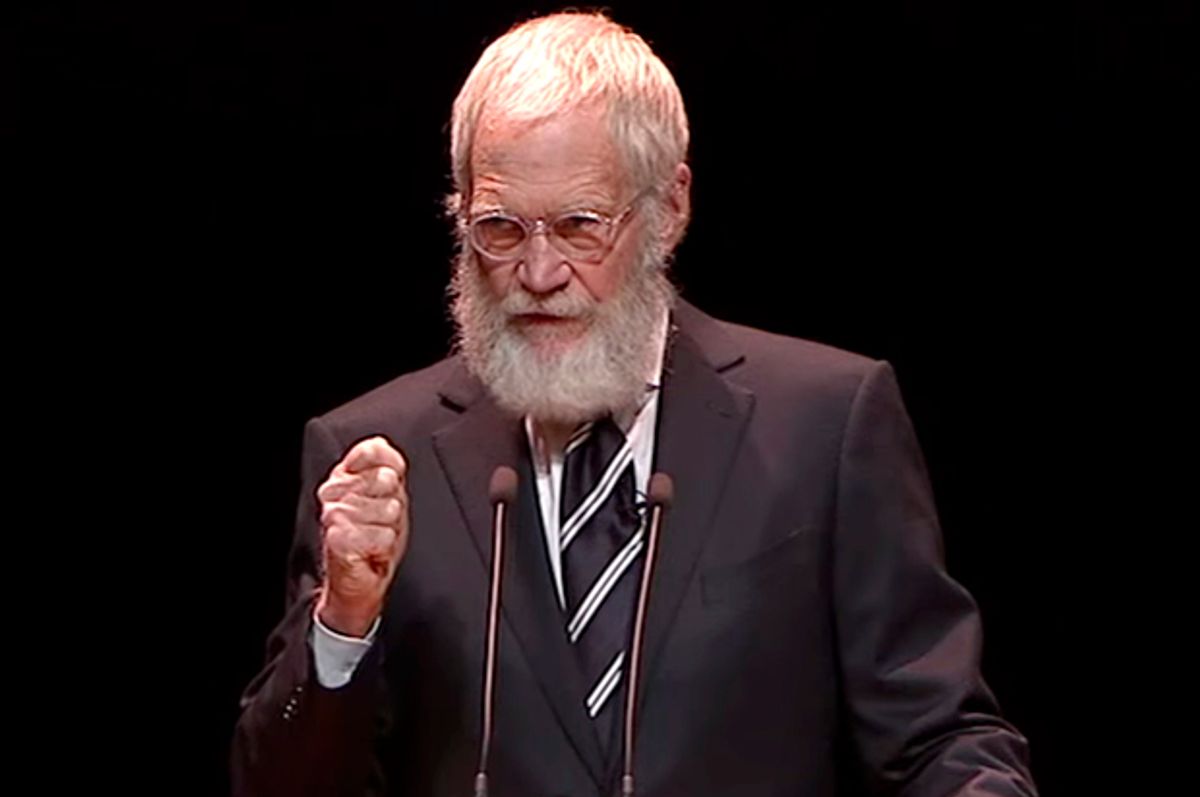 David Letterman has a home in Montana, and for his most wide-ranging and personal interview since retiring from the "Late Show," he talks to one of his favorite Montana literary journals.

The Whitefish Review is a prestigious but small journal covering art, culture, the environment and mountain life. Letterman is a fan, and as he jokes in the interview, perhaps their next intern now that he has some time on his hand.

He talks about terror fears, his love of the outdoors, how he fell for Montana, late-life fatherhood -- and also about TV and retirement. Here are some highlights. Yes, they include his new beard. And here's the whole thing, well worth your time.

On life after the "Late Show"

We did this television show—my friends and I—for a very long time. It’s probably like anyone else’s professional pursuit. When you are doing it for so long, and for each day—I have always likened it to running a restaurant—because you get response to the day’s endeavor immediately. Either from the audience or the ratings, but you know as early as the next day how you did.

And because of this introspection, you believe that what you are doing is of great importance and that it is affecting mankind wall-to-wall. And then when you get out of it you realize, oh, well, that wasn’t true at all. (laughter) It was just silliness. And when that occurred to me, I felt so much better and I realized, geez, I don’t think I care that much about television anymore. I feel foolish for having been misguided by my own ego for so many years.

On the Letterman legacy:

Well, I have this conversation with my wife all of the time. And my wife—I can’t tell yet whether she’s being diplomatic, whether she’s being polite, deferential—I just don’t know what it is—and she’ll say, “Well, look at what you’ve accomplished.” And I’ll say, “Well, what have I accomplished?” And she says, “Well, look. You’ve employed a lot of people for a long time…” (laughter) So I always laugh and think, okay, I’ve put a lot of people to work.

How he's not watching much late-night these days, if at all:

How he does not miss being on TV:

No, I’m surprised­—I can remember the first day that Stephen Colbert took over—put his [new] show on the air. I thought I would have some trouble, some emotional trouble, or some feeling of displacement, but I realized, hey, that’s not my problem anymore. And I have felt much better. ... I don’t miss it the way­ I thought—and then I think, holy crap! I’ll be 69 next year and I’ve been doing this for 33 years. What did I want? Like you work until you’re a hundred? So there’s a lot of practical reasons why a person wouldn’t miss this.

On his new beard:

I used to say, every day, “I am so sick and tired of shaving.” I had to shave every day, every day, for 33 years. And even before that when I was working on local TV. And I just thought, the first thing I will do when I am not on TV is stop shaving. And everybody hates it. My wife hates it. My son hates it. But it’s interesting. I’ve kind of developed a real creepy look with it that I’m sort of enjoying. And I can tell that people are off-put by it. And the more people implore me to shave, the stronger my resolve is to not shave.