Have yourself a narcissistic little Christmas: Hate-watching the annual Holderness video is the holiday tradition we deserve

The perky family/multimedia empire is back, and this time they've desecrated Kendrick Lamar 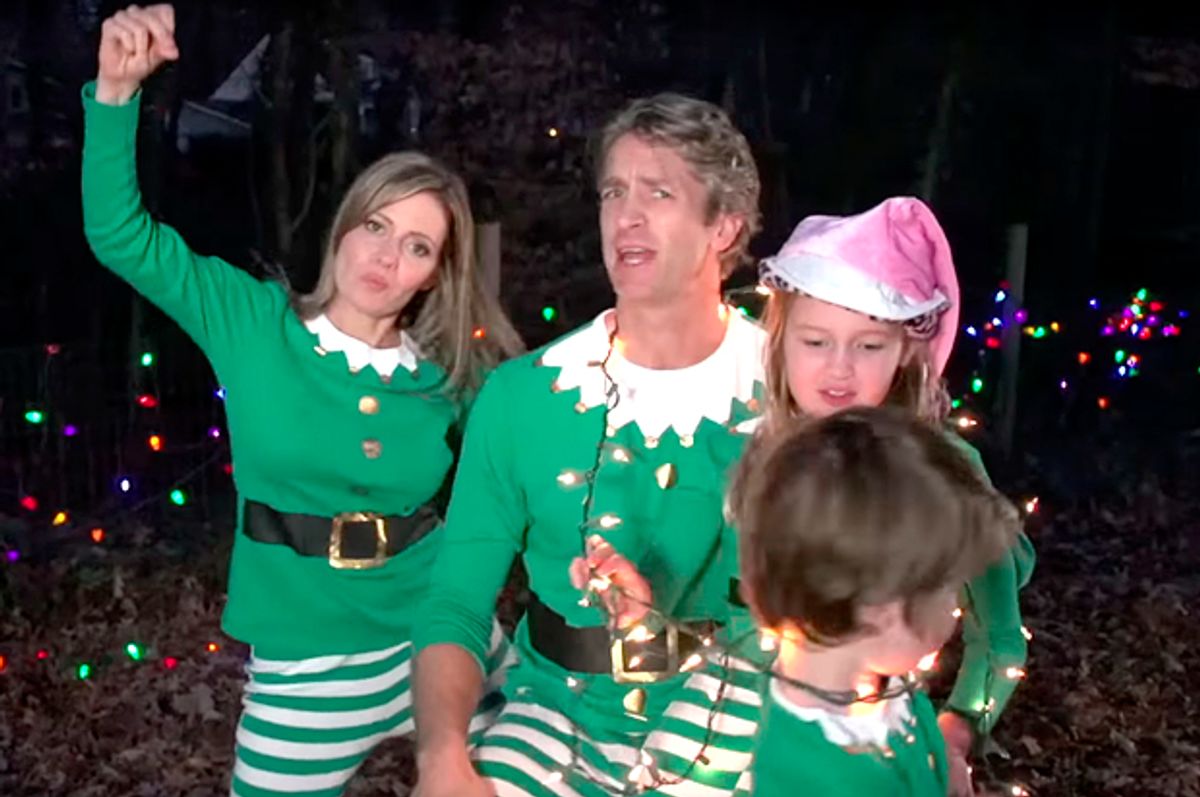 There's this strange prevailing assumption that once you become a parent, you are automatically enrolled in the same club with all the other people who've also had children. Your heart is supposed to swell with boundless infatuation with any child who falls into your sight line, and your tolerance for poop jokes must escalate exponentially. Breeders. We get it — MIRTE? And that's why I am here to tell you that is not true. And that for the life of me I don't understand the Holderness family. Relatedly, they're back!

Dad Penn Holderness is a former WNCN-TV news anchor, currently a managing partner at a Raleigh video production and digital marketing company, where he works with wife Kim, a fellow marketing partner. Their North Carolina brood first achieved viral fame in 2013, when they donned matching holiday jammies and rapped to their unique version of Will Smith's "Miami" — one in which they shared that they'd bought a Prius, their daughter had finished a triathlon, and Dad Penn had had a vasectomy. The video got over 16 million YouTube views.

They've since produced numerous outrageously popular videos, and honestly, I do have a certain respect for any family unit that monetize the act of peeling a Babybel. On the other hand, there's basically everything else about them. Their videos have the weird tang of "Look, we're PARODYING CrossFit and how slobby men are!" while also thoroughly validating it. You don't get to have your "Man Cave" and "Mommyness" cake and eat it too, folks.

For their latest holiday enterprise, the family say, "We loved surprising friends an strangers dressed as Santa's elves in New York City and our home state of North Carolina." I don't know what it's like in North Carolina, but I think I can speak to how we here in the Big Apple feel about strangers surprising us. You can see it in the hasty way that poor blonde lady scuttles off after Penn leapfrogs over her at Rockefeller Center. (Frankly I'm surprised the incident didn't end with somebody getting maced.) Tip to tourists: We locals don't like being jumped on! Set to Kendrick Lamar's "i" — (The Holderness family mistakenly refer to it as "I love myself," which says a mouthful), the video is another end of the year humblebrag about their lives.

I dance around in my pajamas with my kids too — although admittedly without any precision or in your face rhymes. And I know that there are families out there who find this sort of thing adorable — those millions of views the Holderness gang gets speak for themselves, along with the seemingly charmed reactions from Us Weekly and "Good Morning America."  But just so you know — there are those of us who've reproduced who don't even like getting a litany of someone else's kids' achievements via a Christmas card, let alone a dancing elf video.