Steve Miller is joining the Rock Hall of Fame: Can we put this moribund "honor" out of its misery yet?

N.W.A. and Cheap Trick are the saving graces of this year's vote, which saw Deep Purple beat The Smiths 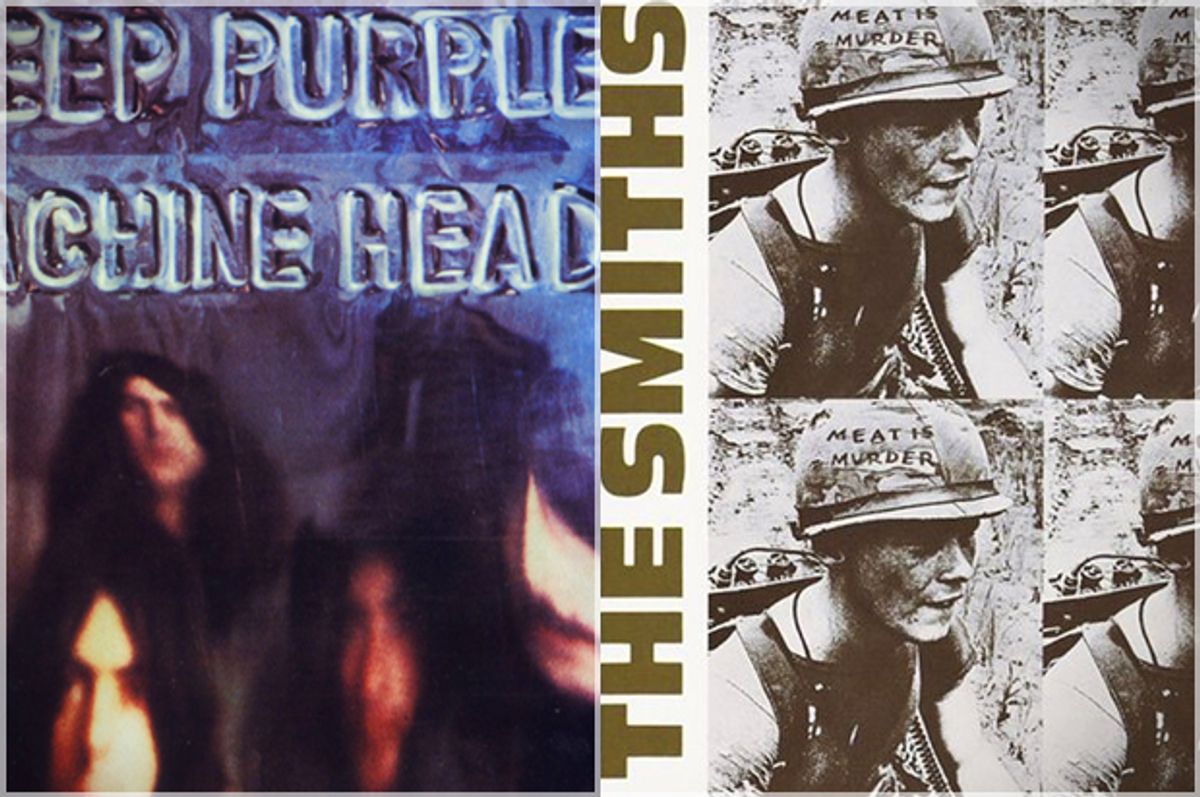 It used to be that the Grammys came up with the most irresponsible assessment of popular music, overlooking important artists during their best years (and sometimes apologizing with belated lifetime achievement awards). Recently, the Rock and Roll Hall of Fame has surpassed the Grammys dubious track record, and this year brings the group to what may be a new low. The Hall’s new slate involves turning down several worthy nominees for the sake of inducting Steve Miller, Deep Purple, and Chicago. If these are the bands most suitable for honoring, the hall should just fold itself up and go home.

The latest group of inductees – who will be feted at an April 8 induction ceremony in New York – also includes N.W.A. and Cheap Trick. The latter is not a major part of rock history, but the Rockford, Illinois band stands as an important link in the power-pop lineage – an inheritor of Big Star and Badfinger that opened the door to groups like The Bangles, Velvet Crush, Sloan, the New Pornographers and many more. And Cheap Trick also gave us perfect songs like “Surrender” and “I Want You To Want Me.”

N.W.A.’s musical and cultural impact is wider, of course, than Cheap Trick’s, but they had been nominated before and failed to break in. After the movie “Straight Outta Compton,” there was no way to deny a group that helped plant the flag for gangsta rap, that had made an album as forceful as its debut, and that included major talents like Ice Cube and Dr. Dre who went on to shape hip hop's decades to follow.

It’s worth noting that this year there is not a single woman inducted. (Chic, Chaka Khan, and Janet Jackson were all nominated and rejected.) And, weirdly, Lob Lobos, a group with decades of good and great records – and which would have put a pioneering Latino band in the hall’s pantheon -- was rejected as well. James Brown is already in, but turning down the J.B.’s – which included, over the years, Bootsie Collins, Fred Wesley, and Maceo Parker – feels like a diss for funk in general.

But the other message seemed to be one of generational politics. When the Smiths are turned down by a body that has not even nominated the Pixies, it’s clear that Generation X (who make up the majority of the audiences for those groups, even if the bands themselves were a bit older) has been overlooked again for the sake of the most boring Boomer war horses. The snub of Nine Inch Nails, which has a lot of Xers upset, doesn't bother me. But it certainly gives a sense of where the hall's taste and generational allegiances are.

Some of the Boomer hit parade, of course, deserves its status. But the sludge of Deep Purple, the weak mix of jazz fusion and soft rock of Chicago, and the unique mix of smarmy and forgettable that Steve Miller has concocted… Is this really the best they can do?

Only a Boomer could pick the bands behind “Fly Like An Eagle” and “Smoke on the Water” over those responsible for “There is a Light That Never Goes Out” and “Where is My Mind?” (Not to mention, taking the musician behind “Abacadabra” over a band responsible for albums like “How Will the Wolf Survive” and “Kiko.”)

And let’s remember some old slights: ZZ Top is in, while bands and artists as influential and accomplished as Roxy Music, Kraftwerk, The B-52s, Sade, The Jam, T. Rex, Brian Eno, Sonic Youth, Television, and Bad Brains are not.

The rock hall’s rules say that musicians can only be nominated 25 years after their first recordings. That means that bands that started up in the early ‘90s – the heart of Gen X’s musical heyday – will begin to be eligible in the near future.

“The Baby Boomers haven’t abandoned their culture,” the co-president of Fox Searchlight, Steve Gilula, told the New York Times today for a story about the huge number of Boomers in Oscar contention. “They want to see stories about themselves.”

This impulse seems to be alive and well in the rock hall as well. The new few years will show whether the rock hall can honor the most substantial artists of the "classic-rock" period and also make room for other stories as well.