Trans women in love, on-screen: This is the lifesaving next step in LGBT visibility 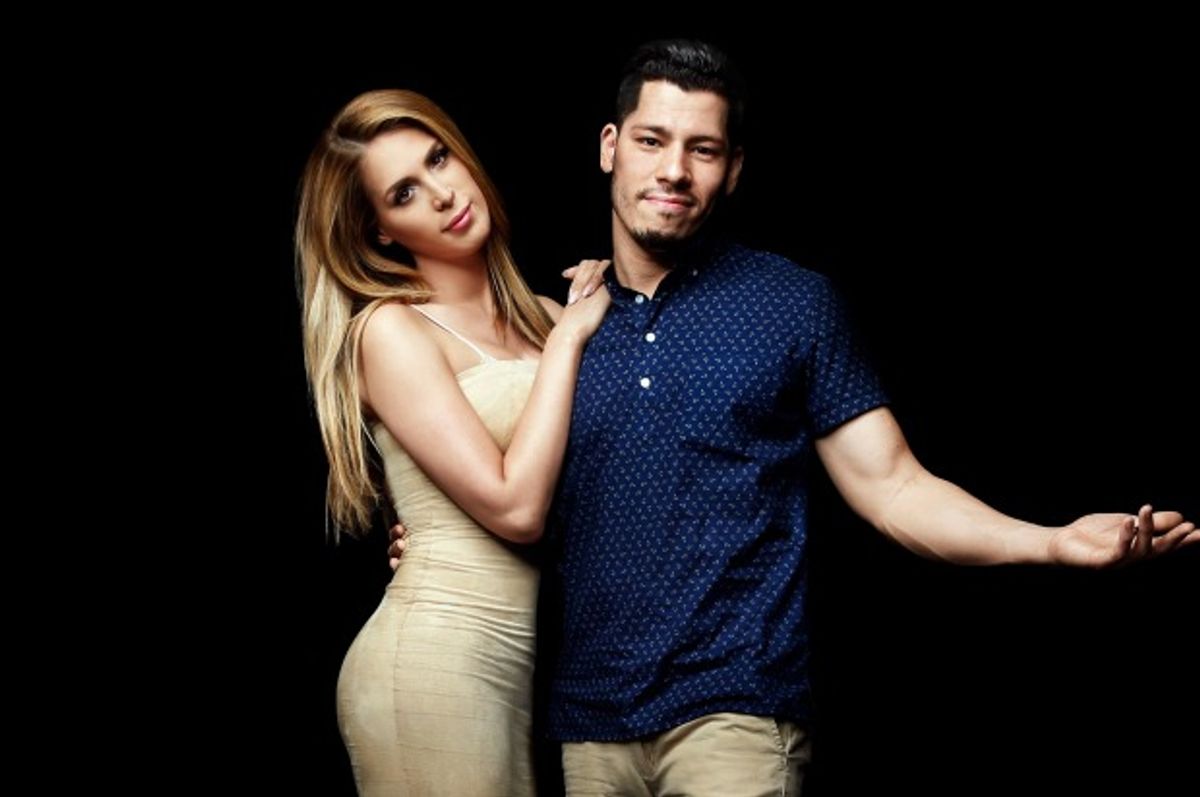 Last week Carmen Carrera made history: The model and former “RuPaul’s Drag Race” became the first transgender woman to ever have her wedding broadcast on American television. Carrera and her partner, Adrian Torres, participated in this season of VH1’s “Couples Therapy,” and the pair were married on the reality show’s season finale. The episode aired just months after Lance Bass and his boyfriend of four years, Michael Turchin, celebrated TV’s first-ever same sex wedding in February. The former boy band singer and his partner filmed their nuptials for the 90-minute E! special “Lance Loves Michael.”

Nineteen years after “Friends” became the first sitcom to feature a lesbian wedding, these moments have offered groundbreaking opportunities for LGBT visibility, following the Supreme Court’s decision to legalize same-sex marriage this June. But for transgender people, in particular, seeing partnerships like Carrera’s normalized is incredibly important. Although the past few years have taken great leaps forward in trans representation, the media is still struggling at representing the fullness of trans experience. This is especially when it comes to trans romance, a topic that remains troublingly taboo in popular discourse.

Where do our ideas of who trans women are and how they love come from? According to statistics from GLAAD, just 8 percent of Americans report knowing a transgender person, meaning that the other 92 percent must rely on the media to inform their perspectives. GLAAD’s Matt Kane told U.S. News and World Report the media can help “[foster] understanding and empathy,” although popular culture has historically failed at that. In a survey of the past decade of transgender representation in film and television, GLAAD found that half of trans people were portrayed in a negative light.

In particular, transgender women are often depicted in media as asexual sidekicks or “fake” women who lure straight men in before being exposed as frauds. In “On the Outside Looking In,” author and critic Julia Serano explains that popular depictions of transness have long categorized women in these two categories: “deceptive” or “pathetic.” If “deceptive” trans women represent a threat to gendered status quo by perfectly performing our expectations of femininity, the “pathetic” character—epitomized by John Lithgow in “The World According to Garp”—isn’t fooling anyone. These characters tend to be portrayed sympathetically because they are considered “harmless.”

These damaging depictions matter—because they tend to legitimize real-life violence. When Fergus discovers that the object of his affections, Dil, is transgender in “The Crying Game,” the “reveal” is presented as horrific and shocking, something out of a slasher flick. He violently vomits in disgust—but not before beating her. According to the Transgender Law Center, this brutal scenario is hardly fiction, as trans people are at a disproportionately high risk for abuse from their partners (and hate crimes in general).

It’s not just the reality of violence that makes dating while trans difficult. In a 2014 article for Bilerico, Brynn Tannehill found that looking for companionship was especially challenging for women in more conservative regions of the country, especially outside of major urban areas. A woman living in rural Ohio told Tannehill: “I've had a fully filled out OKC profile for 18 months, and updated it regularly. I've listed myself as both bi and lesbian but don't hide the fact that I'm trans. I haven't had a single unsolicited message in that time regardless.”

But for trans people, finding love (or even a good hookup) presents its own unique difficulties no matter your location—precisely because of the pervasive stigma around being attracted to trans people. According to “Orange Is the New Black” actress Laverne Cox, the shame cuts both ways. “Most men who are attracted to and date transgender women are probably stigmatized more than trans women are,” Cox argued. “As I date a lot of straight-identified men, I’ve seen them so deeply internalize these ideas very rigidly about what it means to be a man—to be a straight man.”

In a 2013 essay in Salon, Thomas Matt argued that for the partners of transgender people, coming out can be an important and powerful act—because so many are forced into the closet by a culture of shame and silence. “It’s created a disgusting culture of trans-attracted men using trans women for sex but never forming a committed relationship with them,” Matt explains. “Even men who are in committed relationships with trans women will often tell those women that they could never introduce them to their friends or family.”

If that stigma only contributes to further violence, being more honest about our relationships and desires can save lives, and the media should pave the way by acknowledging that trans experiences are both as richly varied and sublimely ordinary as everyone else’s. Trans people get kissed. They have sex. They wonder whether the person they like will call them back. They have their hearts broken. They fall in love. And sometimes they even get married (if you’re into that sort of thing). And they deserve to have those moments represented in ways that are positive and affirming—both for transgender people and their partners.

What’s refreshing is that VH1 is hardly alone in bringing trans love stories to a mainstream audience. In 2008, LOGO aired “Transamerican Love Story,” a "Bachelor"-style reality dating show where eight suitors vied for the hand of Calpernia Addams, an actress and transgender activist. The forthcoming “Her Story” Web series—produced by Eve Ensler of “The Vagina Monologues”—chronicles Violet (Jen Richards) and Paige (Angelica Ross) as they search for romance in Los Angeles. And this season of Amazon’s acclaimed “Transparent” introduced the first love interest for Maura (Jeffrey Tambor), played by Oscar-winner Anjelica Huston.

These milestones matter because they help us see what is possible—for ourselves and for others. When I was young and coming out as queer, I was told that I had only isolation to look forward to; I still remember a friend telling me that she loved me but couldn’t support my “lifestyle.” She explained, “It’s just such a lonely way to live.” Among the women Tannehill corresponded with, many of them spoke of that same despair. “I do actually feel at this point that it is highly likely I will live out my remaining days alone despite being 'amazing' as my friends describe me,” a woman in Florida wrote.

For those who feel that way, it’s time to create a culture that reminds transgender women—and everyone else—that, no matter what, they deserve to be wanted and desired. They deserve love. And that message starts with us.