Anti-Muslim hate crimes have tripled in the U.S. since the Paris attacks

Islamophobic violence is at the highest in the U.S. since after 9/11. There have been shootings, arsons, & assaults 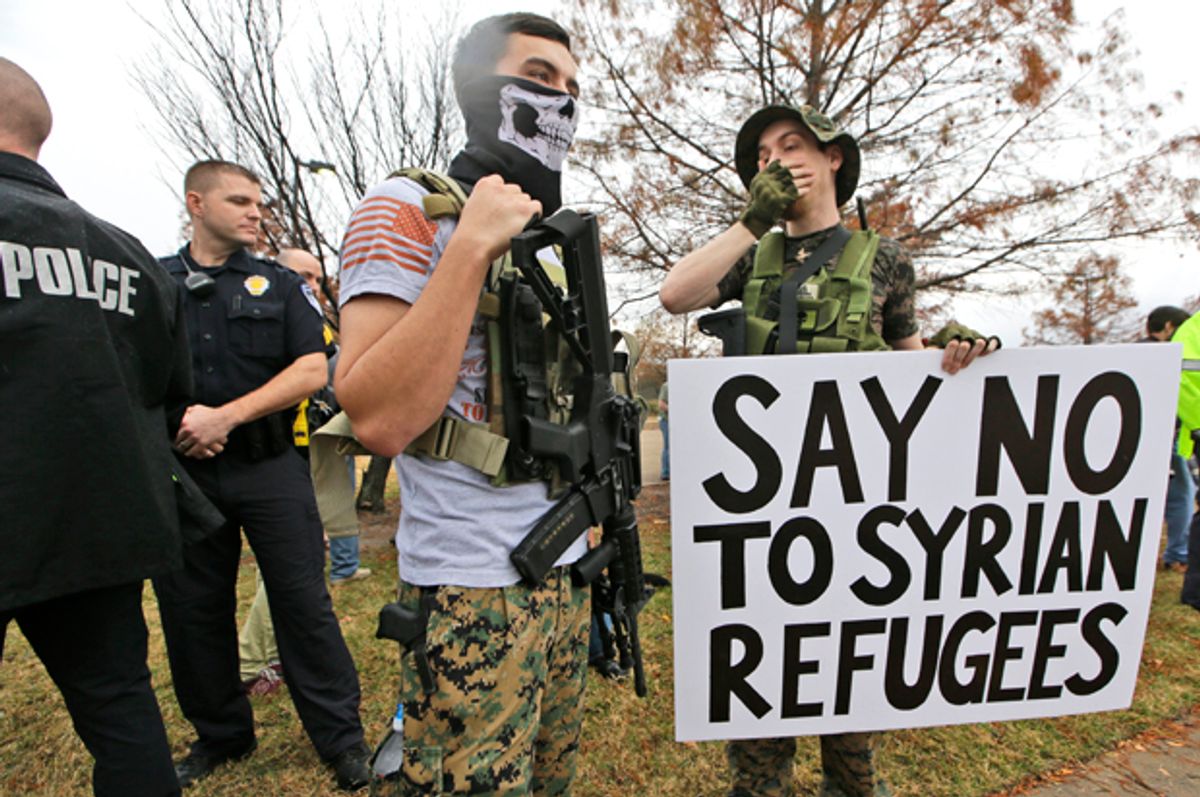 Hate crimes against Muslim Americans and mosques have tripled in the U.S. since the Nov. 13 Paris attacks, according to new research by California State University, San Bernardino's Center for the Study of Hate and Extremism.

These crimes include arsons, shootings, assaults, vandalism, and death threats.

In the month since the Paris attacks, there have been at least 38 anti-Muslim hate crimes in the U.S. Before the November attacks, there was an average of 12.6 suspected hate crimes against Muslim Americans each month, according to the FBI.

The only other time there were more anti-Muslim hate crimes in the U.S. was in the wake of the Sept. 11, 2001 attacks.

The director of the Center for the Study of Hate and Extremism, criminologist Brian Levin, told the New York Times, "The terrorist attacks, coupled with the ubiquity of these anti-Muslim stereotypes seeping into the mainstream, have emboldened people to act upon this fear and anger."

A previous study conducted by the leading Muslim civil rights organization the Council on American-Islamic Relations (CAIR) found that, from the beginning of 2015 up to Dec. 8, American mosques and Islamic centers were the scene of at least 63 acts of vandalism, harassment, and anti-Muslim bigotry. A CAIR spokesman noted, however, that this figure is likely drastically underestimated. California State University, San Bernardino's new study better reflects the rapid increase in hate crimes.

In the past few weeks, there have often been multiple anti-Muslim attacks in the U.S. every single day. Salon recently compiled a list of some of the most extreme of such hate crimes.

On Thanksgiving, a man in Pittsburgh shot a taxi driver in his own cab with a rifle for being Muslim.

CAIR's Washington, D.C. office was evacuated by police on Dec. 10, after the group received threatening hate mail that read "Die Muslims, die" and contained a foreign substance first believed to be poisonous.

An arsonist set fire to a California mosque, while a North Dakota restaurant owned by Muslim Somali refugees was defaced with Nazi graffiti and then firebombed.

On Dec. 12, a store clerk of Indian descent in Grand Rapids, Michigan was shot in the face by a robber who called him a "terrorist" and insisted he was a member of ISIS.