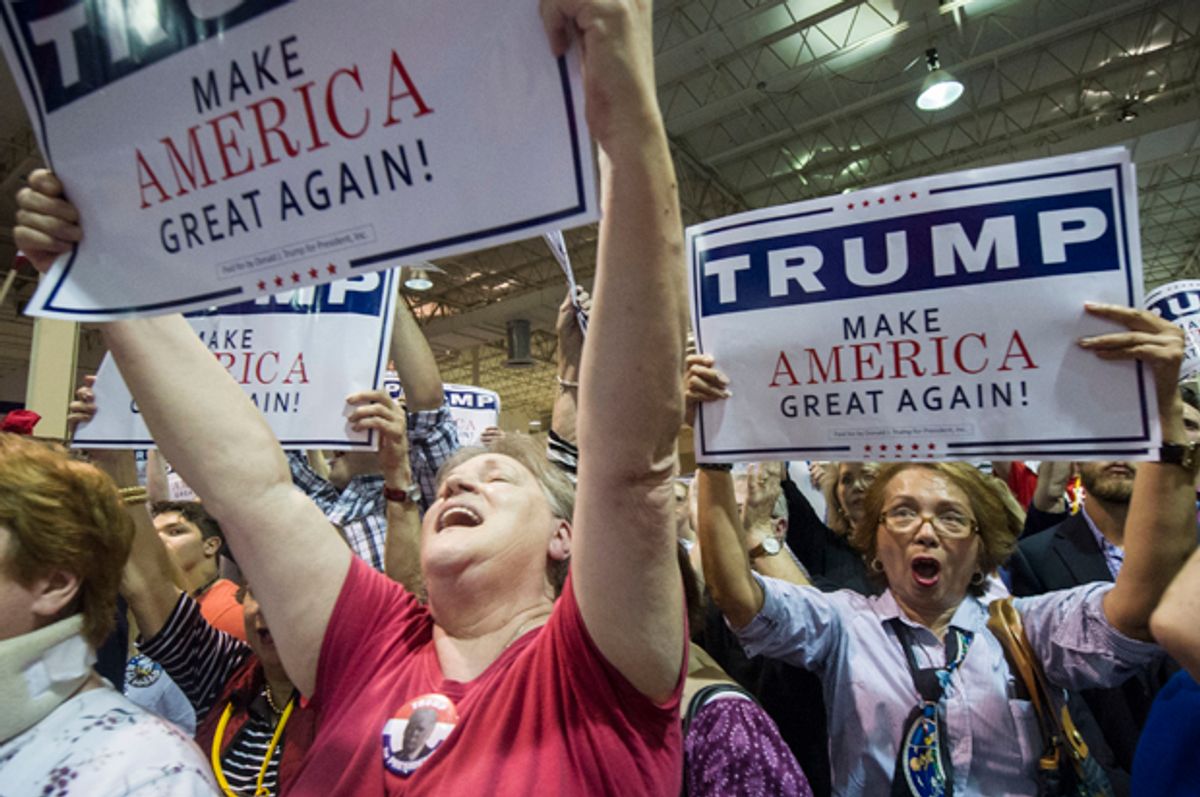 According to a new Public Policy Polling (PPP) poll, 30 percent of Republican primary voters nationally support bombing Agrabah, the made up home of Disney's Aladdin, and 34 percent support Donald Trump for president.

Of course, Trump leads the crowded pack of GOP presidential wannabes overall with a whopping 34 percent support nationally. His nearest rival, Ted Cruz, stands at 18 percent. Of those Republicans who would like to bomb the fictional land of Aladdin, support for Trump is at 45 percent. To their credit, 57 percent of Republicans at least responded that they weren't sure if the U.S. should bomb the Arab sounding land while 13 percent opposed a bombing campaign in the Disney created nation.

Surprisingly, self-identified Tea Party members only accounted for 16 percent of respondents of the survey conducted over two days this week while half of all respondents identified as Evangelical Christians.

More than a quarter indicated that they would like to outright ban the religion of Islam from being practiced in the U.S. That number jumped to 42 percent of Trump supporters who think Islam should be illegal. Another 46 percent of Republican voters support a national Muslim registry although for 47 percent, shutting down all mosques is a bridge too far.

54 percent of all Republican primary voters support Trump's call to ban all Muslims from entering the United States, while 36 percent believe Trump's claims that thousands of Muslims in New Jersey were cheering from the rooftops on 9/11.

The full poll, which features a stunning Ben Carson drop to 6 percent support nationally, illustrates just how extreme the base of the Republican party has gotten. The only area in which the Republican presidential candidates appear to be more extreme than their base is, unsurprisingly, on a specific gun control issue. 80 percent of Republican primary voters support banning individuals on the terror watch list from purchasing firearms. The Republican party, however, has staunchly opposed the effort at the directive of the NRA.