There's no escape: You cannot vanquish Donald Trump, only contain him

Trump's rise is a sign of our democracy's ill health. But recognizing the problem isn't the same as fixing it 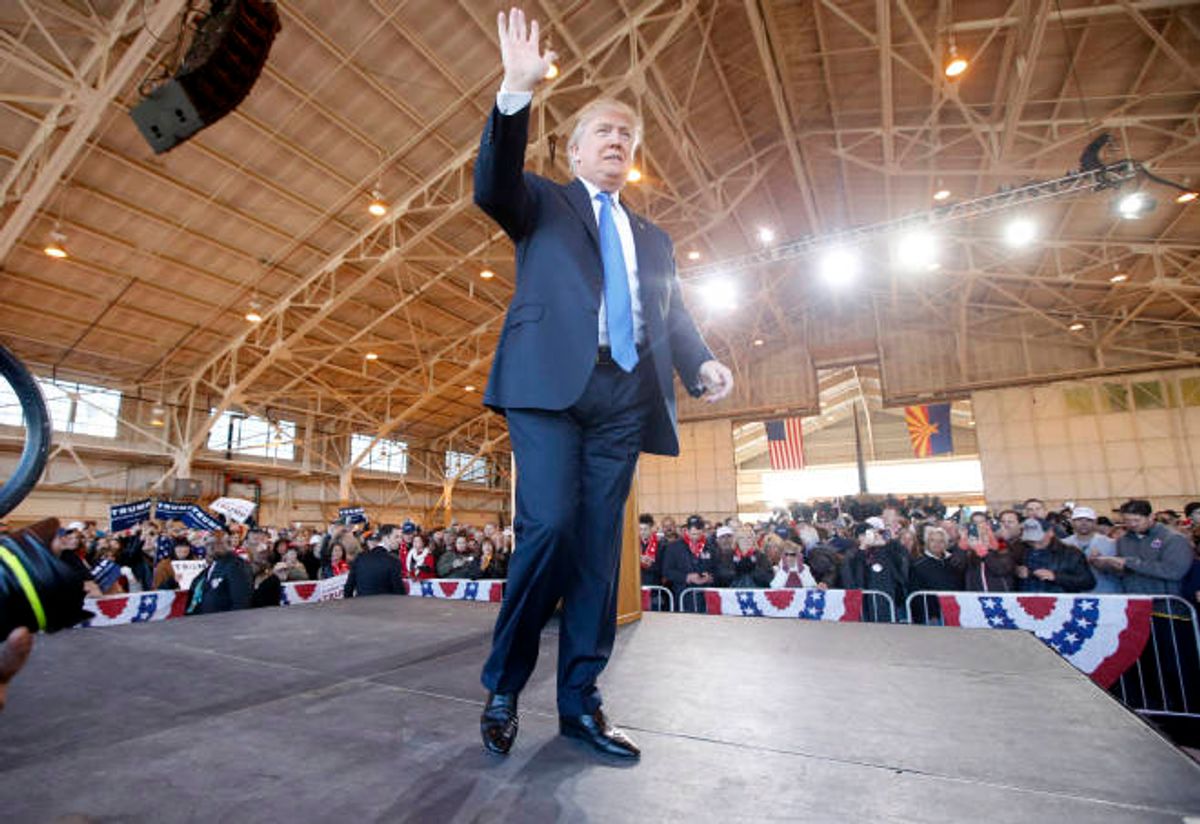 Donald Trump has been running for president for about six months, and while the demagoguery and irresponsibility of his campaign has ebbed and flowed, its fundamental nastiness has been clear throughout. This is the man who couldn’t even get through his launch address without calling Mexican immigrants drug dealers and rapists, after all. He’s not exactly subtle.

By the same token, as soon as Trump’s campaign started to gain real traction, the media has tried to provide answers to those who cannot understand what Trump’s supporters find so appealing. Personally, I’ve found the explanation offered by National Journal’s John B. Judis to be the most persuasive; but there have been many other useful pieces, too. It’s become something of a cottage industry.

Despite all of this, however, it’s clear that many observers of American politics are still searching for answers. And I’m starting to wonder if their motivations have more to do with their emotions than their intellect. To anyone who wants the U.S. to remain a relatively pluralist liberal democracy, Trump’s successes are profoundly threatening. So much so, in fact, that no temporal explanation is satisfying. They’re all too mundane.

Predictably, this lack of consensus has created a vacuum, which pundits are trying to fill with their respective hobbyhorses. I don’t think they’re doing so in bad faith, to be clear; it’s more that explaining Trump has become a kind of Rorschach test. Like a dark inverse of Barack Obama’s “blank screen,” onto which so many Americans once projected their hopes and dreams, Trump has become a kind of canvas for our anxieties and our fears.

Right now, the dynamic is more pronounced on the left than the right, partially because Republican elites remain too gobsmacked by Trump’s rise to analyze it coherently. The left, on the other hand, is full of ideas, which can generally be grouped into two camps. And unless you’ve never paid attention to left-wing politics before, they should be familiar. On the one side, Trump is blamed on neoliberalism; on the other, racism.

Yet if there were ever a “why not both?” situation, this is it. There’s obviously something to the idea that Trump’s fans are, as Bloomberg View’s Francis Wilkinson put it, a “Coalition of the Descending.” They’re disproportionately non-college-educated white men, and while it’d be wrong to say they’ve suffered the most under the neoliberalism’s globalization, deindustrialization and union-busting, they’ve certainly seen better days.

It’s therefore probably right to argue, as the more anti-neoliberal wing of the left has, that Trump’s appeal could be blunted if his opponents were to offer a robustly populist economic agenda. That would include a strident defense of Social Security and Medicare, to be sure. But it would need a rejection of free-trade behemoths like NAFTA or the TPP, too. There’s a reason Sen. Bernie Sanders tends to fare well against Trump in hypothetical polling.

At the same time, the left should not make the same mistake Republican elites did and misjudge Trump after ignoring uncomfortable facts. For the right, those uncomfortable facts had to do with just how enraged GOP voters were, and how much they wanted to stick a thumb in the eye of the party’s leaders. For the left, the uncomfortable fact is that racism is an independent and powerful force in American politics, one that no economic policy could eradicate.

Yes, the economy matters. But human beings are not economic creatures, first and foremost. They’re social ones. And as New York magazine’s Rebecca Traister recently argued in a superb essay (and as I’ve tried to argue previously, too) the fear and anger experienced by people who feel they’re being dispossessed — either economically, socially or both — can have major political consequences. Trump’s campaign is succeeding in the midst of the best economy in more than a decade, don’t forget.

If you give full measure to both the social and the economic drivers of Trump’s support, you come to a disquieting conclusion. It’s unsettling enough, in fact, that you may feel compelled to keep looking, in the hope that you’ll stumble upon a more reassuring explanation. That conclusion, simply put, is this: Trumpism, like terrorism, sickness and all manner of evil in the world, cannot be definitively beaten.

It can be guarded against. It can even be contained. But a final, ultimate victory? One that banishes Trump and all he represents from the stage of American politics, once and for all? That’s not going to happen. Like human nature itself, it is beyond any politician or political movement’s fixing. There will be no Waterloo for Trump and those like him. The best-case scenario, if we’re lucky, is that he, like other demagogues before him, will slowly but surely come to fade away.