This isn't a free speech case: Professor who calls Sandy Hook killings a hoax deserves to be fired

Academic freedom is vital for the health of universities—but if he harassed crime victims, that crosses a line 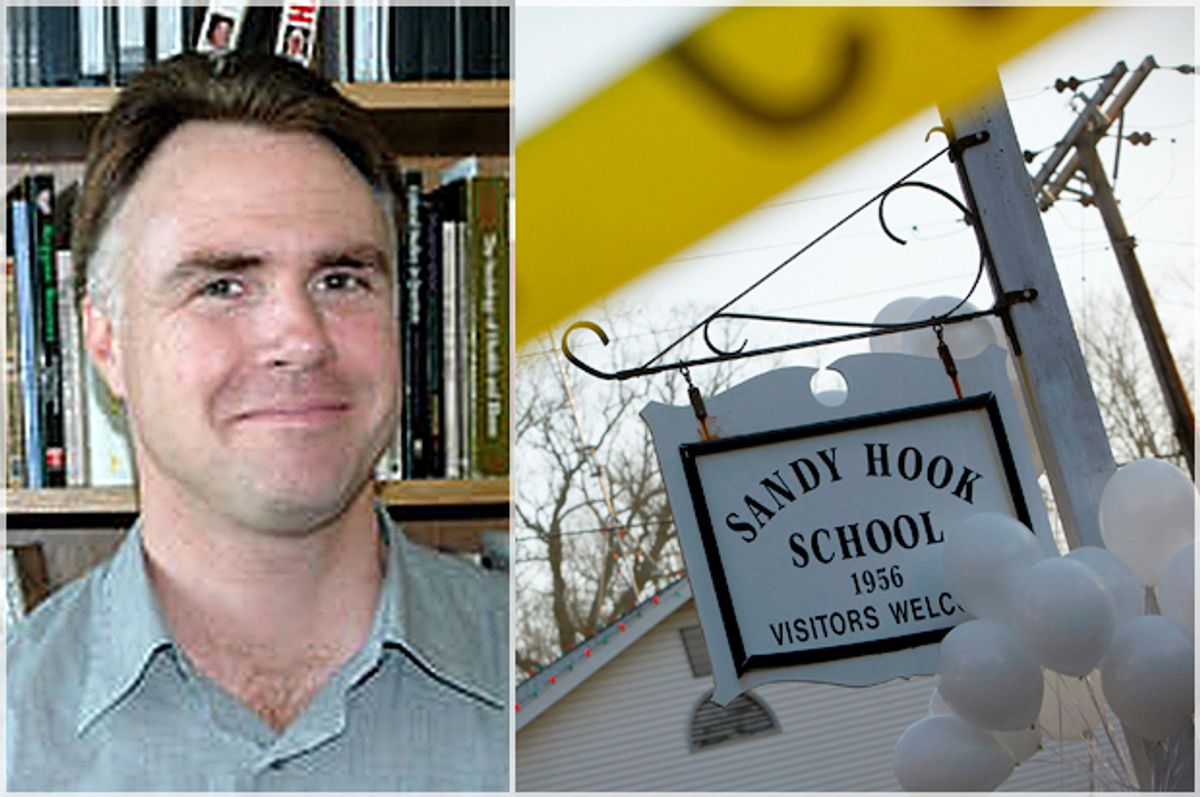 For much of this week, it looked like Martin Shkreli was shaping up to be the nation’s most despised citizen. The 32-year-old CEO became notorious for purchasing the license for the drug Daraprim – a crucial medication for people with compromised immune systems -- and raising its price from $13.50 per pill to $750. His arrest on securities fraud – the charge of running a Ponzi scheme was unrelated to the price gouging – gave many observers a sense of divine justice.

Many of us are praying for a similar resolution to a case that may be even more unpleasant: The obnoxious behavior of James Tracy, a communications professor at Florida Atlantic University who has not just called the Sandy Hook killings of 2012 a staged drill at which no one died, but has reportedly gone after the family of one of the victims.

Lenny and Veronique Pozner, who lost their son Noah in the shooting, wrote an op-ed last week about some of the pain they’d experienced.

The heartache of burying a child is a sorrow we would not wish upon anyone. Yet to our horror, we have found that there are some in this society who lack empathy for the suffering of others. Among them are the conspiracy theorists that deny our tragedy was real. They seek us out and accuse us of being government agents who are faking our grief and lying about our loss.

They mentioned Tracy as one of several who had deepened their emotional damage.

Tracy even sent us a certified letter demanding proof that Noah once lived, that we were his parents, and that we were the rightful owner of his photographic image. We found this so outrageous and unsettling that we filed a police report for harassment. Once Tracy realized we would not respond, he subjected us to ridicule and contempt on his blog, boasting to his readers that the "unfulfilled request" was "noteworthy" because we had used copyright claims to "thwart continued research of the Sandy Hook massacre event."

This is not the first case of complaints against Tracy, who often criticizes the failings of the mainstream media and runs an incendiary blog — none of which is actionable. But the university has begun termination proceedings against Tracy, and it’s about damn time.

The case is legally tricky because of the way tenure and other university free-speech protections work. Tenure is not a perfect system, but it’s been crucial over the years to protect unpopular speech. Universities, for instance, were not immune from the witch hunt of the Red Scare, but McCarthyism on campus would have been much worse if the tradition of academic freedom had not existed. These days, it’s especially important at public universities for scholars to be able to speak and work freely without fear of offending the ruling political party.

There is probably a First Amendment absolutist argument that says that Tracy, whatever his offenses, should be protected for the sake of free speech. But Tracy has not come up with controversial research or a startling scholarly paper: He has allegedly harassed a family that is already the victim of a horrific crime.

The Sun-Sentinal contacted a lawyer familiar with tenure law, Jeffrey S. Morton, who also teaches at Florida Atlantic University. Tenure, he judged, did not give Tracy immunity to the charges against him.

"His harassment of the parents of murdered children was vulgar, repulsive and an insult to the academic profession,” Morton told the paper. “Faculty concerned about the status of tenure should, in fact, be relieved that FAU began termination procedures. While there are real reasons to protect tenure for academic research, Tracy's ‘scholarship’ makes a mockery of what academics do. His termination both holds Tracy accountable for his despicable behavior and reduces pressure on elected officials to end tenure."

So if you believe in tenure, and believe in human decency, you should applaud the charges against this despicable conspiracy theorist. The university’s legal team will probably have to be skillful in nailing this guy. But if they succeed, maybe he and Shkreli can share a damp cell somewhere?