This blind spot is only going to become more obvious in the decades to come, too 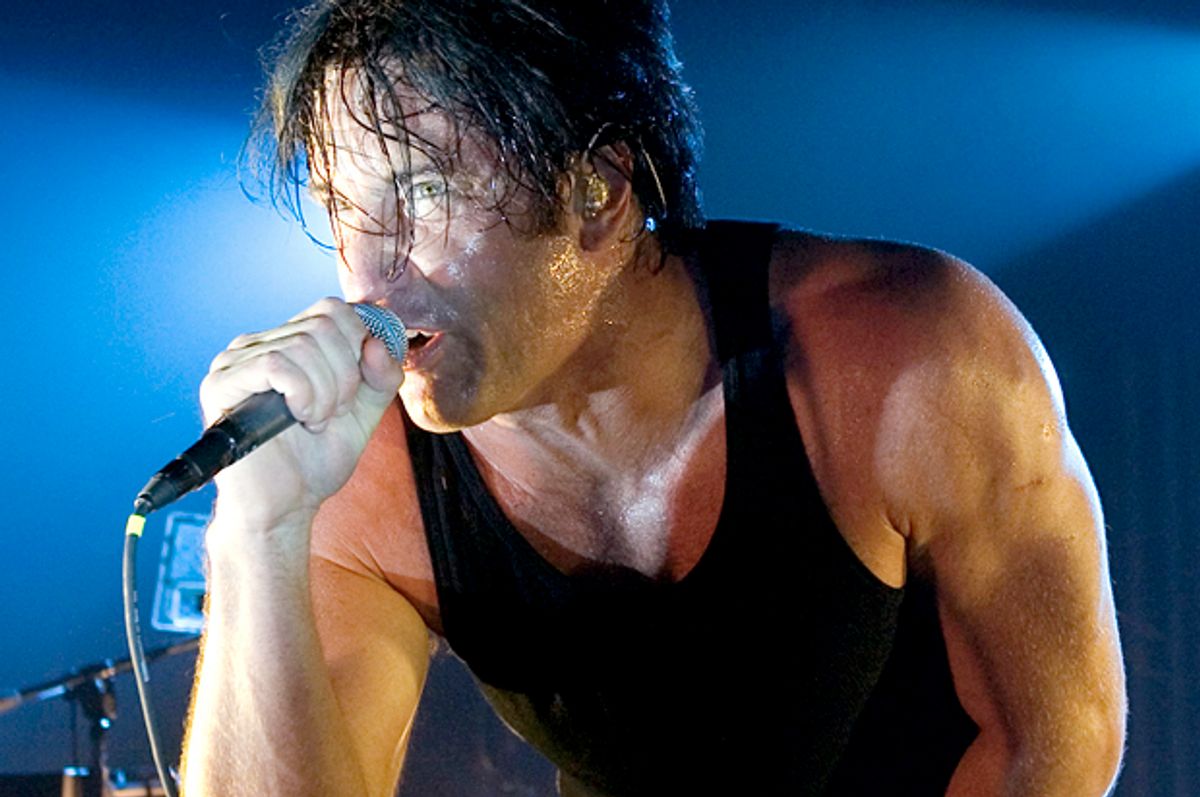 Early Thursday, the Rock and Roll Hall of Fame announced the inductees for the class of 2016. Classic rock fans had much to celebrate: Scrappy power-pop band Cheap Trick finally received a nod, as did hard rock and metal pioneers Deep Purple, classic rock staple Steve Miller and funk/jazz troupe Chicago. The class—which will be inducted during a ceremony on April 8 in Brooklyn—was rounded out by influential rap group N.W.A., who've experienced a cultural resurgence in 2015 with the release of the "Straight Outta Compton" biopic.

As with every year, there were plenty of fans left disappointed by the ballot. Prog titans Yes and proto-new wavers the Cars didn't make the cut; neither did the Smiths, whose influence on alternative music looms large. Even more disappointing was the continued absence of Chic, who first found fame with disco but have continued to have a massive influence on rock, electro and dance music from the '80s to the present day—mainly thanks to Nile Rodgers, whose guitar prowess and production style are unparalleled. And the lack of women inducted—specifically, Chaka Khan and Janet Jackson—was also disappointing.

In one sense, this year's class felt like voters ushering in long-term omissions and clearing the plate for the looming influx of '90s-popularized acts eligible for the Rock Hall—in the coming years, Pearl Jam, Smashing Pumpkins, Radiohead, Beck, Rage Against the Machine and Tori Amos all become eligible, joining previously nominated (and shut out) band Nine Inch Nails. The lack of support for the latter is curious: Although Green Day and Nirvana were (deservedly) inducted on their first try, NIN've now been passed over for two years running, despite remaining a vibrant, ongoing live and studio concern, and despite frontman Trent Reznor's status as an electronic music pioneer.

The snub is frustrating, because NIN more than any band is determined to haul rock 'n' roll into the modern age. The band's 1989 debut LP, "Pretty Hate Machine," was a near-perfect bridge between new wave and hard rock/metal—highlighted by the twitching synthfunk of "Sanctified," razor-burned industrial-pop of "Terrible Lie" and the shredded disco of "Down in It"—while Trent Reznor's musical delivery owed more than a small debt to hip-hop and even soul; his voice was frequently high in the album's mix, bursting at the seams due to its desperation.

Since that time, Reznor has refined and evolved NIN's sound, but kept this commitment to sonic agnosticism intact. This fact is all too easy to overlook, because the band's biggest-selling, most visible album coincided with their heaviest material. 1994's "The Downward Spiral" was a jolt of nihilism, violence and self-loathing that gave many the mistaken impression that NIN were just another bunch of brooding angst merchants. Released during a time period where deep personal turmoil was inexplicably fashionable (if not downright bankable), the record inadvertently made NIN multiplatinum superstars. Singles "Closer," "Hurt" and "March of the Pigs," meanwhile, became classics.

Still, it's safe to say that the mainstream curved to accommodate NIN's provocation, not the other way around. At the time, the band's presence on MTV and the radio—not to mention a notorious, mud-slinging Woodstock '94 appearance—felt like a revelation, a bizarro world victory for the misfits and the disenchanted. NIN's existence soon became less singular, of course, because their success ushered in a movement of gothic-tinged, knives-out industrial-metal bands: Reznor protégés Marilyn Manson, NIN labelmates Prick, horror-rock god Rob Zombie, and alt-rock radio staples such as Gravity Kills, Filter and Stabbing Westward. With the exception of Manson and Zombie, these groups had only brief periods of mainstream prominence, which gave many the mistaken impression that NIN's impact was ephemeral or limited in scope.

Nothing could be further from the truth: Reznor & co.'s influence is actually understated (and hard to pin down) because it's so diffuse. Nu-metal-oriented acts such as Static-X, Orgy and Deadsy are certainly indirect (but obvious) descendants, while NIN's success paved the way for Linkin Park's multiplatinum reign and electroplated angst. However, Reznor's approach to rhythm, texture and arrangements, as well as his studio style, is as influential as the resulting music: Hip-pop kingpin Timbaland has gone on record as praising Reznor's production, as has Porcupine Tree's Steven Wilson, a prog giant; emo-rock band Mae and "Weird Al" Yankovic have covered NIN songs; and the band's music has been sampled by everyone from Ice Cube's Westside Connection to rapper Charles Hamilton. The idea of NIN, the intangibles informing the band's music, are as inspiring as the actual albums.

Ground zero of this particular influence, of course, was "The Downward Spiral." From a recording and sonic standpoint, the record is a marvel—a collection of sound collages and atmospherics built using cutting-edge digital recording equipment and an abstract creative process. In the ensuing decades, Reznor has continued to embrace studio innovation and sound sculpture. In fact, he's normalized the use of technology in constructing mainstream rock music, by proving time and time again that these tools weren't something to fear because they disrupted the typical guitar-bass-drums-keyboard configuration. Digital progress enhanced the studio process, because it removed physical creative constraints and aided experimentation.

But for as innovative as NIN's music was and is, Reznor has always had deep reverence for his idols. His stubborn insistence on forward motion is a nod to plenty of artists (and Hall of Famers) he respects—to name a few, Queen, Prince, Rush and (especially) David Bowie—while Pink Floyd's "The Wall" was a formative album. As NIN became more popular, Reznor leveraged this increased platform to honor those who shaped him: King Crimson guitarist Adrian Belew has played on four albums; electronic music icon Gary Numan has performed live with the band multiple times; and NIN and Bowie famously toured together in 1995, leading to combined covers of songs such as "Reptile" and "Scary Monsters (And Super Creeps)." At other times, NIN have covered even more Reznor favorites, from Queen's "Get Down Make Love" and Adam Ant's "Physical (You're So)" to Joy Division's "Dead Souls."

And as for the bands NIN supposedly spawned in the '90s? In the '80s, Reznor played in Cleveland band the Exotic Birds with Stabbing Westward's Andy Kubiszewski, while Prick's Kevin McMahon was in another seminal act with which Reznor played, Lucky Pierre. NIN's existence amplified people who were Reznor's peers. In other words, his music has never been tabula rasa; NIN differentiated themselves by deconstructing conventions and existing structures, and using the remnants to build up entirely new organizing principles, creative approaches and paths to success. The band's embedded on the same forward-glancing continuum populated by plenty of Hall of Famers—and even should-be Hall of Famers—making them one of the most glaring omissions from the museum.