Mandy Patinkin pleads with Colbert's audience to resist Islamophobic fearmongering: "When you meet these women and children you will not be afraid"

"This fearmongering and hatred that's going on by people running for the President is so misguided," Patinkin said 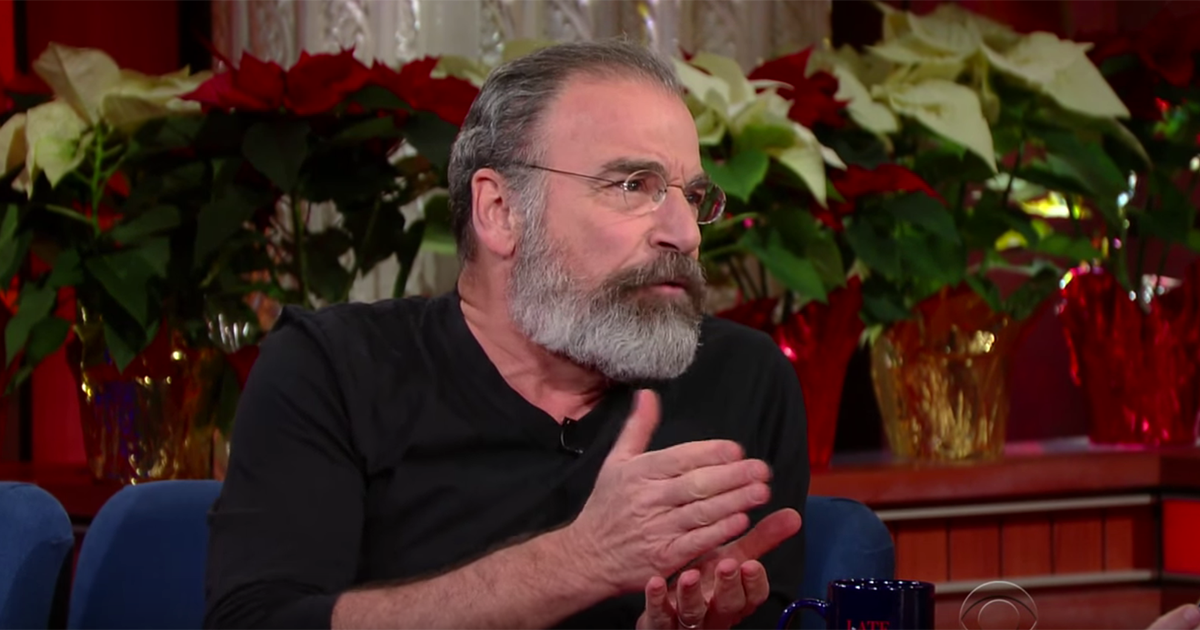 When Mandy Patinkin walked out onto the "Late Show" stage Friday night, it became clear that he wasn't just there as some Hollywood actor promoting the season finale of "Homeland" to Stephen Colbert.

Patinkin was just as serious as when he avenged his father's death in the "Princess Bride," which Ted Cruz keeps quoting. Right off the bat, Patinkin began addressing the nature of good and evil and the models through which we decide to go to war.

At the end of season four of "Homeland," his character Saul was being held captive and wanted to take his own life instead of have his life mean that terrorists went free as part of an exchange. Saul realizes it's getting harder to tell who are the good guys and who are the bad guys anymore. "He looked in the mirror and he went 'I'm the enemy.' The line of good and evil runs through each one of us," Patinkin said.

Patinkin said that anyone who is prepared to take a life is placing themselves above the law and believing that they are God. While he was talking about war and peace, he could very well have been talking about the right-wing trope about "good guys with guns."

But Patinkin was just getting started. "It is essential that we stop this paradigm of violence that Saul has learned," he said passionately. "By that I mean, it hasn't worked. It hasn't worked, this violence 'an eye for an eye.' We have to come up with a new paradigm ... and what is that new paradigm if war isn't working? Where you spend $4 trillion on this war. What is being spent on the marginalized people in humanity? All of these wonderful Muslim men and women that have no education, no opportunity, no good schooling and so what do they do? They look for someone else who's saying 'will give you a better life.' Why aren't we talking that money that's used for bombs, and making schools and hospitals and homes and opportunity?"

Patinkin went on to say that many people defend bombs because "bombs make a lot of money for a lot of people and education doesn't make money." From there he addressed fear saying that it's normal and healthy to feel it. "This fearmongering and hatred that's going on by people running for the President of United States, is so misguided. It is important that we open up our arms and our hearts to refugees that are fleeing a horrifying situation." Patinkin spent time earlier this month in Lesbos with the refugees, holding a baby in his arms he feared was dead.

"When you meet these women and children you will not be afraid!" Patinkin pleaded with the audience to help the refugees. "Humanity is a good thing when exercised... Use your imagination about how you can make the world a better place, and bomb all of these marginalized people with opportunity."

Watch the captivating and emotional video below: