True crime, Netflix-style: Because you watched "The Jinx," here's "Making a Murderer" 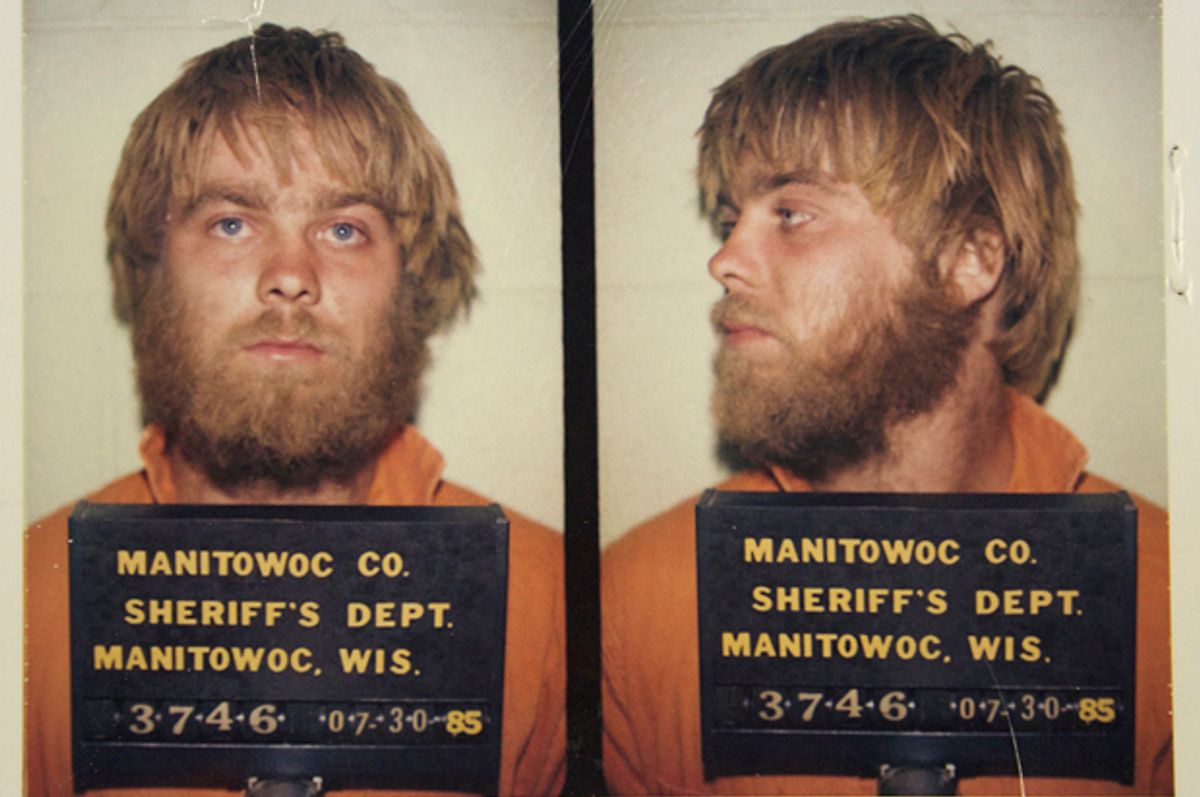 As soon as I began to watch Netflix’s original series “Making a Murderer,” I had a feeling I’d heard the story once before. It was in one of the more haunting podcasts I’ve ever heard. No, I’m not talking about “Serial,” although given that “Making a Murderer” exists precisely because “Serial” and HBO's “The Jinx” became such cultural phenomena, I might as well be. But this was, in fact, an episode of “Radiolab,” a podcast from WNYC, which explores the intersection of science, culture and philosophy. And in this episode, called “Are You Sure?” a woman named Penny Beernsten told the story of how she had been raped, and after going to the police, was absolutely convinced she had identified her rapist in the police lineup. She describes feeling chills of fear as she identifies him, and a rock-solid conviction that she was looking at the man who had so terribly violated her.

But 18 years later, DNA evidence exonerates him, and finds that another man (who is already in jail) was in fact the perpetrator. Penny describes, on the podcast, her horror at identifying the wrong man. She even met with the wrongfully accused, Steven Avery, to apologize, and the two even worked together on criminal justice reform. Then, in 2005, just about two years after he was exonerated, Steven Avery was found guilty of murdering a photographer named Teresa Halbach. The evidence was substantial. Avery is currently serving a life sentence in Waupun, Wisconsin.

The "Radiolab" segment focused, in particular, on Beernsten’s feelings of doubt and certainty throughout the ordeal—as a man she believed to be guilty turned out to be innocent, only to end up committing another horrible crime. And it is quite a story of shifting certainties. But left unsaid in those 24 minutes is the years-long story of how Steven Avery ended up a person of interest in Beernsten’s case at all—and how 18 years in prison turned him into a man more capable of murder than when he walked in as an innocent man. “Making a Murderer” sets out to tell that story, in 10 hours. [Note: I watched the first two episodes for this review.]

First things first: “Making a Murderer” is rather derivative. Insofar as Netflix is proudly derivative, though, when it comes to creating content that it can algorithmically suggest to customers who already watched and enjoyed something else, it’s about par for the course. The title sequence and music is so similar to HBO’s “The Jinx” that it clearly was created after a producer or executive said, “make it like ‘The Jinx’”; the oversaturated snapshots of Avery’s childhood face and the moody instrumentals indicate, just like “The Jinx’s" did, that there is more to this story than meets the eye. And the 10-episode structure, which includes hefty amounts of voice-overed phone conversation with Avery from inside prison, deliberately evokes “Serial.”

But where “The Jinx” was about the symbolic, emotional engagement that accused murderer Robert Durst had with his own life, and “Serial” was about the unfolding investigation into a story that stubbornly refused to stay simple, “Making a Murderer” is both simpler and more provocative. There is no real question of what happened in Steven Avery’s two cases—first, the rape of Beernsten, and second, the murder of Halbach. Avery was innocent of the former and guilty of the latter. Even the mechanics of how and why both stories ended up the way they did are not particularly contested. Avery got in bad with the sheriff’s department in his small town, and an unconscious or willful vendetta ensued. And after he got out of prison, something in the man had changed or amplified, to the point that he could become the monster they said he was. On one hand, Avery was making appearances with politicians and getting interviewed by local news; on the other hand, his personal life was spiraling, as he lied on the stand for his ex-girlfriend’s DUI hearing, with little thought to the consequences.

So here is a man who both was a victim and then victimized an innocent woman; here is a man who was served very badly by police, courts, incarceration and the media. And here is a man who is back in prison, after regaining his freedom for two short years. “Making a Murderer” isn’t about the questions of the case, it’s about the implications Avery’s case raises—both for the political policing of communities and the harsh realities of incarceration. And beyond those implications, the documentary series asks: Is that what we really want, out of our criminal justice system?

What “Making a Murderer” does lack, significantly, is the creative voice of the unreliable narrator—whether that’s “The Jinx” director Andrew Jarecki, “Serial” host and narrator Sarah Koenig, or even the mostly silent but poignantly pensive Ken Dornstein in “My Brother’s Bomber.” “Making a Murderer” doesn’t have that arresting peg of the audience surrogate, which can so often be a galvanizing force in and out of a dense journalistic tale.

But it’s worth observing that while “Making a Murderer” is more detached than those other docuseries—with a very uncinematic, nonfiction, brass-tacks style—the series also can’t help but evoke some other critically acclaimed series of the past few years. “Rectify” tells almost the exact same story, except fictionalized, and in Georgia—of a man convicted on rape charges and then exonerated a generation later, to try to re-intergrate into his life. “Fargo” revolves around the policing of a similarly small town with similarly awful crimes—and similarly quaint accents, as Minnesota and Wisconsin are neighbors. And “Orange Is the New Black” tells a story of prison, albeit one that has changed quite a bit from the first season. “Making a Murderer” is kind of an artifact to straddle the worlds of prestige-ish drama and prestige-ish documentary, making for a prestige-ish experience. That’s not exactly a recommendation, but at least along the way, it might raise some thorny questions that do not have refined production values or distinct narrative arcs.