"Debates are stupid. You should be paying me": "Saturday Night Live" mocks the GOP debate in brilliant cold open 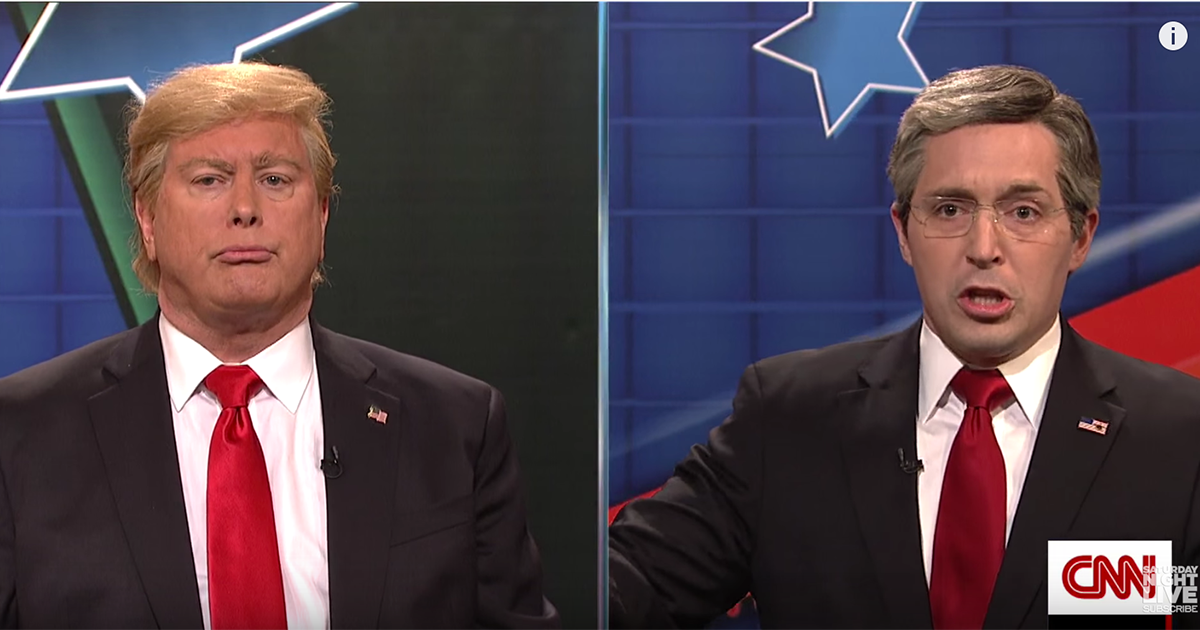 "The results are in and everybody lost," Jon Rudnitsky as Wolf Blitzer said about the "kids table" on "Saturday Night Live"'s parody of CNN's Republican Debate. "Now let's meet the candidates. Nine are here tonight. The five who actually have a chance are..." he said, announcing the rest of the faux field of candidates: Donald Trump, Ted Cruz, Ben Carson, Marco Rubio and "poor, sweet Jeb Bush." Adding, "The rest of you just wave so your parents know you’re here."

Poor Jebra tried to swing back asking Blitzer for a "desperate swing at Donald."

Jay Pharoah flawlessly nailed the monotone of Ben Carson with his folded "gifted hands" out in front of himself like a "T-Rex Trying" cartoon.

It's amazing — check this out: