The "SNL" moment we’ve all been waiting for — Tina Fey's Sarah Palin and Amy Poehler’s Hillary return: "I heard that after you lost you had to become a secretary"

Poehler and Kate McKinnon both play Clinton, ecstatic over Trump's candidacy: "You changed your hair!" 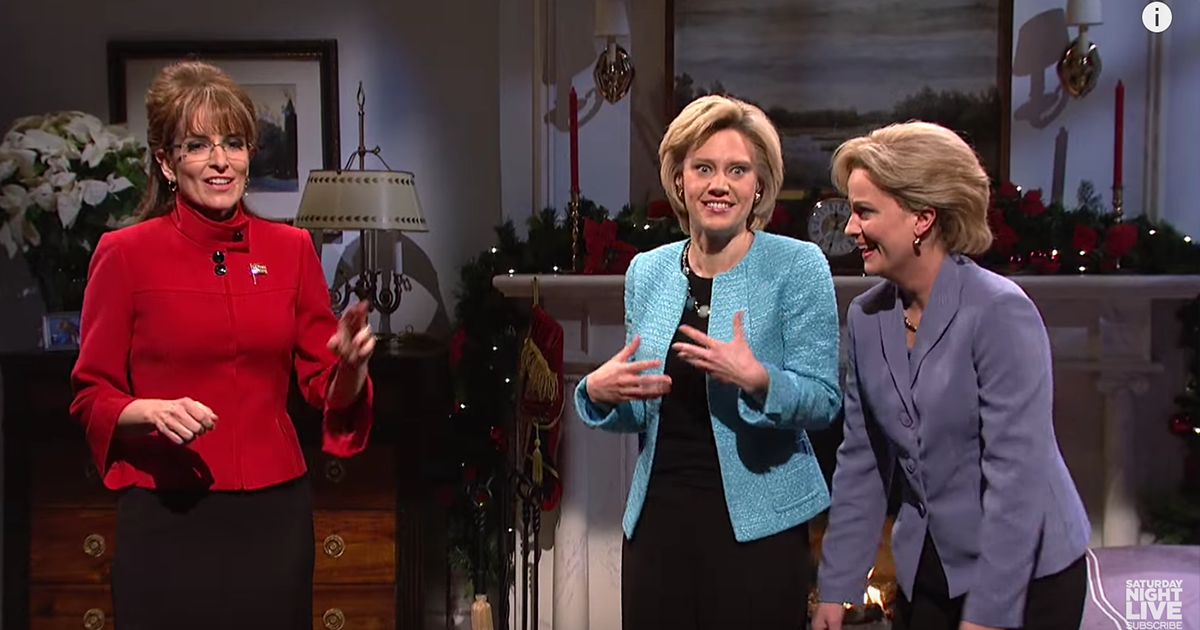 There is nothing better than "Saturday Night Live" during a presidential election season. If the insanity of Tuesday's CNN Republican Debate and the crappy moderators at the ABC Democratic Debate have you ready to tear your hair out, you need only wait for "SNL" to make it all better.

This week's hosts Tina Fey and Amy Poehler crushed it. Tina Fey, of course, reprised her role as Sarah Palin and Amy Poehler as 2008 Hillary Clinton stood alongside Kate McKinnon's new Hillary Clinton for a Very Hillary Christmas. "You changed your hair!" 2008 Hillary exclaims seeing the new version of herself. The 2008 Clinton was able to impart a great deal of wisdom on 2016 Clinton, telling her not to get too confident because "someone named Barack Obama stumbled out of a soup kitchen with a basketball and a cigarette and ruined my life."

2016 Clinton reassures 2008 Clinton everything was going to work out because the GOP frontrunner is Donald Trump. "Oh my god, we're going to be president!" 2008 Clinton explodes with excitement.

But the celebration is short-lived when who should appear but Sarah Palin! "Oh geez, it looks like I went through time and space," she said, seeing both Clintons. "What the heck! I landed in the bedroom of a lesbian couple!"

Finally, Palin recognizes the 2008 Clinton. "Oh yeah, we ran for president together," she said. "You poor thing, I heard that after you lost you had to become a secretary," she joked talking about Clinton becoming President Barack Obama's Secretary of State. "Oh, I was paired up with that cute little John McCain fella, may he rest in peace, I'm guessing," she joked. "Gaw, I remember he was great. I remember he had that real funny sayin', he'd say 'Sarah, you're the worst thing that ever happened to me!'"

The sketch was absolutely everything, check it out: