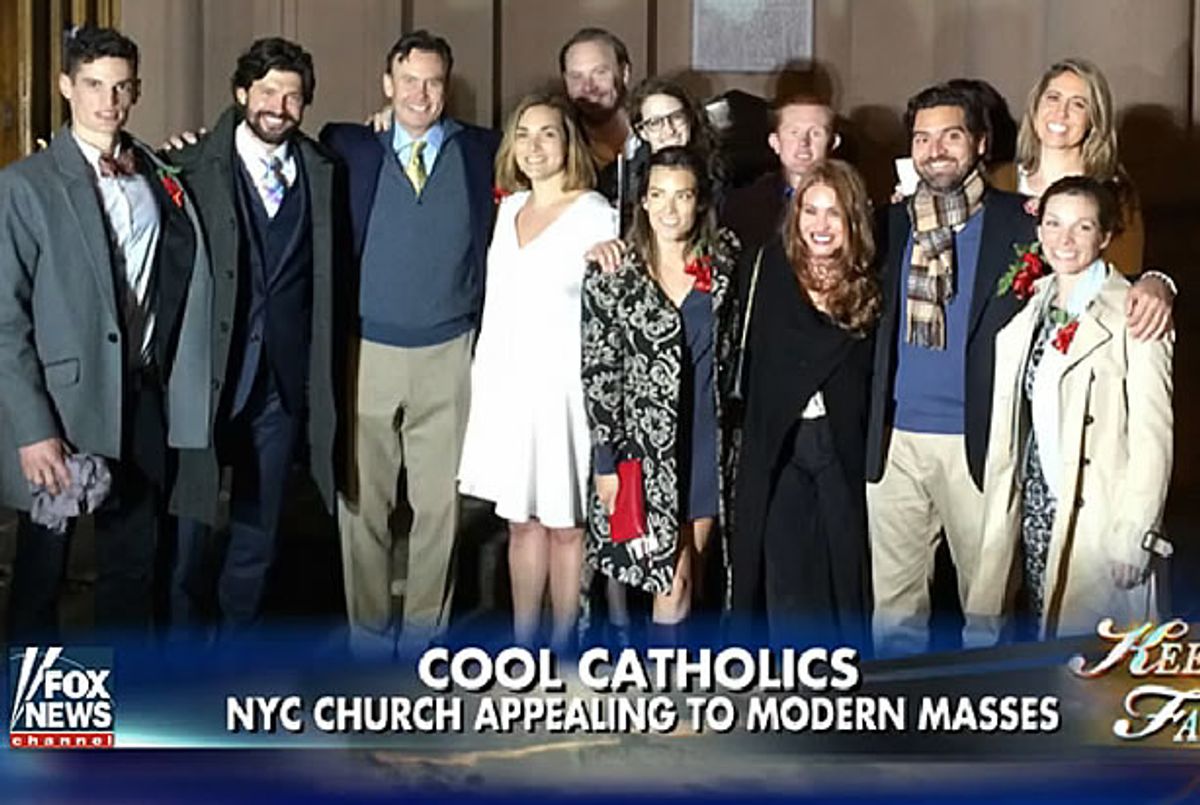 In what is clearly a pathetic ploy to lure attractive people back into the fold by advertising the fact that those already in it are equally attractive, Hasselbeck spoke to three members of the so-called "Sexiest Church in New York City" about their congregation.

All of those pictured in the various photographs displayed during the segment were white, but surely that's a coincidence -- myriads of people of color were perched at the edges of the photographs, not included in frame by accidents of history, like urgent phone calls, spilled red wine, and a decided lack of diversity.

Even if there are non-white parishioners -- even if the Church hierarchy is as diverse as conservatives believe Barack Obama wants all future White Houses to be -- the manner in which Fox News presented the congregation is certainly telling.

"You are one hot congregation," Hasselbeck said. "How does that feel?"

"It's very flattering," Mark Ciolli responded. "We can't take credit for that, all we can say is the congregation and community we experience at St. Pat's [Old Cathedral] is incredibly beautiful and attractive, and we want people to come share that with us." (Even if they're not "incredibly beautiful and attractive"? A real journalist would've pressed, but alas, this was "Fox & Friends.")

"Ashley, why did you start going to this church?" Hasselbeck asked Ashley Marchetta.

"I was really looking for a sense of community," she replied, "a lot of young people who were like me, who had the same struggles and same goals, but wanted to keep their faith alive."

"Carlos," Hasselbeck asked Carlos Olson, the third person on her panel, "what it is that keeps you coming back -- that keeps you attracted to these attractive people at this congregation?"

"I'd never been a church-goer," he replied, "but when I started coming here, I just kept coming back, because the message is profound, and we have a bunch friends who go for dinner, and then to Mass, and then for drinks after."