The Boston Globe's Annie Linskey reported it, but without the evident glee of Fox News 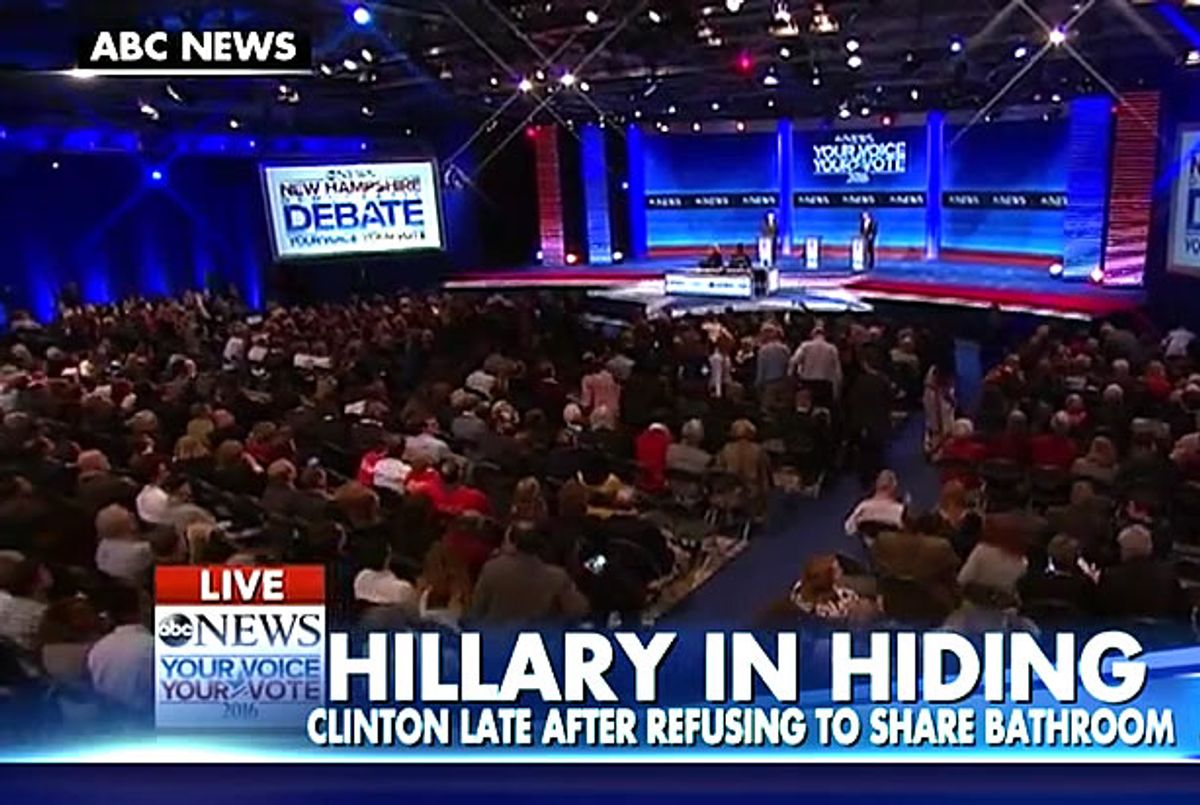 The Boston Globe's Annie Linksey reported Sunday that Hillary Clinton's absence from the podium during the previous evening's Democratic debate was, in fact, "[a]n unexpected line for the loo" -- which was, of course, always the most likely reason for her delay.

According to Linksey, Lis Smith -- Martin O'Malley's "caffeine-guzzling deputy campaign manager" -- beat the former secretary of state to the restroom, and was allowed to use it first by a Clinton staffer "who was strategically posted outside the bathroom (presumably to avoid these kinds of situations)."

Clinton apologized when she returned to the stage, but for Fox News viewers -- who, to be frank, weren't interested in listening to what she had to say anyway -- that momentary absence was "easily the highlight of the debate."

Fox News' attention on this story is particularly confusing because one of the key demands made during the mob-style GOP debate summit was that moderators would not be allowed to acknowledge when candidates take bathroom breaks.

Watch the Fox News report on "the moment everyone's talking about" below.