The bearded Mast Brothers charge $10 for a chocolate bar 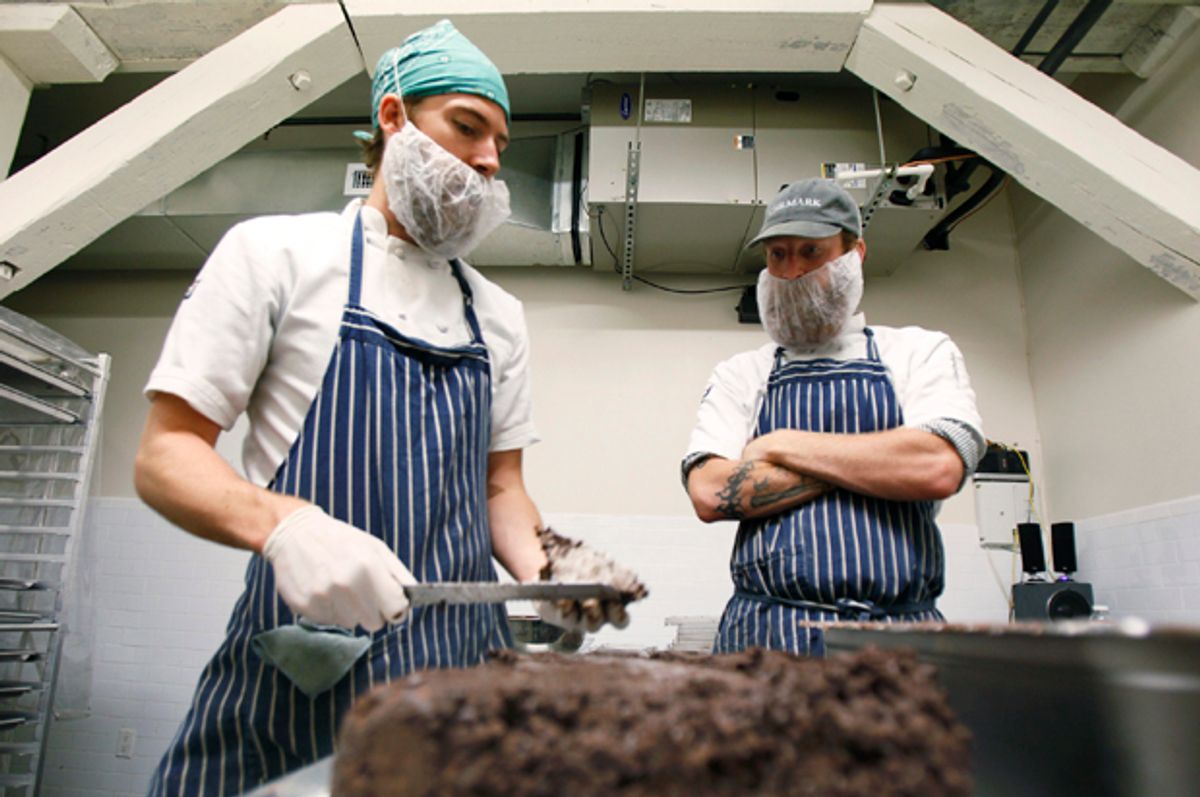 Earlier this month, a food blogger published a four part series accusing the Mast Brothers of falsely claiming that their overpriced chocolate has always been made from scratch.

The hipster, bearded chocolatiers claimed their chocolate was “bean to bar” but chocolate experts claimed “If you were to ask the world’s top chocolate reviewers to rate bars, Mast Brothers would hit in the bottom 5 percentile.”

Today the brothers responded to accusations saying "To set the record straight, before we opened our first chocolate factory, my brother and I experimented and honed our craft constantly for nearly a year, which is typical for any entrepreneur, craftsman, and innovator. At that time, in addition to making chocolate from bean to bar, we also tested with couverture Valrhona."

"And while we never claimed to make all our chocolate exclusively from bean to bar in those early days, we did describe ourselves as a bean-to-bar chocolate maker. Since we were in fact making chocolate from bean to bar, we honestly thought we could say as much. We sincerely apologize if you or any of our other loyal customers feel they were misled about the chocolate we made when our company was just getting off the ground."

At least the packaging is pretty.