Leila Abdelrazaq was interrogated for sketching at U.S. border. Then she was smeared across right-wing media. 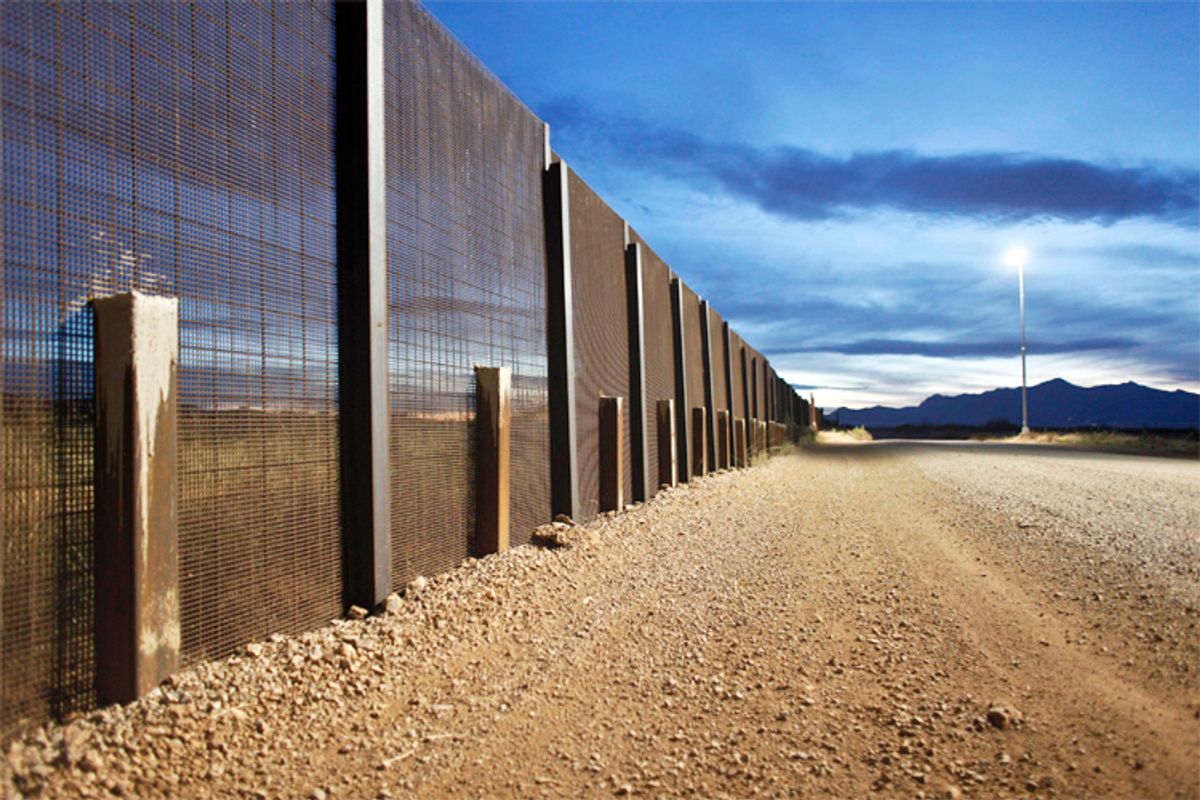 Palestinian-American artist and author Leila Abdelrazaq was detained and interrogated in Arizona, near the Mexican border, because of notebook sketches and Arabic writing. After her brief detainment, right-wing media outlets distorted the story, spreading myths and blatant lies that the young woman was supposedly leading a terror plot.

"I had never seen the U.S.-Mexico border before, and since my next project is about immigration and borders, I just wanted to see it for myself," Abdelrazaq explained.

"Alongside my sketches, I included notes in both Arabic and English that poke fun at my choppy Arabic. I didn't realize self-deprecation would get me in trouble," she added.

Abdelrazaq's graphic novel "Baddawi" was featured in VICE in early December. She wrote the book during her time as a student at DePaul University in Chicago, based on anecdotes from her father's life in a Palestinian refugee camp in Lebanon.

The 23-year-old artist was in Nogales, Arizona on Dec. 2 to research her next art project. She and her friends were near the border for just a few minutes. Abdelrazaq was sketching the scenery in her notebook when U.S. Customs and Border Protection officers approached and asked them to leave. They obeyed the orders.

While they were leaving, however, the customs agents saw Abdelrazaq's sketchbook with Arabic writing and detained her. They interrogated her for four hours and demanded that she hand over her sketchbook.

Eventually, U.S. Customs gave the young artist her sketchbook back and let her go.

"For most people, drawing and writing near the border would not be cause for suspicion. But the fact that Ms. Abdelrazaq's sketches and writing raised red flags for the [U.S. government] is a reflection of the growing scrutiny Muslim and Arab Americans face from law enforcement," remarked Palestine Legal, an independent organization that says it is "dedicated to protecting the civil and constitutional rights of people in the U.S. who speak out for Palestinian freedom."

"Islamophobia, fueled in large part by hateful, bigoted rhetoric by presidential candidates and right-wing media, is on the rise in this country," said Palestine Legal staff attorney Rahul Saksena. "Last time I checked, sketching near the border and writing in Arabic were not crimes."

Right-wing media outlets and blogs like Judicial Watch and American Thinker grossly distorted the story, spreading completely unsubstantiated rumors about Abdelrazaq, implying she was detained for planning a terrorist attack. Right-wing website the Daily Wire News falsely claimed "the woman was working with several accomplices in preparation for what could be a major attack." Far-right anti-Muslim pundit Allen West posted the story on his blog, titled "SCARY: Middle Eastern woman just caught at U.S. Border."

This incident is reminiscent of the blatant lies spread by right-wing news outlets about Saadiq Long, a Muslim-American Air Force veteran they accused of joining ISIS without any evidence. In reality, Long was detained at the border for immigration procedures, and was not even charged with a crime.

"As nervous as being detained made me, what was even scarier was definitely the response from the right-wing media. It really is part of a massive campaign of fear mongering against Arabs and Muslims," Abdelrazaq told Salon.

"We can't only blame that atmosphere on certain presidential candidates," she stressed. "Yes, particular individuals might have aggravated the situation recently, but we can't forget that this kind of stuff is only able to occur because of an atmosphere that has been building over the course of the past 10-plus years."

"It is only natural that the very bigotry and racism used to legitimize wars and occupations waged against Arabs and Muslims abroad would also impact the way we are treated here in the United States," Abdelrazaq added.

Islamophobia, anti-Arab racism, and xenophobia are at record-high levels in the U.S., amid anti-refugee policies advocated by the House of Representatives and dozens of governors and anti-Muslim rhetoric from Republican presidential candidates like Donald Trump and Ben Carson.

Anti-Muslim hate crimes have tripled in the U.S. since the November Paris attacks. There have been dozens of incidents in recent weeks, including shootings, arsons, assaults, death threats, and more.

Just days ago, a Virginia district closed all of its schools after a parent complained that high school students were learning about Arabic religious calligraphy in a geography class.

"When you boil it down, this is just a story about a U.S. citizen sketching near the Mexico border. The right-wing media's overreaction is more an indication of their racism and Islamophobia than anything else," Saksena said.

"Unfortunately, in a time when hate crimes, threats, and harassment against Muslims and Arabs and those perceived to be Muslim or Arab are on the rise, the right-wing media's sensationalization of this story can have real and harmful repercussions," he added.

Saksena told Salon that Palestine Legal will "continue to work with Leila and monitor any further developments that arise form the incident and the right-wing media's coverage."

Abdelrazaq said she was disturbed by her treatment at the hands of authorities, but noted that this kind of injustice at the border is commonplace for refugees and migrants. This is why she chose it as the subject for her next artistic project.

"What my friends and I experienced was definitely invasive and upsetting, but it was nothing compared to what others (particularly non-citizens) endure at the hands of these institutions," Abdelrazaq told Salon.

"Needless to say, the whole situation was absurd and Orwellian," she added. "As a U.S. citizen, you often operate on the assumption that your basic constitutional rights are going to be protected, but this incident was a chilling reminder that this is not always the case, especially if you are the 'wrong' kind of person, and you are in the wrong place at the wrong time."