When we just talk about how the Sanders campaign accessed unauthorized data, we're ignoring the bigger picture 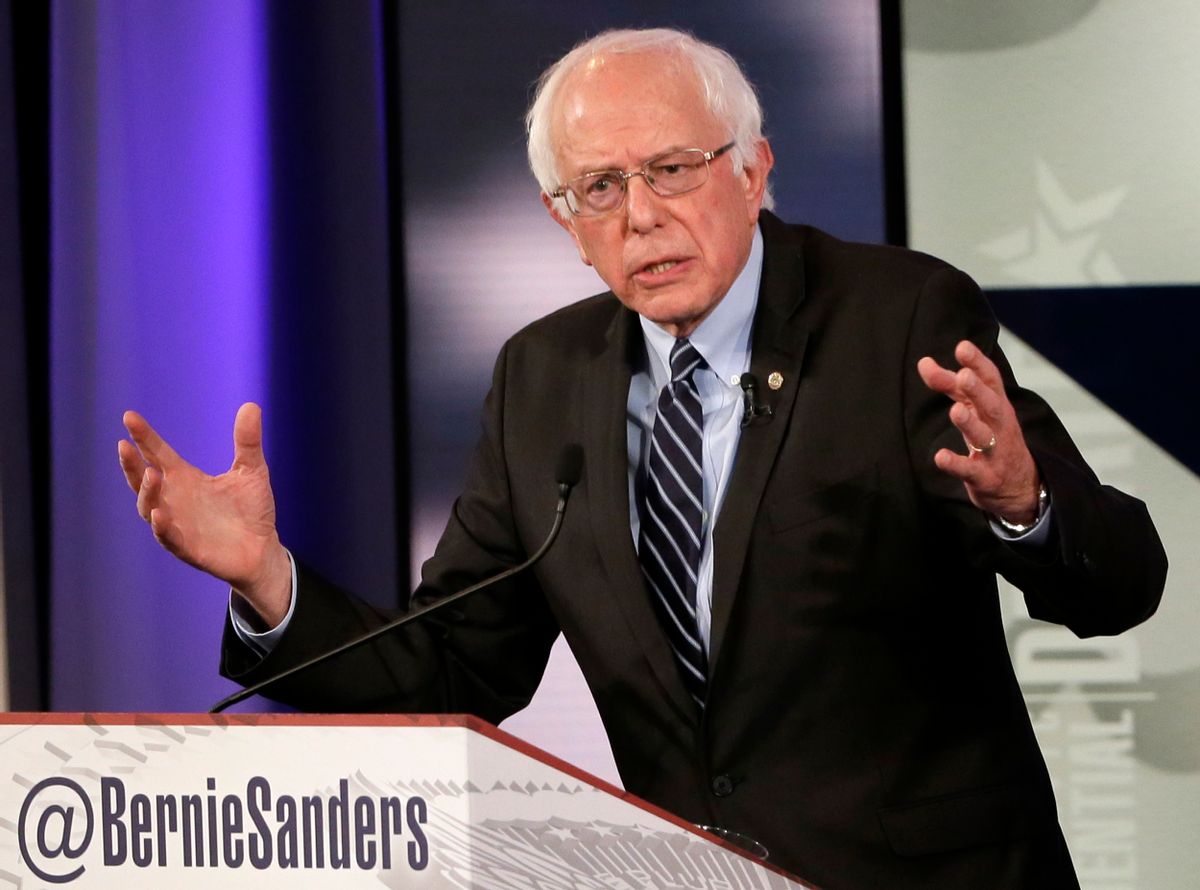 The controversy between Bernie Sanders’ campaign and the Democratic National Committee over a voter data breach yielded predictable reactions. The political reporters spotlighted the larger rift between Sanders and the DNC, the explainer journalists explained the importance of the voter file, and the pundits punditized about the threat to succeeding President Obama in 2016.

But there’s a crater-sized hole in this reporting. The reason this controversy sprung up in the first place is that the DNC has been facilitating a monopoly, with all the usual results from that decision. In fact, it’s a case study in why policymakers should aggressively protect against monopolies.

NGP VAN, the private company that provides database software for voter information, has a sole-source contract with the DNC. And the DNC exploits this to force state parties and candidates that want their voter data, which has been refined and sharpened by campaigns for years, to use NGP VAN.

This gives the DNC incredible power to dictate who gets to see the voting history and contact information for every registered voter in America. It also creates enormous potential risk.

What you need to know about the VAN, as veteran campaign consultant and county party official David Atkins points out, is that it’s not particularly good. I can back that up, based on my experience with it as a volunteer data coordinator in 2008. I’m told that the VAN (and those who use it routinely refer to it that way, with the “the”) hasn’t improved much since then. And why should it? When you have a sole-source contract, you have little incentive to provide quality service.

In this case, the firewall between the presidential campaigns, necessary because they’re working from a shared database, failed. Both Atkins and the Sanders campaign have called this a common occurrence. Simply separating out the individual databases, or using multiple providers that integrate new information dynamically as it’s generated, would solve the problem. But again, NGP VAN has no incentive to spend money to do that.

Their fail-safe to ensure that campaigns don’t habitually pilfer one another’s data when this happens is to save and record all actions taken by anyone logged into the VAN. That’s why we know that four Sanders campaign staffers pulled voter lists of Clinton data – it was seen in the audit logs.

But the Sanders/DNC flap was an early warning system about the consequences of a monopoly software provider. Because a dropped firewall isn’t the only potential hazard. What if a bug in a software update – the reason for the firewall problem, according to the DNC – causes the system to crash, or fail to update, or deliver incorrect information?

We don’t have to guess about the outcome. It happened to the Romney campaign on Election Day in 2012. Orca, the system the Romney campaign relied on to get out the vote, failed miserably, preventing poll watchers from plugging in “strike lists” of who voted into the campaign database. 37,000 campaign volunteers did virtually nothing of value the entire day, as the Orca app wouldn’t allow users to log in.

I recall Democratic campaign operatives laughing heartily at the Romney campaign when this all came out. But if the VAN similarly failed at a key moment, because of the way the DNC has this set up, nearly every Democrat running for office in America, from the President on down, would feel the effects.

What this is called, in business terms, is a supply chain that lacks resiliency. It would be as if all goods from China used one company’s shipping containers, or if every farmer in America had access to only one company’s trucks. One logistical glitch creates a global rather than a localized catastrophe.

You wouldn’t set up your business that way, because it would be stupid to generate that much needless risk. But the DNC has an incentive to perpetuate the monopoly: in a post-Citizens United age, much of their power derives from being able to dictate data access, as we saw with the Sanders campaign.

The DNC believes that centralizing the data gives them an advantage over their Republican rivals. The easiest rebuttal to this is that the California Democratic Party, one of the few with big enough internal resources to reject the DNC’s persuasions, uses a different software provider, Political Data Inc. This doesn’t appear to have hurt one of America’s strongest states for Democrats. And there are other software solutions out there as well.

What’s important for Democratic campaigns is not the software, but the underlying data. Anyone can serve that data and give campaign tools to slice and dice it. Third-party mobile apps and other tools are constantly innovating the employment of campaign data. But the DNC has decreed that all these apps must flow through NGP VAN.

There’s a compelling theory that the DNC leaked the controversy about the Sanders campaign to distract from the data security failure of their sole-source vendor. Indeed, whether political connections or mutual backscratching drives the relationship between the DNC and NGP VAN, it’s clear the two entities are intertwined in a way that raises Democratic vulnerabilities for no good reason.

This is one reason why we should discourage monopolies. In addition to the ways monopolies use their market power to raise prices while degrading quality of service, they magnify risk through an undiversified supply chain. They suppress innovation by denying competitors access to customers. They increase inequality, as monopolists grow in economic and political power. That the DNC, the supposed party of the little guy, has created a monopoly in political technology should be hard to swallow for its members.

During Saturday’s hidden Democratic debate (which is a whole other DNC story), both Bernie Sanders and Martin O’Malley referred to the need to aggressively enforce antitrust laws that have been on the books for over 100 years. They both used the concentration of the big banks as an example of the need for stronger antitrust enforcement. They could have used NGP VAN.