Donald Trump has freaked-out wealthy donors who typically pick candidates, and one has a dumb plan to fight back 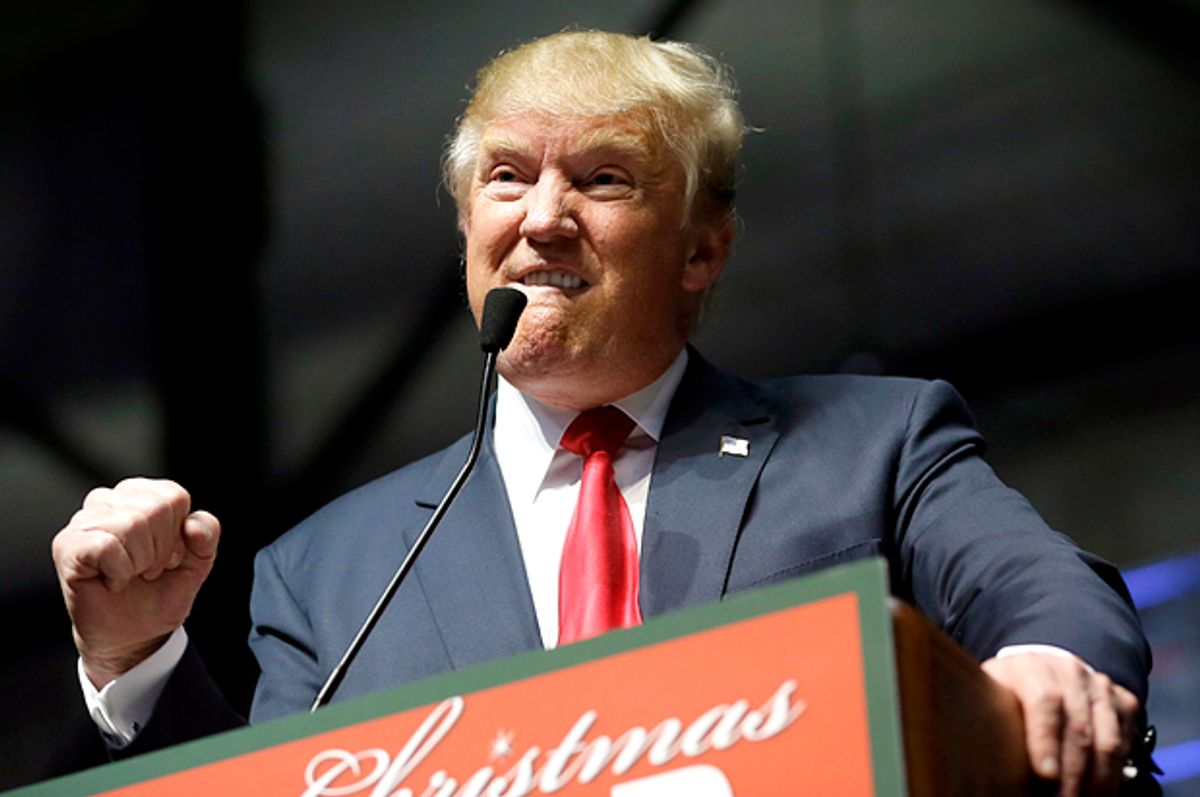 If there can be any positive development gleaned from the popularity of the Donald Trump radioactive campaign sewage train, it’s that he’s thoroughly freaked out some of the wealthy and self-important people who, up to this point, have been reasonably confident in their ability to determine electoral outcomes.

One of those people is billionaire T. Boone Pickens, who has thrown money at Jeb Bush and other Republican candidates only to see them wither in the face of the Trump onslaught. This is not the return on investment that Pickens was looking for, so he’s written a LinkedIn post or blog or whatever laying out his “big idea” for making sure that in the future we don’t just allow any old person to run for president: a bipartisan committee that will pre-approve acceptable candidates for the presidency:

Certainly we can do better than what we’re doing. We now have a presidential election process that penalizes success and accomplishment and rewards those without battle scars from business or politics. You don’t have a record of achievement? Well, then the media shies from tough scrutiny.

My big idea for 2016 is to put together a bipartisan screening committee that vets presidential candidates like we do anyone else applying for a job and recommends the best candidates possible. We have people running for president now who don’t even have experience running a lemonade stand.

“We’ve turned our presidential selection process into a reality TV show,” Pickens complains, offering an unsubtle indication as to which candidate has gotten under his skin. “Right now we have a process that emphasizes accusation and innuendo… And just like reality TV, there is too much of an emphasis on the inconsequential and the irrelevant.” So this little committee of his is going to fix all of that by making sure only the serious people make it through.

It’s a superbly undemocratic proposal and serves mainly to make official the fact that elite consensus is generally what motivates the candidate selection process. Pickens actually complains in his post that “pretty much anyone can run and be elected President,” but that’s not true – to run and win you have to ingratiate yourself to the wealthy and powerful to win their blessing. Pickens is having a moment of panic because Trump is winning despite not having gone through the appropriate channels for a presidential front-runner, so now he wants to set up an additional hurdle in the form of this silly committee.

But who gets to sit on the committee? I imagine Pickens envisions a panel of individuals much like himself who all believe that success in business automatically translates to political knowledge and an innate sense of what is best for the country. But really it doesn’t matter which people are selected for the committee. What matters ultimately, in his ridiculous political worldview, is that the committee is bipartisan. For you see, any process that features a precisely balanced number of Republicans and Democrats is almost guaranteed to arrive at happy, centrist compromises that are broadly acceptable to all parties. Just look at the Federal Election Commission – it has an equal number of Republican and Democratic commissioners, and by God, it is the very model of efficient and effective oversight.

And which candidates would make it through the screening process? Would, for example, Carly Fiorina stand a chance? Her “record of achievement” consists primarily of driving Hewlett-Packard into a ravine and causing tens of thousands of people to lose their jobs before gliding off on a $21 million golden parachute. Would that get her through the T. Boone Pickens Selection Committee? I can’t say, but what I do know is that Pickens donated $25,000 to Fiorina’s super PAC in 2014 and hosted a fundraiser for her in September, so it seems like she’d at least be a strong favorite for designation as one of the “best candidates possible.”

I’d also note how deeply ridiculous and ironic it is for T. Boone Pickens, of all people, to complain that politics has become too reality TV-like and that “we have a process that emphasizes accusation and innuendo.” You may remember the wealthy Mr. Pickens from his high-profile support of the Swift Boat Veterans for Truth, a group that became famous during the 2004 presidential election for its, ahem, accusations and innuendos about John Kerry’s Vietnam service. But if your memory doesn’t stretch back quite that far, you might remember that in 2007, Pickens issued a defiant challenge to anyone claiming that the Swift Boaters had lied and offered a $1 million reward for anyone who could disprove any of the group’s allegations about Kerry. A group of veterans aligned with Kerry took up the challenge and debunked several of the Swift Boat lies in a letter to Pickens, but Pickens weaseled out of paying up by retroactively changing the terms of the deal. A high-profile challenge? A cash reward? A dishonest betrayal at the last second? Sounds like reality TV to me.