Cage didn't break the law when he bought a dinosaur skull, but it does have to go back to Mongolia—here's why 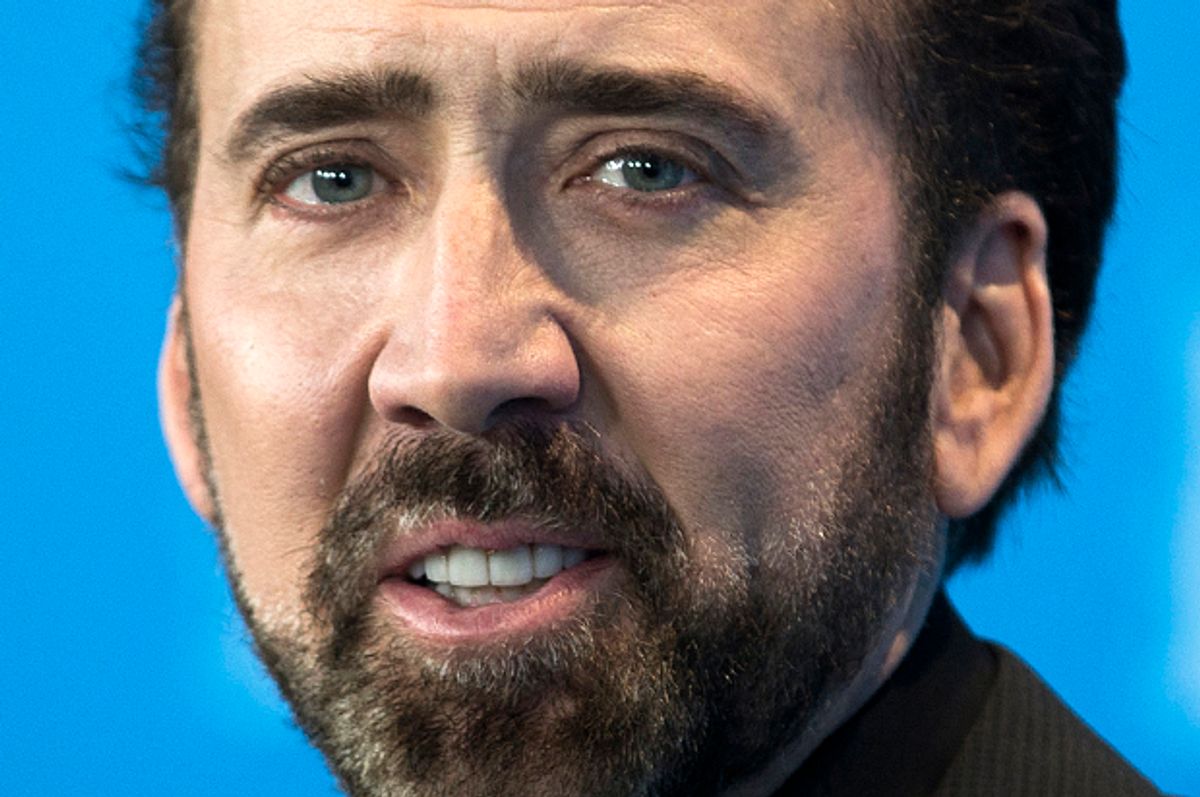 The actor Nicolas Cage has agreed to return a fossilized dinosaur skull back to the people of Mongolia — a skull that he reportedly outbid Leonardo DiCaprio for at auction. News reports are describing this skull as that of a “Tyrannosaurus bataar,” which is how it was tentatively identified when first discovered, but it has since been reattributed as a “Tarbosaurus bataar” to reflect its differences from the former. These fossils are fairly rare and scientifically important, which should be self-evident on the basis of the fact that it is now understood to be a Tarbosaur, or an Asian tyrannosaur.

To my great disappointment, neither Leo nor Nic responded to my attempts to verify whether or not they did, in fact, engage in a bidding war over this item, or where the toothsome skull may have been parked in the Cage residence. I have SO MANY QUESTIONS, some of which only they can answer. But if Cage bought and paid for it, why does he have to give it back? Answering that one is easy.

Across the ages of Man, humans have collected objects of all kinds, starting with pebbles plucked off the ground and squirreled into pockets. When those pebbles turn out to be raw diamonds, serious money can change hands. If you found them, do you own them? It depends. Cage’s enthusiasm for dinosaurs accidentally lured him into a labyrinth of international laws governing a quirky—and sometimes illegal--corner of the luxury marketplace: the fossil trade.

The source of Cage's fossil was a "commercial paleontologist" named Eric Prokopi, who recently pleaded guilty to conspiring to import illegally obtained fossils from Mongolia. Why this situation is so funny, I suppose, is because Cage starred in “Adaptation,” a 2002 film based on Susan Orlean’s nonfiction book, “The Orchid Thief,” about an unscrupulous plant dealer who decided to clone a rare orchid for profit. Now Cage’s real life has collided with a different segment of the same weird world of passionate amateurs, where love and greed drive people to unusual lengths to achieve their dreams.

There is money to be made in the illegal trade of exotic animals, including the extinct kind, enough to incentivize the unscrupulous to poach. The last sauropod to generate this much controversy was a Tyrannosaurus Rex named “Sue,” after Sue Hendrickson, the paleontologist who discovered the fossils in South Dakota in 1992. The ensuing battle over ownership ended up with the IRS investigating, the Feds seizing the fossils, and the team leader, Peter Larson, going to jail for customs violations that, ironically, had nothing to do with this particular find. When T-Rex Sue finally went up for auction, this nearly complete skeleton fetched 7.6 million dollars per one source (8.3 million according to another), which went to the owner of the land that had been harboring those fossilized bones.

The U.S. does not consider fossil finds to be part of the “patrimony,” a complex term that generally invokes a cultural good that is intrinsic to the land and its people. In other words, if Americans find a dinosaur on their own property on U.S. soil, then they own it, and they can sell it. “You could grind it into powder or mount it over the mantle,” explains Jeff Wilson, Associate Professor in the Department of Earth & Environmental Sciences and Associate Curator of the Museum of Paleontology at the University of Michigan. “Under those circumstances, we have no legal footing to argue against commercial collecting.”

But this is not the case in places such as Mongolia, the source of Cage’s skull. There, the opposite holds true, and to sell fossils breaks the laws of a sovereign country. So how does this work in real life, given that paleontologists conduct field research all over the world, including Mongolia, a site that has been systematically worked since the 20th century with teams coming from Sweden, Russia, Poland, and the U.S., among others? Should you stumble across a rare rock shaped like an ancient demon on your trip to China, it — in the immortal snarl of Indiana Jones — “Belongs. In. A. Museum.” Many scientists would argue this always the ethical option, even if you found the demon rocks in the U.S.  In any case, the team that discovers a new dinosaur, even on foreign soil, receives the scientific credit. That team often removes the fossils to a different country — say, Canada — with specialized teams and facilities to handle the work of preparation, molding, and casting. But the actual bones still belong to the country where they were found, and they are repatriated after being prepped and studied.

Field work thus stands at the intersection of international law, government diplomacy, and extreme travel to remote locations. The general public may think about dinosaurs in terms of the science fantasy of “Jurassic Park,” but the real world of paleontologists is filled with intense human drama because, literally and figuratively, the work crosses and challenges so many boundaries.  Earlier this year, for example, Wilson was involved in a tweet-storm regarding a four-legged snake-like fossil Tetrapodophis (Martill & Longrich 2015). As Wilson explains to Salon, this fossil was very likely illegally collected from Brazil – which along with Morocco is one of the main hotspots for illegal commercial collecting of dinosaur-age fossils. The lead author on that paper “has expressed his bullish attitude towards Brazilian fossils & the laws meant to protect them before,” Wilson tweeted. “He basically said he didn't give a damn.”

In addition to the complex ethical and legal issues informing fossil collecting, there are also the more abstract conditions of economic and cultural power summed up under the rubric of “scientific imperialism.” It is typically wealthier industrialized nations such as the U.S. and the UK that can afford to fund costly expeditions into remote areas of underdeveloped countries where the richest repositories of fossils can be found, and the competition to make new discoveries is at least partly driven by a swaggering spirit of nationalist one-upmanship. The sheer cost of mounting an expedition also underscores the fact that science does not operate inside a vacuum, and that science cannot advance without financial support.

Those who defend commercial collecting, where the motive is not scientific discovery but commercial gain, argue that these actions protect the physical integrity of the fossils, which will surely be destroyed by accident or simply disappear from memory if left in the ground. Where commercial sale and purchase of fossils can be most helpful is when the specimens are plentiful and scientifically superfluous, such as trilobites, which can help get kids and amateurs excited about studying the natural world. Where it can go wrong is via exploitative actions—which may be legal, but ethically wrong-- and illegal activity such as smuggling, which shove aside noble intents in the name of maximized profits.

Because Cage’s fossil came from Mongolia, it was acquired illegally, and must be returned. Having purchased his fossil through an auction house, Cage acted in good faith that it was acquired legally. He is acting rightly by returning it to the country from which it was stolen. It’s such an oddball story—with so many more nuances and unusual characters than can be described here--that it ought to be a movie, starring Leonardo and Nicolas as themselves.