All you want for Christmas is an orgasm? You might be in luck

Holidays mean more orgasms for some Americans: “Christmas is a great time for people to get a little more playful" 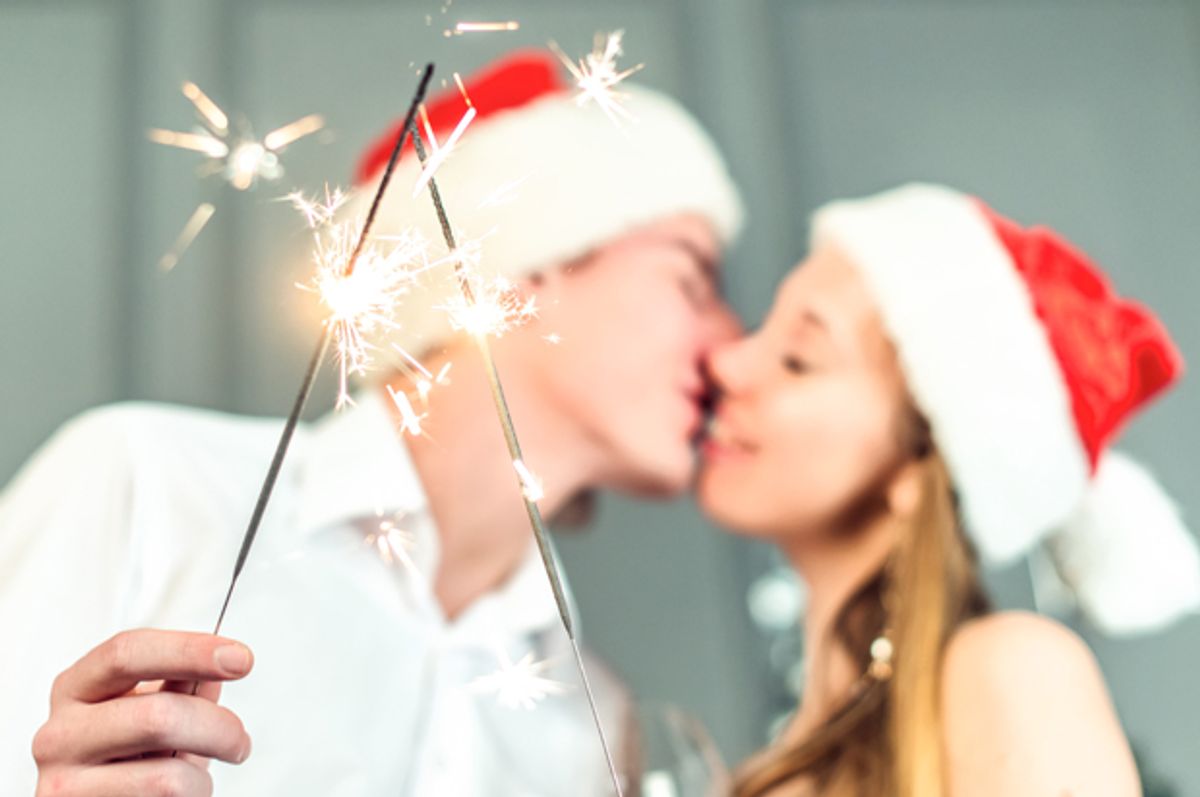 According to a national survey by the adult sex toy shop Adam & Eve, 34 percent of Americans orgasm three times more often over Christmas than during other times of the year. Sixty-one percent of couples who responded to the survey say they use sex toys, lingerie and mistletoe to make sex during the Christmas season more exciting. Christmas drinks were also credited with helping make things more interesting in the bedroom.

Kat Van Kirk, Adam & Eve’s resident sexologist, says, “Christmas is a great time of year for people to get a little more playful and try something new. Spontaneity is important, especially in the bedroom.”

The survey revealed that one in four couples used sex toys to help spice up the season. An “adventurous” 47 percent said they are just as likely to use sex toys during Christmas than any other time of the year. A confident 67 percent claimed they make good lovers all year round.

Those in the Northeast were most likely to assert that their partners were better lovers during the Christmas season, while those in the Midwest and Southeast found the holiday season had little influence on their sex lives.