Behold the Ben Carson shambles: Once a GOP frontrunner, his campaign is collapsing and flailing

As he sinks in the polls, Ben Carson's organizational failures are sending his campaign into a death spiral 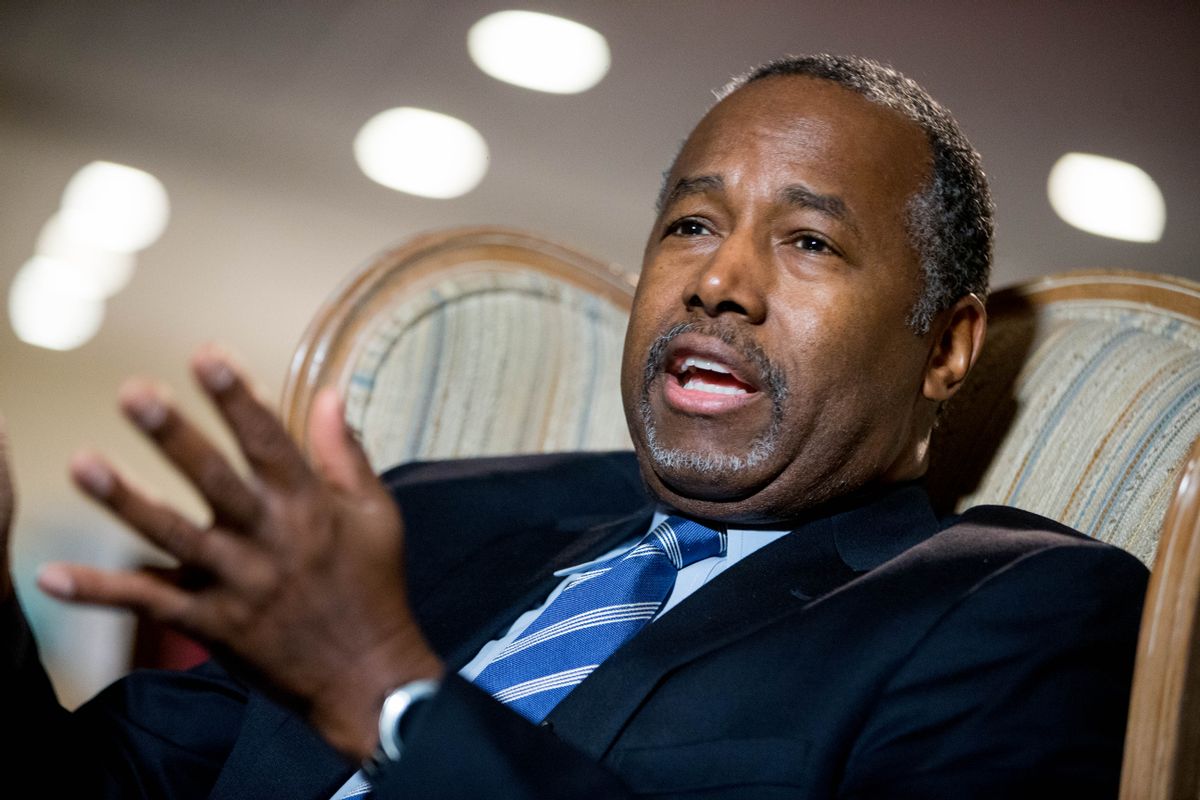 Ben Carson’s presidential campaign is in trouble. Everywhere you look, there are big red warning signs flashing urgently and signaling the coming collapse. In the last month and a half, his national polling numbers have crashed from a tied-for-first 25 percent to a fourth-place 10 percent. In Iowa, where he was positioned to dominate among the state’s evangelical conservative voters, he’s crashed from a field-leading 30 percent to, once again, fourth place. In New Hampshire he was once runner-up to Donald Trump; now he’s languishing in the basement with Carly Fiorina and Rand Paul.

The broadly accepted reason for the Carson implosion has been his impossible-to-ignore unfamiliarity with the basics of national security and foreign policy, which sunk him in the aftermath of the Paris terrorist attacks and the San Bernardino shootings. And while that’s undoubtedly true, his troubles were magnified by the fact that his campaign organization is a shambolic and chaos-ridden operation that does nothing for the candidate besides raise money.

This crippling disorder is very much Carson’s fault, as he doesn’t seem to understand how to manage or coordinate with his subordinates. Yesterday he gave an interview to the Washington Post and suggested that he was planning an overhaul of his campaign staff and strategy – the “shake up” that so many past struggling campaigns have slogged through in a last-ditch attempt to arrest the skid into oblivion. “I’m looking at every aspect of the campaign right now,” he told the Post. “Everything is on the table, every job is on the table. And we’re going to analyze it very carefully.” As it turns out, he hadn’t coordinated with his staff before saying this or even told his campaign manager that he was having an interview with the Post.

And so a scramble ensued as the campaign tried to clean up the mess the candidate had made. This culminated with Carson himself going on CNN and disavowing what he had told the Post.

But disorder of this sort was inevitable given that Carson’s campaign doesn’t really do much besides raise money and pay vendors and consultants to raise more money. The Wall Street Journal got its hands on some of the campaign’s internal budget documents, which showed that it is “spending almost all of its financial resources to reach new donors.” In October, the Journal notes, Carson raised $8.8 million, but “the campaign listed $7.4 million of finance costs, including $1.9 million for social media, $1.9 million for direct mail, $1.3 million for telemarketing and $608,000 each for ‘email marketing’ and ‘search display advertising.’” The Carson campaign’s primary function is to serve as a middleman between its donors and its consultants.

This arrangement was unsustainable even when Carson’s fundraising was robust. But with his numbers crashing nationally and in the early states, one has to think that the fundraising totals are dropping as well. That means the campaign can’t keep paying its fundraising consultants, which means the fundraising drops even further. It’s a vicious death spiral that likely precipitated Carson’s remarks to the Post about cutting salaries and rearranging staff.

Obviously no candidate would want to be in this position with just over a month to go before the first nominating contest. All candidates stumble, but they rely on their staff and organization to break the fall. Carson’s problems are made worse by the fact that he clearly never took the time to put together a competent organization, and he obviously doesn't know how to run a successful political campaign. Amid all this confusion and disarray, we’re left to wonder what is actually going on with the Carson campaign. Nobody, including Ben Carson, seems to know.